Senior Astronomer at the Search for Extraterrestrial Intelligence (SETI) Institute says that receiving messages from alien civilizations would have profound consequences for human civilization on earth.

© Flickr / European Southern Observatory
Signals to Alien Worlds Pose No Threat of Invasion - US Chief Researcher
"Having a transmitting project might give valuable insights into how to conduct our (ongoing) SETI receiving experiments. Maybe if we are forced to confront the difficulties of transmitting messages across light-years of distance, we'll better know how to listen," Shostak, who is also a Chair of the International Academy of Astronautics SETI Permanent Study Group, said.

The scientist's comments came as a fresh debate ignited over fresh plans by astronomers at SETI Institute in California who aim to transmit powerful radio messages from earth into potential habitable regions around stars.

Dr David Brin, a fellow with the Institute for Ethics and Emerging Technologies and a consultant to NASA, told Sputnik that there are a vast range of potential advantages to communicating with possible alien worlds, but they need to be compared carefully to the list of drawbacks before further attempts are made to send messages into space signposting human civilization.

© AP Photo / NASA
NASA Plans Mission to Look for Alien Life on Jupiter’s Moon Europa
"I am well aware of the vast range of possible benefits. These must be listed and compared — carefully — to the list of drawbacks, and many of the latter are not about destruction by alien invaders," Brin said.

Brin explained a wider debate was needed to consider the possible implications of such a move and highlighted that despite scientists on earth listening for signals from possible alien civilizations since 1960 mystery continues over why no alien signals have been heard on earth.

"All participants in the broad discussion agree that – if anyone truly is out there – they are more difficult for contemporary 21st Century humanity to perceive than optimists of the 1960s expected," he said.

Speaking from California Shostak added that that receiving messages from alien civilizations would have profound consequences for human civilization on earth. 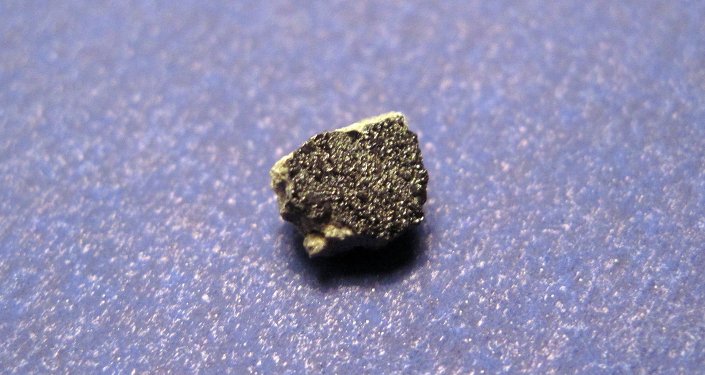 © Flickr / Jon Taylor
Meteorite From Mars Contains Alien Biomass: Scientists
"If an active SETI experiment were successful in causing a response from another society, we might possibly become the recipients of knowledge that would be very far beyond our own technological level. It's hard to estimate what that might be worth, but surely it would be a profound consequence," he said.

"Perhaps the most important thing is this: one might consider active SETI exploration, and history shows us that societies that stop being interested in exploration eventually fade away," Shostak concluded.

In May 1999, Russian scientists, led by Dr. Alexander Zaitsev of the Russian Academy of Sciences, using the Yevpatoria RT-70 radio telescope in Crimea sent one of the first deliberate interstellar radio messages, Cosmic Call 1, to various nearby stars. There was no measurable response.