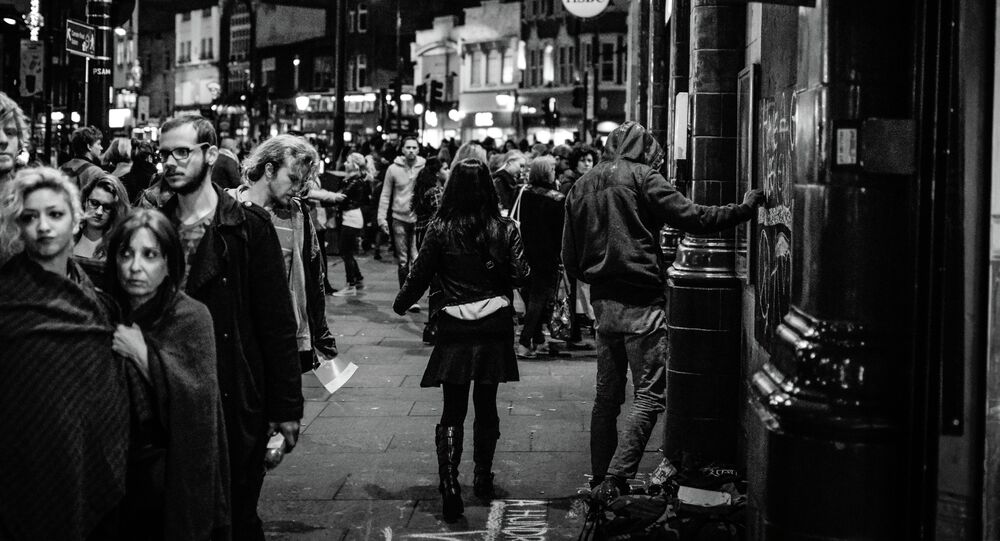 US Experts Made Predictions About The World In 2030... And Its Not Good

No one can predict the future, but if the world develops according to current trends, there will be greater strain placed on natural resources, a growing aging population and a further decline in the hegemonic power of the United States over the next 15 years.

Andre Alessandro — These forecasts are found in “Global Trends 2030: Alternative Worlds,” a report published in 2015 by the National Intelligence Council. The report itself is a collection of opinions and analyses of global demographic, economic, political and social trends. Its scope is wide-ranging and covers what they call “megatrends,” “game changers,” and “black swans,” all of which paints a very grim view of the world if our lack of global leadership continues.

© Flickr / Hersson Piratoba
US Intelligence Global Trends Report 2000: Forecast for the Future or To-Do List?
Last Week, Sputnik News took an in-depth look at the “Global Trends 2015” report published in 2000, reviewing at its predictions and seeing how closely the United States and other countries followed its predictions over the last 15 years. The results were eerily correct, outside of a few outliers in Eastern Europe. Check out our full review here to see theanalysis.

In the most recent report, much has changed in the understanding of the world and how the US expects it to develop. It forecasts that the world's population will be more empowered, richer, older, and will consume more water energy and food. International politics will be multipolar, with power devolving from hegemonic powers and a rise in smaller non-state actors.

Each of these themes are what the report calls “Megatrends,” which will cause “tectonic shifts” in the global environment, both positive and negative. While people will have greater access to communication technologies allowing for “greater individual initiative,” small nefarious will have “greater access to lethal and disruptive technologies (particularly precision-strike capabilities, cyber instruments, and bioterror weaponry), enabling them to perpetrate large-scale violence—a capability formerly the monopoly of states,” the report reads.

© Flickr / Andrew Nash
Israeli Publicist Says US Can Help World By Going Home
These kinds of developments will be more pervasive in world politics. The single biggest change between the 2015 and 2030 report is the shifting view of the United States about its future role in the world. Previously, the US thought that it could and would maintain its dominant position as a “Global policeman.” Instead of taking the role of hegemon, the US will, in 2030, hold a position as “First among equals,” with the era of Western dominance coming to an end. The report compares this return to multipolarity with the decline of Great Britain in the late 19th century. With no one dominant power, regional powers such as India, China and Brazil will be able to exert far more geopolitical power.

In fact, the growing role of Asia, most notably China, on the global arena is the single most dominant point made throughout the report. The report predicts that in 2030, “Asia will have surpassed North America and Europe combined in terms of global power, based upon GDP, population size, military spending, and technological investment.” The expanding influence and power of China presents several problems. First, differences in economic interests between China, the US and other powers could produce extremely political and economic volatility. Open conflict is not expected, but smaller countries will be the battleground for influence.

© REUTERS / Rolex Dela Pena/Pool
China Pivots East, Ends Up in America's Backyard
Second, China has to keep itself from falling in a “'middle-income trap' (a situation in which per capita income does not increase to the level of the world’s advanced economies).” Lastly, China is must have a stable transition to democracy. One consequence of a growing middle class is that it has “led to populism and dictatorships as well as pressures for greater democracy.” China must carefully navigate this transition, preventing a revert to authoritarian rule and protecting its young democracy, according to the report.

The West, however, faces its own problems, including deleveraging debt and aging populations.

Currently, global debt levels are more than 300% of GDP, double its size in 1980. Because of the modern financial system, the West has spent its way into deflation and low growth. The 2008 crisis signaled a time when further accumulation of debt did not equate to a corresponding growth of the economy. In fact, the system is now punishing normal citizens all for the expense of elites and the government. As 2030 approaches, technological advances like 3D printing, more expansive communication technologies and increased production inefficiency will make more and more of the working class population redundant. Machines will supplant their positions, driving more profits to those who own the machines, but less into the pockets of the masses.

© AP Photo / Mark Lennihan
Number of Americans Receiving Food Stamps Declines First Time in 7 Years
In addition, the shrinking workforce will have to support an ever growing aging population. No more is this apparent than in Japan, where by 2030, the population is expected to have declined by 30%. “The combination of a long-term deteriorating fiscal situation with a dramatically aging and declining population—roughly one elderly person per two working-age people by 2025—will limit the government’s maneuvering room to consolidate its fiscal situation,” the report says.

Europe is not far behind, where birth rates have been declining for decades. The rate in the United States is stable, however, along with all Western welfare states, the country is facing untold liabilities for its social security and medical care programs for seniors. There will come a point, when ratio of working to retired will drop low enough to where the government will not be able to collect enough revenue to fund these costly programs.

The greatest risk however, is whether we as inhabitants of this planet, will be able to effectively manage our resource consumption. There will be a billion more people on Earth in 2030 and each one will need food, water and energy, with consumption set to rise 30, 40 and 50 percent respectively. The report believes that the technology will exist to prevent scarcities, however, a lack of governance and effective implementation will lead to many people lacking basic amenities.

In all, the report paints a grand picture of the future. However, there is no “moral victory” for any country or any dominant ideology or viewpoint that is expected to dominate in the future. In effect, the political, economic and social situation in 2030 will be highly malleable to countries that can effectively navigate the new multipolar landscape.

In Part 3, we will take a look at the four predicated futures laid out in the report. Ranging from a statist utopia to an anti-globalization dystopia where states retreat inward, each outcome will be laid out and analyzed. Stay tuned.