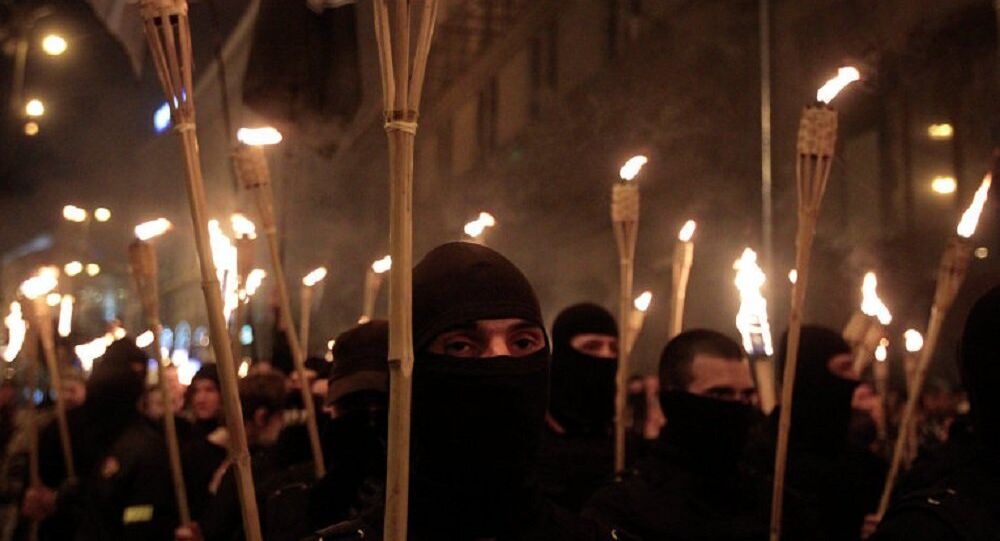 World Without Nazism president Boris Spiegel chastised the rise of neo-Nazism in the Ukrainian heart of Europe in a statement on the 72nd anniversary of the battle of Stalingrad.

MOSCOW, February 2 (Sputnik) — In a statement released on the 72nd anniversary commemorating the end of Battle of Stalingrad, Boris Spiegel, President of the "World Without Nazism" international rights organization, offered a harsh rebuke to Ukrainian neo-fascists and neo-Nazi battalions fighting in eastern Ukraine, warning them that they would share the fate of Axis armies at Stalingrad.

"Today neo-Nazis are once again raising their heads. Their ideology is poisoning civil society in the very heart of Europe," Spiegel writes. He notes that these groups have committed war crimes against those "who honor the memory [of Soviet soldiers] over the Nazi machine of death."

"Neo-Nazis, under the guise of pseudo-patriotic slogans, shoot their own citizens, apply harsh punitive measures, including the impediment of delivery of humanitarian aid, fire at kindergartens, schools and hospitals filled with the children, women and the elderly, and at busses filled with civilians," the rights group head notes.

The members of these groups, "who do not respect these hundreds of deaths of innocent children, women and the elderly, risk being surrounded in a new Uranus pincer," Spiegel notes, referring to Operation Uranus, the Soviet operation to encircle Axis forces at Stalingrad. Over the course of the operation, Soviet forces surrounded nearly 300,000 Axis soldiers, and smashed the German Sixth Army. The Stalingrad battle, one of the largest during the Second World War, is widely considered to be the turning point of the war in Europe.

World Without Nazism is an international anti-Nazi organization founded in 2010. Its central aim is to prevent the rise of Neo-Nazism. The organization's efforts include education initiatives, the preservation of historical memory to the victims of Nazis war crimes, and informational and legal initiatives against efforts to rewrite the history of the Second World War.