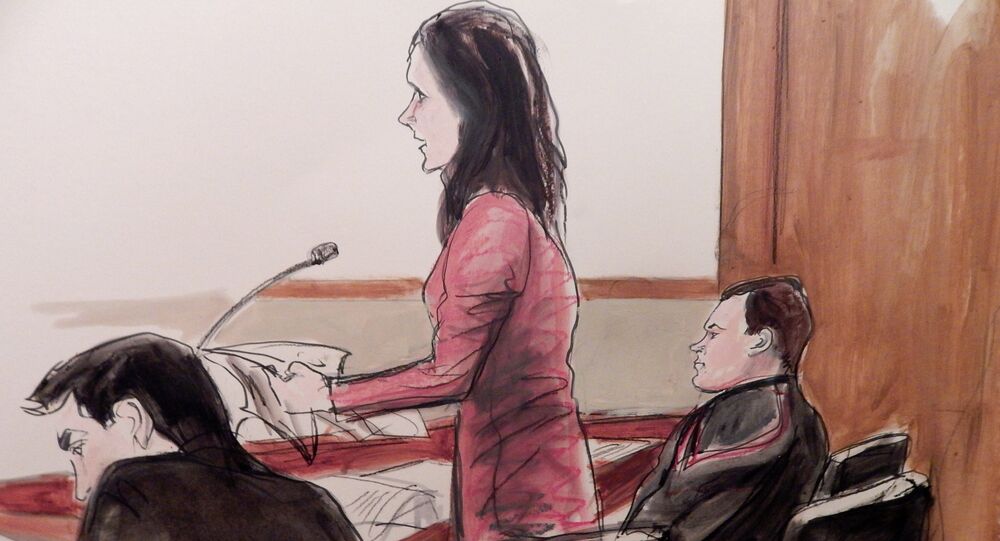 US Charges Against Alleged Russian Spy Linked to Ukrainian Crisis

US-Russian spy scandal has nothing with espionage, Larry Johnson told Sputnik, it is all about Russian position on Ukraine.

WASHINGTON, January 28 (Sputnik) — The Monday arrest of a Russian citizen in the United States suspected over conspiracy to act as an unregistered agent of a foreign government may be in retaliation over Ukraine and Syria, a former CIA and State Department official told Sputnik on Wednesday.

Do you think Russia and the US are heading back towards Cold War?
Voted: 1
All polls
"This has nothing to do with spying and is all about US pique at Russia over the Ukraine and Syria," said Larry Johnson, who previously worked for the Central Intelligence Agency (CIA) and the US State Department's Bureau of Counterterrorism.

Earlier this week, New York federal prosecutors charged Buryakov with acting as an unregistered agent of a foreign government. Buryakov was arrested the same day, and appeared before a US magistrate judge in a Manhattan federal court.

Two other defendants are Igor Sporyshev, a former trade representative of Russia in New York and Viktor Podobny, a former attache to the Russian mission to the UN.

"This is using a technicality to persecute Russians who are not engaged in classic espionage," Johnson said, adding he worries Moscow could now use a similar pretext against American businessmen in Russia.

Spokesman for the Russian Foreign Ministry Alexander Lukashevich said Tuesday that the United States has not provided any evidence to support the charges against three Russian nationals, and that US authorities have used the favored tactic of creating spy scandals, although the relations between the two countries are already tense.

Russian Diplomats to Visit Alleged Spy in US Prison Wednesday