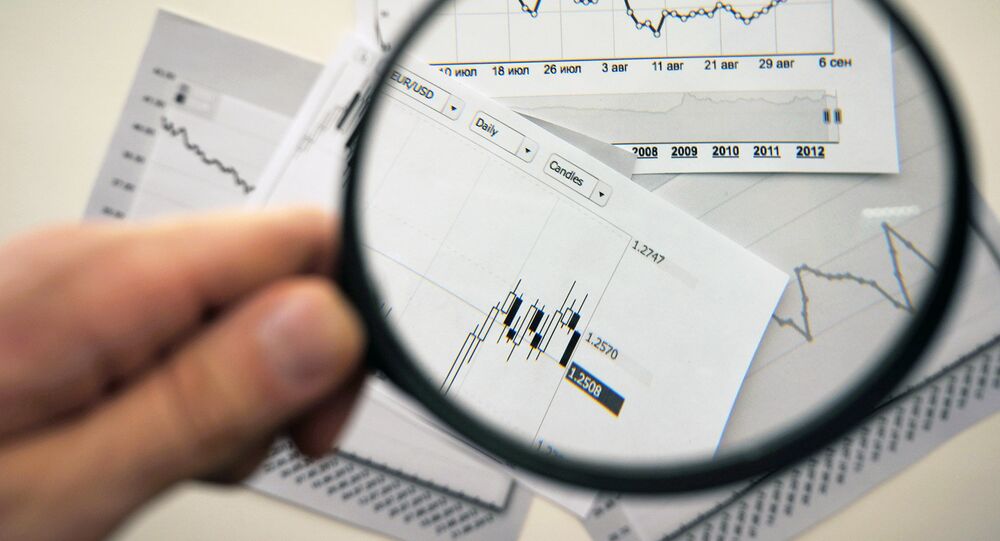 The chief global strategist at West Shore Funds commented on the recent downgrading of Russia’s credit rating to junk status by the agency Standard & Poor’s, saying that the idea that Russia is going broke was nonsense.

“Russia has ample reserves to pay off its sovereign debt. Russia’s external dollar-denominated debt is quite low, relative to GDP and relative to its reserve position. It’s hard to see the basis for the downgrade, which is inaccurate and meaningless,” Rickards told Sputnik Monday. “The idea that Russia is going broke is nonsense, because they have a strong reserve position and access to hard currency reserves in China. China has $4 trillion in dollar-denominated assets, they could easily lend Russia everything it needs.”

Russia’s credit rating was cut to junk by S&P, putting it below investment grade for the first time in a decade. The ratings agency, which last downgraded Russia in April, cut the sovereign one step to BB+, it said in a statement.

“In our view, the Russian Federation's monetary policy flexibility has weakened, as have its economic growth prospects,” S&P said in a statement that was emailed from the group’s New York office to Sputnik on Monday.

A «junk» status rating suggests that a country or a company is likely to default on its debt. The so-called «junk» bonds, unlike investment grade bonds, are not generally legal for purchase by banks.

In the beginning of 2015, two other prominent international ratings agencies — Fitch and Moody’s — downgraded Russia’s long- and short-term sovereign credit ratings to just a notch above «junk» status, citing the sharp decline in oil prices and Russia’s deteriorating financial flexibility.

S&P to Pay First Ever Financial Penalty Over Ratings Fraud