Experts claim that the reported use of a new radar device that allows law enforcement officers to peer inside the homes of US citizens violates individual privacy rights.

WASHINGTON, January 24 (Sputnik) — The reported use of a new radar device that allows law enforcement officers to peer inside the homes of US citizens violates individual privacy rights, including protection against unlawful searches, experts told Sputnik on Friday.

“A court order must be required before radar is used to invade our privacy. Advances in technology and new technologies should not become an excuse to violate our privacy and Constitutional protections,” Professor of Communications at the University of Southern California, Dr. A. Michael Noll said, when asked about the device’s capability to penetrate walls and track the movement of people inside their homes.

Noll, who described the new radar system capabilities as “disturbing,” also said it raised the age-old question of how to balance combating crime with protecting privacy, epitomized by the legal conundrum wiretapping presented years ago.

“The Constitution settled the issue: a court order, or warrant, was required. Technology does not change our basic rights and protections,” Noll said.

The device being used by the FBI, US Marshalls Service and local police agencies, called Range-R, is analogous to “a miniature Doppler weather radar,” electronics analyst, Roger L. Boyell, explained to Sputnik on Friday. The unit senses and displays motion of reflecting objects such as persons, producing coarse, grainy images at short range when “looking” through radar-transparent materials, such as wood and plaster, Boyell said. However, he added, the device is not capable of penetrating metal. 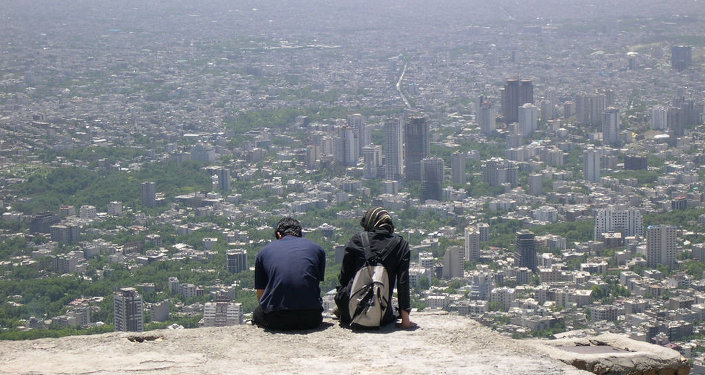 © Flickr / Mohammadali F.
Iran Calls for Evaluation of Human Rights Situation in US, Canada, UK
Communications and radar expert Solomon Golomb also underlined the difficulty of limiting the use of investigative innovations that make it easier to infringe on the Fourth Amendment, which protects individuals from warrantless searches.

“However, there should be significant judicial review as to whether this radar technology, when used by law enforcement, violates the constitutional guarantees against improper searches and seizures,” Golomb explained.

“Constitutional privacy protections are all the more important when police adopt devices that can literally see through the walls of our homes without us ever knowing about it,” Soghoian said.

The legality of the technology is actually being tested by a 10th Circuit Court of Appeals ruling, which the Department of Justice (DOJ) is currently reviewing, DOJ spokesperson, Patrick Rodenbush, told Sputnik.

On Thursday, Senators Chuck Grassley and Patrick Leahy, in a letter to Attorney General Eric Holder, said that they were concerned about the privacy implications of the new technology.

“Technology that can essentially look inside peoples’ homes presents privacy concerns of the highest order. There has been little to no public discussion of this technology and it is unclear whether agencies are obtaining any legal process – let alone a warrant – prior to deploying it,” the Senators said in a press release.

Earlier this week media reported that at least 50 US law enforcement agencies over the past two years have used radar devices capable of peering through the walls of houses with little notice to the courts and no public notice.

Turkish Officials, Researchers to Get Phones Protected Against Wiretapping