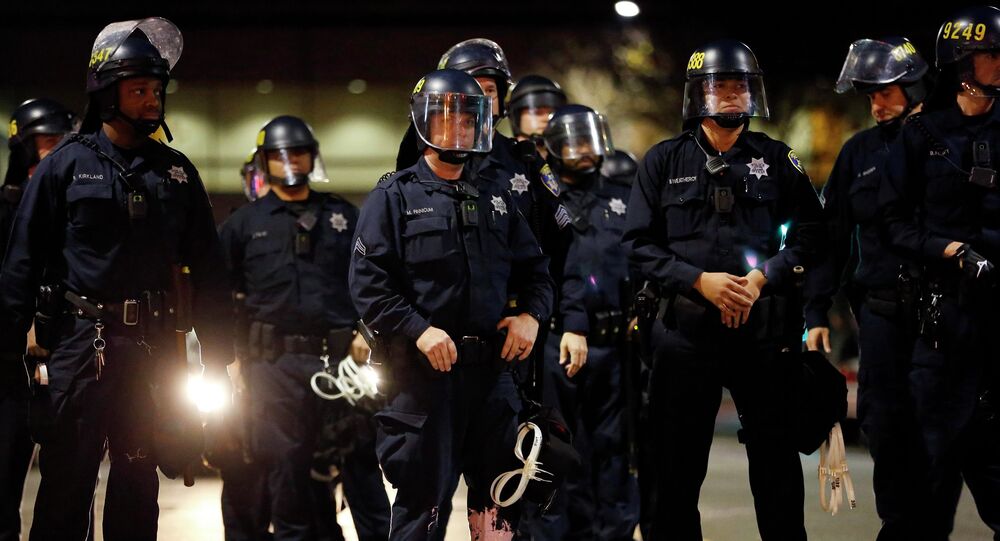 Co-Director of the International Action Center Sara Flounders said that the issue of US police brutality and increasingly militarized police force will be hard to change until the country addresses “systematic problems” including giving more money to officers when they are under attack.

WASHINGTON, January 23 (Sputnik) — The issue of US police brutality and increasingly militarized police force will be hard to change until the country addresses “systematic problems” including giving more money to officers when they are under attack, Co-Director of the International Action Center Sara Flounders told Sputnik.

“Unless we’re looking at this [issue of a militarized police force] systematically, we’re nowhere near a solution,” Flounders told Sputnik on Thursday. “It’s always give more money, not less, hire more police and give them vastly more surveillance…and then sell that to the population as a solution.”

© AP Photo / Steven Senne
Biden Says US Police Officers, Communities ‘Don’t See Each Other Anymore’
According to a poll conducted exclusively for Sputnik news agency, the majority of Americans want police officers to carry more military equipment. Meanwhile, over 50 percent of respondents of African-American and Asian backgrounds said that they disagree, according to the poll results.

Flounders said that the divide in opinions over the use of military equipment used by the police was a result of half of the population not experiencing police “in the same way as the other half does.”

“A whole part of the population aren’t every minute prayed on by the police,” Flounders said.

The issues of racism, police brutality and discrimination on ethnic grounds in the United States has since been brought to the forefront of the country’s nationwide debate following accusations of racial profiling against white US police officers from who were being blamed for allegedly targeting people with ethnic backgrounds for stop-and-frisk searches.

In 2014, many fatal shootings of unarmed African-American men took place from Missouri to New York at the hands of white police officers, which ignited a wave of protests across the United States on the issue of racial inequality and police brutality.