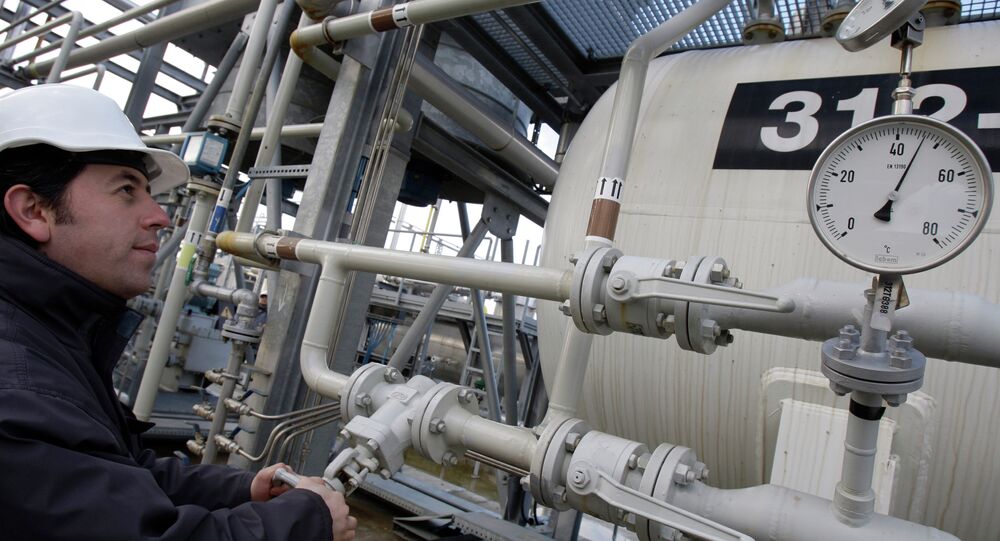 Analysts from the Energy Policy Research Group at the University of Cambridge claim that creation of a gas hub in Turkey for Gazprom deliveries to Europe may change the Europeans' view of the country.

MOSCOW, January 16 (Sputnik), Anastasia Levchenko — Creation of a gas hub in Turkey for Gazprom deliveries to Europe may change the Europeans' view of the country, as well as trigger the rise of energy bills, the analysts of the Energy Policy Research Group (EORG) at the University of Cambridge expressed their opinion to Sputnik Thursday.

© Sputnik / Egor Aleyev
Russia to Remove Ukraine's Gas Transit Role, Shifts to Turkey
"If Europeans are to build the pipes to connect the Turkish-Greece hub with existing grid they have to be Western European TSOs [Transmission System Operators] (the big ones with cash). The real implication of this would be an upward pressure on energy bills of European consumers since TSO are regulated entities and any unused capacity would have to be socialized," Dr. Chi-Kong Chyong, research associate of EPRG, said.

The analyst noted that it is quite likely that Europe will decide to create the necessary infrastructure, as Miller has called for, but the existing Eastern and Southern European Transmission System Operators are not able to manage the projects of such scale.

Creating a gas hub in Turkey could change the geopolitical role of Turkey in the eyes of Europeans not only in the context of Gazprom gas deliveries, but also considering its participation in Baku–Tbilisi–Erzurum (BTE) Pipeline, which runs through Azerbaijan, Georgia, and Turkey.

"My first reaction … is that it would be interesting to think about Turkey as a gas hub, not just for GZP [Gazprom] but also for Central Asia vis-a-vis the BTE pipeline," Marc Ozawa, associate director of energy policy forum of the University of Cambridge, stated.

On the other side, Turkey's image among the EU nations may be affected by its decision to cooperate fully in energy issues with the state company of the government that is blamed for escalating the Ukrainian crisis by the Western countries.

© Sputnik / Ilya Pitaliov
European Commission to Mull Over Gazprom Deliveries Via Turkish Stream
"Gazprom is widely viewed as an arm of the Russian state and given the current nadir in Russia-EU relations, Gazprom is widely seen as a 'bogeyman' and representative of a repressive Russian state that is increasingly at odds with Europe over a range of issues. Turkish Stream is unlikely to make that image any worse and may be more likely to impact on Turkey's image than Russia," David Reiner, assistant director at EPRG, claimed.

At the same time, image of the Russian energy giant has been undermined mostly in the eyes of the European residents, but not the political elites, according to Marc Ozawa.

"It varies, depending on where in Europe and what segment of the population. In general, however, its reputation has been damaged by the Ukraine crisis among the general population but not necessarily among political and business elites," he said.

The decision to create a gas route from Russia to Turkey under the Black Sea (so-called Turkish Stream) and to shift the flow of Russian gas from Ukraine to Turkey was taken after the South Stream project was abandoned in December.

Russian President Vladimir Putin stated that Moscow was not willing to continue implementing the project in light of the European Commission's "non-constructive" stance on the matter.

South Stream pipeline was intended to serve as a means to avoid passing through Ukraine due to the transit risks. Brussels has long been trying to hamper the project saying it violates the European Union's Third Energy Package, which aims to divide in its member countries the owners of the pipelines and the producers of natural gas.