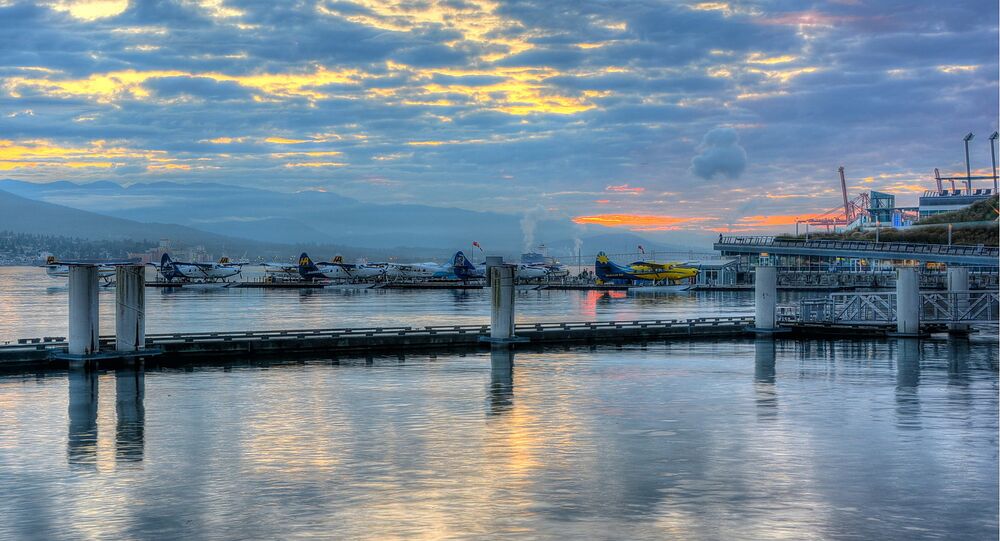 "No protective measures needed as levels [of contamination] are far below those thought to be of human health concern," Ken Buesseler, Senior Scientist at Woods Hole Oceanographic Institution (WHOI), who is leading the radiation monitoring effort in Canada, told Sputnik Friday.

The official journal of the United States National Academy of Sciences has recently published a report, according to which radioactive materials that have leaked into the ocean after the Fukushima nuclear disaster have reached North American shores. The report said that radioactive Cesium-137 has been detected on the British Columbia, Canada, continental shelf. Scientists believe the impact will peak in 2015-2016 and slowly decline by 2021.

© Sputnik
Fukushima Radiation to Reach Peak Levels Off US West Coast in 2015: Report
"At this point the levels of radiocesium being measured in seawater and marine organisms and expected in the coming year do not, according to health physicists and health professionals, represent a radiological health threat to people living on the west coast of North America or to cause negative impacts on the marine ecosystem here," Associate Professor at the University of Victoria School of Earth and Ocean Sciences Jay Cullen told Sputnik Friday.

He reassured that the peak levels expected from Fukushima will be 10 or more times lower than maximum cesium activities present in the North Pacific during the late 1950s and 1960s from atmospheric weapons testing programs.

© Sputnik
Former TEPCO Board Can Escape Prosecution Over Fukushima Disaster: Reports
The operator of the Fukushima Daiichi nuclear power plant, Tokyo Electric Power (TEPCO), has still not decided what to do with tons of contaminated water stored at the site, where a tsunami caused a partial melt down of several reactors in March 2011.

In March 2014, Dale Klein, a senior TEPCO adviser, said that the company might have to dump the radioactive water into the Pacific Ocean.

According to Cullen, "neither the planned amount or rate of release is known at this point so all is speculation". Meanwhile WHOI senior scientist Buesseler stressed in the Friday interview with Sputnik that TEPCO "cannot continue to collect contaminated groundwater in tanks forever".

The issue of continuing radioactive water leaks remains one of a few unsolved concerns in Fukushima, following the March 2011 catastrophe, which has been dubbed the world's worst nuclear disaster since Chernobyl.