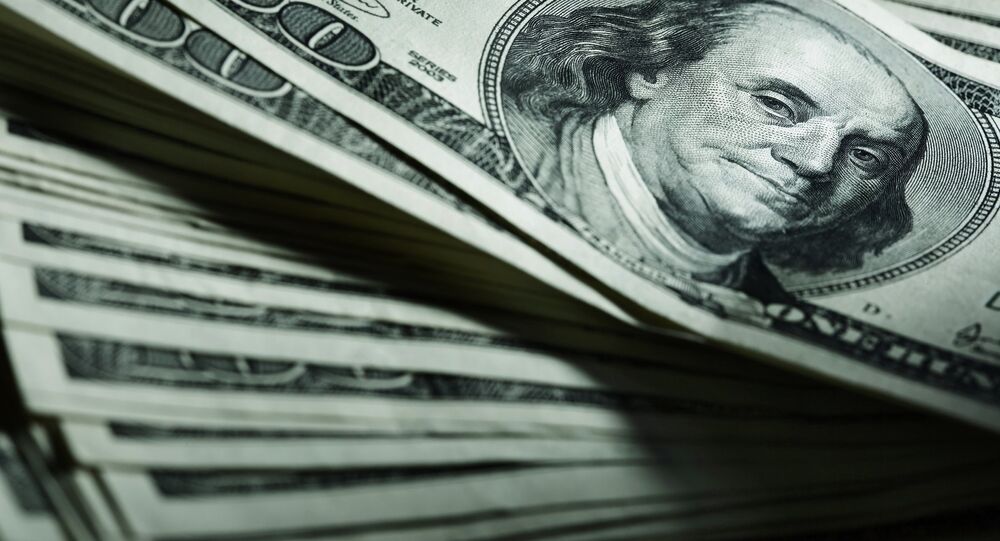 Financial analysts have commented on the Indian-Russian agreement on ruble-rupee trade and its impact on global economy.

© REUTERS / Brendan McDermid
Economic Highlights of 2014: Year of Falling Currencies
MOSCOW, December 26 (Sputnik), Daria Chernyshova — As India and Russia mull a return of trading in each other’s national currencies, the rupee-ruble trade arrangement may diversify international economic governance and weaken the role of the US dollar, experts told the Sputnik news agency on Friday.

“Like the gas deal between China and Russia, the Indian-Russian agreement on ruble-rupee trade will increase the amount of world trade which is not denominated in the dollar,” professor with the Department of Political Studies at the University of Manitoba, Radhika Desai told Sputnik, adding that the “agreements between major emerging economies to trade in each other currencies will further pluralize the still small number of trading currencies and diminish the use of the US dollar, the Euro and other such hitherto-dominant trading currencies.”

© Sputnik / Evgeny Pahomov
Ambassador Expects Russian Regions to Be at Forefront in Economic Cooperation With India
Earlier in December, Ambassador of India to Russia P.S. Raghavan told Sputnik that India and Russia were moving toward the use of national currencies in bilateral trade, with the Reserve Bank of India and the Central Bank of Russia working out provisions for the settlement of transactions in national currencies.

However, Chris Devonshire-Ellis, the chairman of Dezan Shira & Associates Asia disagrees. He said that the use of other currencies “makes sense on a specific bilateral basis such as Russia and India or China, but not in other instances.”

© REUTERS / Maxim Zmeyev
Russia's Economic Challenges Part of Global Trend: Indian Minister
“The Dollar and the Euro will both continue to dominate global trade and I believe this creates stability. Not using these currencies is only practical in a handful of bilateral cases,” Devonshire-Ellis told Sputnik.

Mikhail Kuzmin, a financial analyst at Investcafe, told Sputnik that the use of national currencies, instead of using the dollar, in foreign economic transactions between Russia and India could “support the ruble to a certain degree, though this measure will not seriously change the currency market.”

“The impact on the national currencies will be limited, as in order to conduct the operations Russia will have to buy the Indian currency, therefore using the ruble, and the impact on the exchange rate will not be completely positive,” Kuzmin explained.

Anna Bodrova, a senior analyst with Alpari underlined that Russia and India had well-established trade and economic ties with plans in place for them to be extended. Moreover, she commended the prevalence of business interests in stepping up trade in domestic currencies.

© Flickr / epSos .de
US Dollar Continues to Rise After Decision to Keep Federal Funds Rate Low
“It is logical and encouraging that here, as well as in the case with China, the interests of business have prevailed,” Bodrova told Sputnik, adding that Russia and India have a lot of potential to boost industrial cooperation.

According to Russian Ambassador to India Alexander Kadakin, the current annual trade volume between Russia and India is about $10 billion. Trade with China, Bodrova recalled, amounts to $65.9 billion, which gives a lot of room for an expansion in the partnership, particularly with the current situation of sanctions being imposed by the West against Russia.

© Sputnik / Evgeny Pahomov
Energy Cooperation to Top Agenda of India-Russia Summit: Russian Ambassador
At the same time, Radhika Desai stressed the urgent needed to abandon the dollar, as it was governed by US Federal Reserve policies “which are not only unable to set the US economy right but increasingly endanger emerging markets because of the encouragement they give to US financial speculators.” She noted also that the value of the US dollar had been on a downward trend since 2000 and “current rises in its value have done little to affect or correct that.” On top of that, many claim that the Federal Reserve’s policies are not aimed at restoring growth in the US economy but only at restoring the fortunes of the US’s highly speculative financial sector.

“I also argued in my book, Geopolitical Economy that since 1971 the US dollar has only retained its international role because of the extremely high volume of international dollar denominated capital flows such speculation creates,” Desai said.

© Sputnik / Mikhail Klimentiev
Putin: Russia Won't Succumb to 'Dollar Dictatorship', Possible Drastic Drop in Energy Prices
“These deals will certainly help stabilize the Russian and Indian currencies but to truly achieve this, both countries must also control capital flows to a much greater extent to prevent the policies of the Fed having adverse consequences for their economies,” Desai told Sputnik.

In November, Russian President Vladimir Putin said that Russia planned to quit the “dollar dictatorship” in global trade and begin to increase the use of other national currencies.