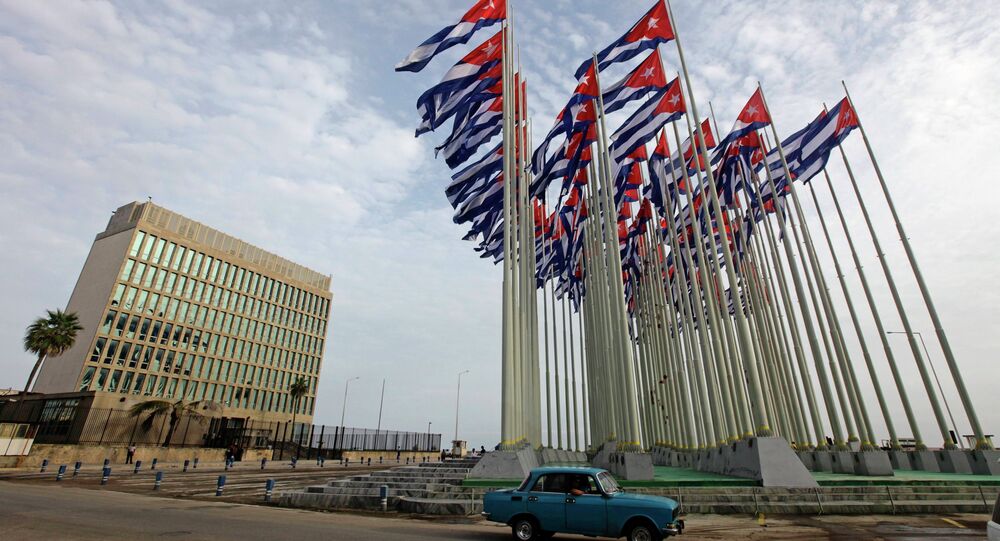 Spanish expert stated that Latin American pressure against the United States to end its isolation of Cuba has contributed to the recent US decision to rebuild diplomatic relations with the island country.

“The United States ended up being isolated, lagging behind to some extent,” international law Ph.D. Anna Ayuso of the Barcelona Centre for International Affairs (CIDOB) said Saturday.

The upcoming Summit of the Americas, a meeting between political leaders of the Western Hemisphere set to take place in Panama in April, contributed largely to the United States’ policy shift on Cuba, she told Sputnik.

© REUTERS / Enrique De La Osa
Castro: Cuba to Conduct Respectful Dialogue With US But Will Not Give Up Own Ideas

“Many Latin American countries threatened not to come, especially ALBA [The Bolivarian Alliance for the Peoples of Our America] states,” Ayuso said, noting that this was “a political failure that was hard to justify”.

According to Susanne Gratius, professor of political science and international relations at the Autonomous University of Madrid, the new situation also means that “Cuba is ready to level down its relations with Venezuela” as Havana chose a different path in terms of international reintegration.

Both experts agree that the continental context largely influenced the shift in relations between the countries. However, as soon as the embargo is not lifted, Cuba will maintain existing political and economic ties, experts believe.

“Russia’s role is still very important,” Anna Ayuso said, explaining that the current context has been made up of many factors.

Both experts argue that the US sanction policy toward Cuba has been a total failure, the fact which is recognized even by the US president.

Gratius said that both US sanctions against Cuba and Cuba’s own economic policy had an equally devastating effect on the island country’s economy. However, both experts agreed that the recent thaw in US-Cuban relations would contribute to Cuba’s economic revival.

The US President Barack Obama announced Wednesday that the United States would restore diplomatic and commercial ties with Cuba, easing travel and trade restrictions between the countries after the 53-year long embargo.