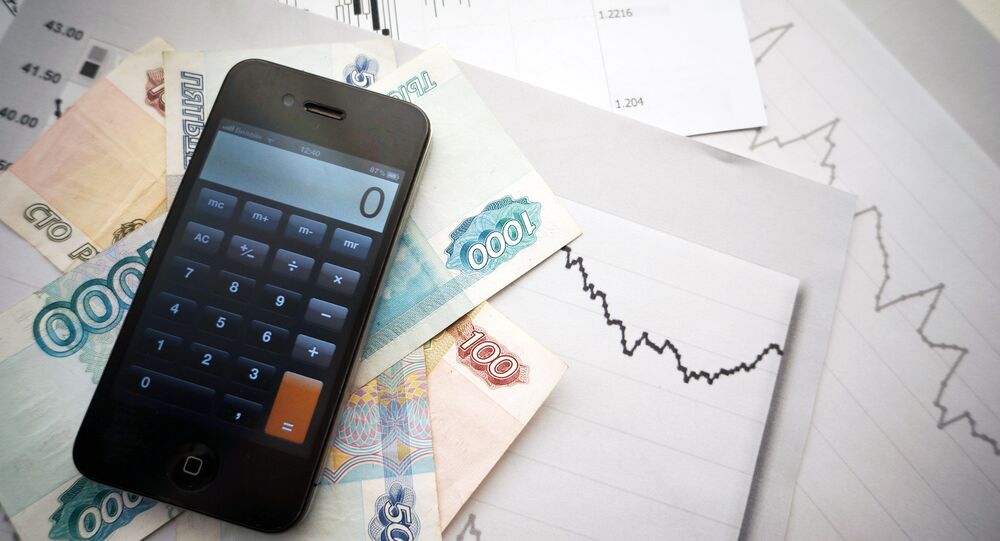 On Thursday, Russian President Vladimir Putin said during his speech at the annual conference that the Russian economy could recover within two years. Experts think the country will need to tap into alternative markets in order to meet Putin's recovery plan.

"I think that pipelines to China and other alternative markets can be built largely on that [two-year] time scale. Acute shortages of certain consumer goods can probably be alleviated too," Brookings Institution scholar Michael O'Hanlon said. "But the broader benefits of engagement with the West for high-tech investment, and the like, will not be recovered within two years, or any other finite and predictable amount of time, because Russia really does need the access to international technology and capital."

© AP Photo / Alexander Zemlianichenko
Russian Banks Hike Deposit Rates Amidst Interbank Lending Crisis
Michael Kofman from the Wilson Center also indicated that Western technology was important to spurring an economic turn-around. Yet, he said that Russia has some leverage in gaining access to capital markets.

"Yes, Russia needs Western tech and expertise, absolutely, but Western energy companies also need this thing called oil and gas; this is not something you find everywhere. The West generally fears a weak Russia more than a strong Russia," Kofman said.

In case the Ukraine conflict settles down a bit, Kofman added, it is "more than likely Western companies will get exemptions and continue working."

In addition, Kofman said that to realize Putin's prediction, Russia will also have to restructure its economy and find not only alternative countries to work with, but also alternative sources of cash flow.

"Russia will have to diversify the economy away from resource extraction and export, create more domestic consumption at home, substitute imports with domestic production," Kofman added.

© Sputnik / Ekaterina Shtukina
Medvedev: Ruble Undervalued, Harsh Financial Regulations Unnecessary
George Mason University Professor Mark Katz pointed out that economic diversification is a theme that President Putin has been emphasizing for years. In addition, Katz noted that Putin also acknowledged the importance of exploiting the current situation to diversify during his annual speech on Thursday.

"Putin has been saying these things even before he became President — that Russia has to diversify its economy. But it's hard to do that when oil prices are rising and you're doing really well. His [President Putin's] statement that the decline in oil prices is an opportunity for Russia to reform shouldn't be taken as bluster," Katz said.

© Sputnik / Vladimir Astapkovich
Putin Predicts Surplus of Russia's Budget at Around 2% GDP for 2014
Katz added that, while high-tech development was indeed critical, Russia doesn't have to rely on the West because it can tap into alternative sources throughout Asia, not to mention its own expertise.

"Obviously the West is an important source of high-technology, but there are other sources. The Chinese have made great strides in this area, and obviously India has too. One shouldn't count out the fact that Russia itself has a tremendously talented pool in this specific area," he said.

On Thursday, President Putin said during his speech at the annual conference that the Russian economy could recover within two years. However, he also said that it was time to diversify and to put Russia on an "innovative development path" to prevent the economy from being so vulnerable to external conditions.

Russian Economy to Rebound in 2015 if Ukraine Crisis De-Escalates:Saxo Bank