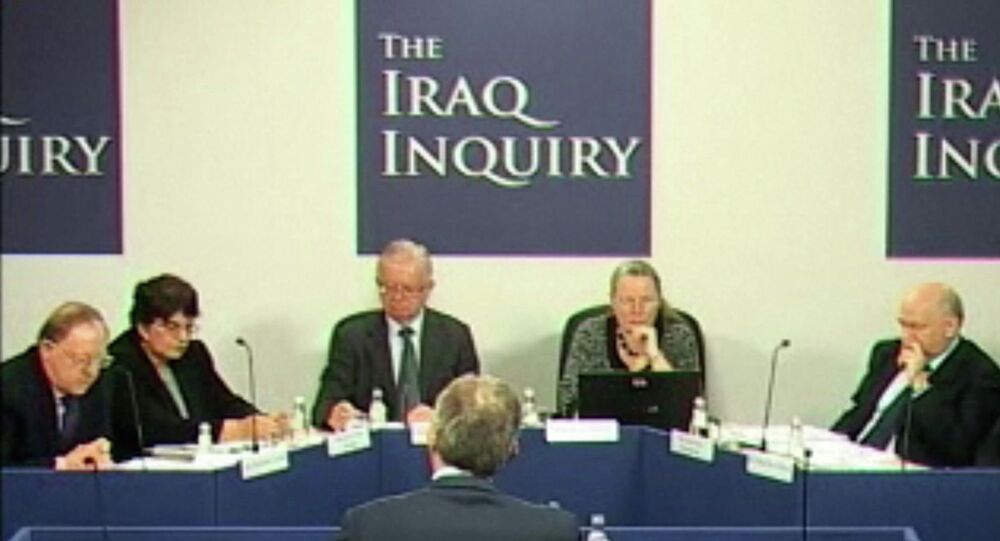 Chilcot in the Cooler: Is Inquiry into Iraq War Doomed?

The British Prime Minister David Cameron has said he has no idea when the long awaited report by the Chilcot inquiry into the circumstances of Britain’s involvement in the war in Iraq of 2003 would be made public. He said he was “not in control.”

“It’s an independent report … and when they publish is a matter for them,” he explained.

Just last May that same Mr Cameron said the British public was obviously keen to know what Sir John Chilcot and his panel had concluded and that the report was definitely coming out by the end of 2014.

Now PM Cameron is not so sure and some people are even saying that the Chilcot report might not see the light of day for quite a while, if at all.

This is the first time in British history that a high-profile public inquiry, conducted at a cost of £10 million, would be delayed with no apparent reason — or even binned altogether.

Let me remind you that the Chilcot inquiry was ordered in July 2009 by the then Labour Prime Minister Gordon Brown, who initially wanted the proceedings to be held in secret but later had to change his mind, confronted by a serious backlash from the public and parliament.

Brown obviously didn’t take this decision lightly as he was part of the Tony Blair government that took the country to war in Iraq. But pressure on Brown was mounting, as many people in Britain were outraged and disgusted by the way they were fooled into thinking that Saddam Hussein had possessed weapons of mass destruction and been prepared to use them against the West, something that turned out to be a lie.

A year later Labour was of course out of office and a coalition government led by the Tories was running Britain. That made a lot of difference, for when you are in power you can ‘influence things’. Yes, ladies and gentlemen, Western democracy has its limits too, you know, and governments can hide things from their people.

So, having started on a rather relaxed footing while Labour was still in power, the Chilcot inquiry got edgier after the change of government in May 2010. Some pretty disturbing facts emerged about Blair and his inner circle basically deciding to drag Britain into the war in Iraq, ‘editing’ intelligence reports and striking deals with the then Bush Administration in US behind the back of the British parliament and the nation.

Some pretty damning evidence emerged at the hearings from military and intelligence officials and it was starting to look very ominous for Blair & Co. with the prospect of charges of war crimes being brought against them.

Blair himself was questioned by the Chilcot inquiry twice, in January 2010 and then in January 2011, and although the former PM kept insisting that he had been convinced that Saddam Hussein possessed weapons of mass destruction and acted to prevent him attacking Britain, both of his performances were not exactly impressive and most people concluded then that the man had a lot to answer for.

Hearings of the Chilcot inquiry ended in February 2011 with everyone expecting that the findings would be released no later than in the summer of that year. But then Sir Chilcot asked for a bit more time, to study some more documents, and the date of publication was moved to December 2011.

But that did not happen. Rumours started to abound that Sir John needed still more time to look into still more documents which 10 Downing Street was refusing to submit.

Then word came that the US government was getting edgy, asking the British to avoid publishing information that could be damaging to US interests.

Gradually the whole affair was looking like one big cover up by the British political establishment that was doing its best to protect Tony Blair and his closest people from possible criminal prosecution. Curiously, the British media was not showing that much interest in the Chilcot report despite the nature and implications of the inquiry.

Cynics are now saying that PM Cameron is not that keen on the Chilcot report to be published because he has his own skeletons to worry about.

The current British PM was of course instrumental in helping to overthrow the Libyan leader Muammar Gaddafi which turned the country into a hellhole run by jihadists. And that does make Mr Cameron wonder whether one day another public inquiry might not be launched into Britain’s role in the grisly affair in Libya. Which might make the current British leader reluctant to create a precedent of a former PM taken to task for a misguided military adventure.

So there you have it: a public inquiry into the war in Iraq that was started on false pretences and resulted in the deaths of hundreds of British servicemen and around a million Iraqis remains unpublished. And by the looks of it, it might never see the light of day at all.