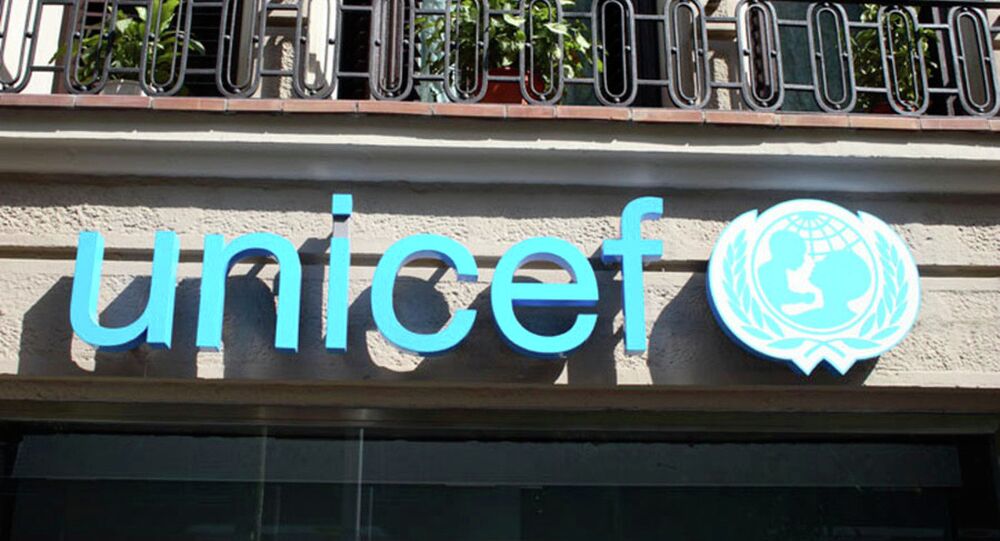 Human rights advocates believe politicians and government officials should do more to protect the lives of children in conflict zones. 2014 has been a tough year in terms of humanitarian issues, as the year has had the highest number of displaced people since World War II.

WASHINGTON, December 12 (Sputnik) –Politicians and government officials around the globe have to pay more attention to the lives of children in war and conflict zones, children rights advocates told Sputnik.

"When millions of children suffer the effects of war…Politicians think strategically and [are] often removed from the battlefields and suffering of ordinary people. Conflict situations demand political solutions, not more weapons," Atle Dyregrov from the Children and War Foundation told Sputnik Thursday.

© Flickr / Stephan Hochhaus
2014 Year of Horror, Despair for Children: UNICEF Report
Dyregrov went on by saying that the United Nations Children's Fund (UNICEF) calling 2014 a "devastating year" for 15 million children reflects "the lack of political will to share resources and limit human misery".

More political wisdom and less geopolitical strategically thinking are crucial to improve the drastic conditions that children are forced to live in in war and conflict zones, Dyregrov stressed, adding that organizations try to help in refugee camps, but the problems are vast and the resources are often limited.

© Sputnik / Maksim Blinov
UNICEF Concerned About Children Affected by Violence in Conflict Zones
Dragica Mikavica from Watchlist on Children and Armed Conflict shared the same concerns, saying that humanitarian organizations today are struggling in the face of growing needs, and "child protection must be a priority in preparation for, and response to complex emergencies".

Mikavica stressed that more than 50 million people who were forced to flee their homes in 2014 is "the highest number of displaced people since World War II, and half of the displaced are children in desperate need of protection".

"Caught up in armed conflict, boys and girls are vulnerable to recruitment, rape and sexual violence, killing and maiming, and abductions. Their lives are further disrupted by attacks on schools and hospitals, and denial of humanitarian assistance," Mikavica said.

"Wars, armed conflicts, persecution and displacement remain an unacceptable reality for millions of children who are subjected to extreme situations which cause mental and physical damage," Mills told Sputnik Thursday, stressing that "unaccompanied children are at a greater risk of being trafficked, sexually abused or recruited into armed groups".

On Monday, UNICEF said that 2014 was a devastating year for millions of children, caught up in ongoing conflicts around the world – in particular, in the Central African Republic, Iraq, South Sudan, the State of Palestine, Syria and Ukraine.

The year 2014 celebrates the 25th anniversary of the UN Convention on the Rights of the Child.