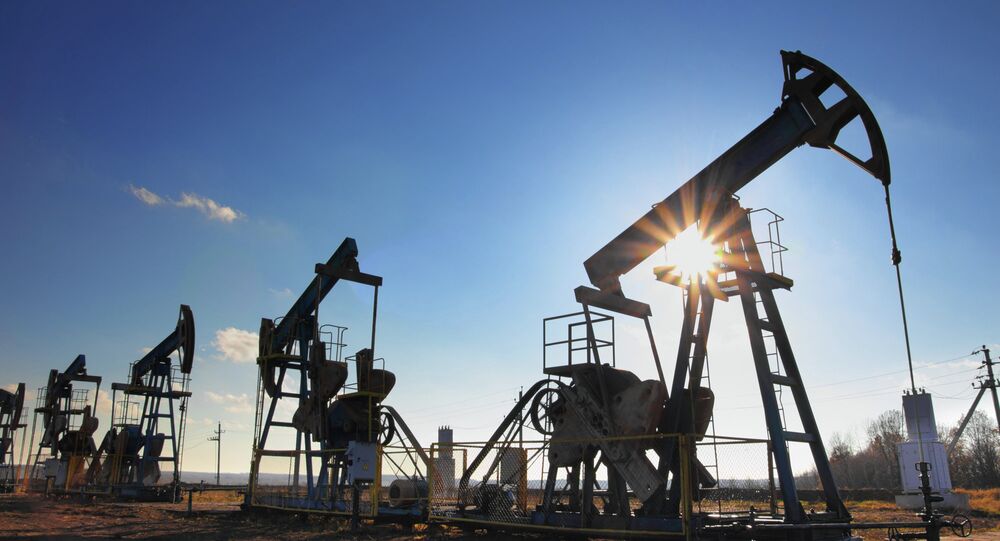 A political analyst and expert on Iranian-Arab relations commented on Rouhani's Wednesday address to parliament where he had blamed the sharp decline in prices on a Saudi conspiracy.

"Indeed it is a low blow for countries whose economy depends on oil exports. Iran is at an economic war, something that our president [Hassan Rouhani] effectively admitted in his angry speech, though he never actually said "Saudi Arabia"," Hanizade claimed.

Hassan Hanizade, who is an esteemed political analyst and expert on Iranian-Arab relations, commented on Rouhani's Wednesday address to parliament where he blamed the sharp decline in prices on a conspiracy, in what is believed to be a thinly-veiled hint at Saudi Arabia, according to Iran's NDTV said.

© Fotolia / AshDesign
Oil Prices Continue Record Fall After Saudis Offer New Discounts
Over the past few months, Saudi Arabia has boosted its crude output and export up to 12 million barrels a day, which is two million more than the cap in place for each member state of the OPEC oil exporter cartel.

This came after Saudi Arabia was accused of causing oversupply in the global crude market after it blocked calls from OPEC countries to cut crude production in a bid to shore up plummeting oil prices.

World oil prices fell sharply after the decision of the 12-nation OPEC cartel to maintain its cumulative oil production at 30 million barrels a day. On Wednesday, Brent prices slipped further down, reaching a record low of almost $60 a barrel.

Saudis have been flooding the Asian market with cheap oil since 2011. According to analysts, this behavior could be an attempt by Saudi authorities to retain their share of the market, while incomes from oil exports by poorer economies are drying up.

© Fotolia / Ded Pixto
Debunking Myths: Oil Prices Fluctuations, Dollar Value
"It will be countries whose economies depend predominantly on oil price fluctuations that will fall victim to this conspiracy," Hanizade said.

The analyst added that prime ministers of OPEC countries were expected to gather shortly for an urgent meeting to look into the overproduction of crude and what could be done to arrest the fall in oil prices, though Hanizade said that Saudi Arabia, Kuwait and United Arab Emirates – the three Gulf oil producers – were likely to block the meeting, since it took all OPEC countries to agree one.

Falling Oil Prices Not 'Tragic', Even Beneficial for Russian Budget