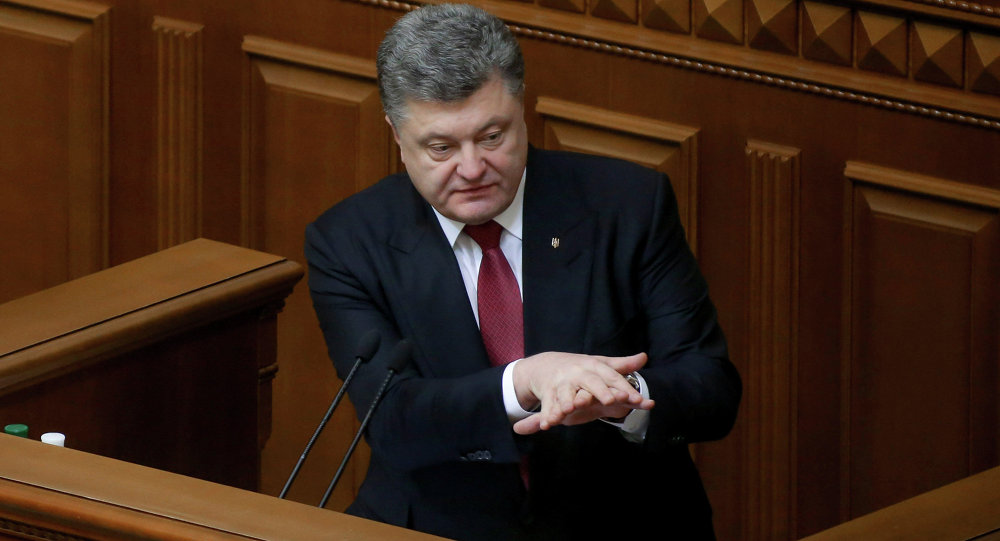 The Executive Director of the Ron Paul Institute for Peace and Prosperity said that the appointment of foreign nationals as ministers in Ukraine and granting them the country's citizenship is an insult of Ukrainian people.

“Ukraine is a country of more than 40 million people, yet the US-backed government felt the need to appoint foreigners to lead several key posts in the new Ukrainian government,” McAdams said. “The move must be seen to average Ukrainians as an insult: no actual Ukrainian is well enough qualified to serve in high-level government posts?”

McAdams noted that Yaresko is leaving her position as director of the Horizon Capital investment fund to take up the post of Ukraine's finance minister.

“Horizon has had ties with the foundation of Ukrainian oligarch Viktor Pinchuk, and Yaresko is reported to have worked with the US State Department,” the expert claimed. “It is the State Department, which instigated the coup against Ukraine's elected government, so now they will have one of their own inside the Ukrainian government.”

McAdams believes that Abromavicius has already given a clue in his Tuesday’s speech that his first moves in power will be extreme austerity. The new economy minister stated that radical methods have to be used in Ukraine as it is a poor and corrupt country.

“With politicians like Abromavicius in charge, it is easy to see why citizens in countries like Lithuania are leaving as fast as they can,” McAdams asserted. “People vote with their feet, so the population crash in Poland and the Baltics says far more about the competence of political leadership than all the glowing praise from the west for ‘successful’ economic reform."

McAdams thinks that the situation in Ukraine is only going to get worse, and eventually no one will listen to them.

“Ukraine is progressing rapidly from tragedy to farce. Life for the average Ukrainian is about to get far, far worse,” he said. “US regime changers will attempt to convince them that it is all in the name of 'reform' and they should not complain. Ultimately their misery will not count.”

On Tuesday, US Vice President Joe Biden welcomed the formation of the new government in Ukraine and said that the United States will support it to stabilize the country's economy, strengthen democratic institutions, and fight corruption.

Washington Not Involved in US National Appointment as Ukraine’s Minister