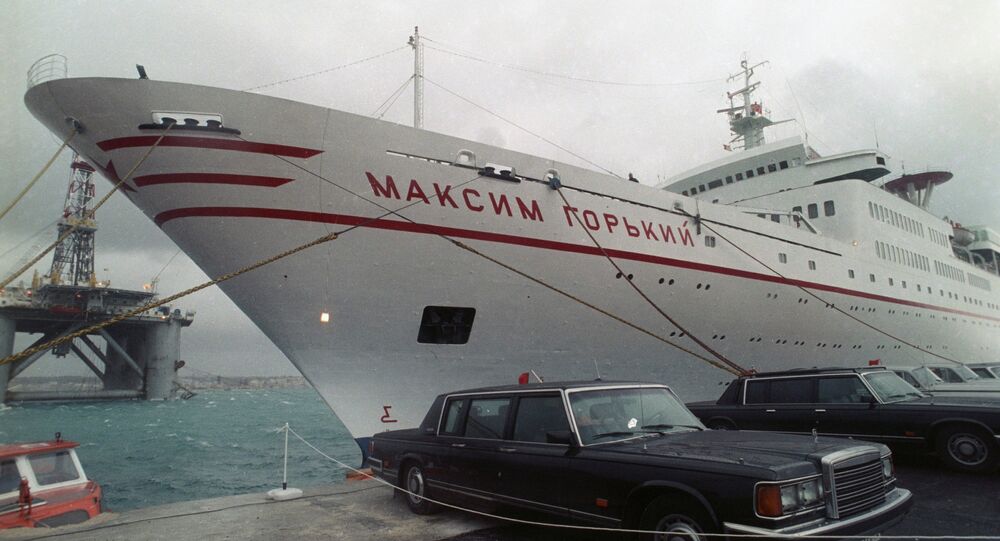 Back To The Future: The Cold War That Never Ended

Soviet leader Mikhail Gorbachev and US President George Bush Sr. officially declared the Cold War over 25 years ago at the Malta Summit. As the world marks this occasion, many are speaking about a ‘New Cold War’, but in reality, the spirit of the old one never ended. All that changed was the form.

1989 shouldn’t’ be seen as the end of the Cold War, but rather as a transitional stage bridging the old competition with the new one. The US, no longer obstructed by its former Soviet competitor, began to succeed in its decades-long push for global dominance and unipolarity. Its economic reach and soft power penetrated nearly every country; its military began to intervene, and continued to be deployed all across the world. Unabated NATO expansion was akin to multiple victory laps around a tired Russia, still struggling to adapt to the new race. It was called the Wolfowitz Doctrine, and its purpose was to prevent any future competitor of the US.

With time, however, Russia got back on its feet and once more began to define and defend its interests, especially under President Putin.  The US didn’t want to adapt to this reality, and the push-back reaction has been the ‘New Cold War’. Here are its three most important characteristics:

In the new battle for hearts and minds, it’s no longer as simple as capitalism versus communism.

Washington wants to retain its global supremacy and prolong the unipolar moment, sometimes using its subjective understanding of ‘spreading democracy’ to try to justify itself.

Brussels is brainwashed into thinking that its ‘values’ are better than anyone else’s, and that it has an historical mission to proselytize them to others at all costs (even if this contradicts itself by violating the very ‘values ‘ it says it stands for).

Moscow follows multipolarity, which boils down to ‘to each his own, just don’t interfere with others’.

The US and EU come together in NATO to complement one another’s expansionist views, while Russia’s adherence to multipolarity affiliates it with non-Western leaders such as China, India, Iran, and Turkey.

The US and its allies are pressuring Russia from all angles, seeking to surround it in Eurasia in order to force its strategic submission.

The Arctic Council is basically NATO & Friends plus Russia, and the former are intent on the multilateral militarization of the Arctic Ocean in order to threaten Russia’s exposed northern flank and seize its maritime resources.

The fuss about a phantom Russian submarine in Swedish waters (never found or even proven to exist) was just another step in the direction of manipulating the Swedish and Finnish publics to agree to formal NATO membership in the upcoming future.

Considering the Ukrainian Crisis and the massive buildup of NATO forces in the region, this subtopic is pretty self-explanatory.

Despite a change in government since the 2008 War, Georgia still pursues NATO membership as one of its top goals, and the US has also established a privileged relationship with hydrocarbon-rich and geostrategic Azerbaijan.

NATO is no longer fully withdrawing from Afghanistan (retaining ‘only’ 12,000 troops there instead) and has been cozying up to regional power Uzbekistan, possibly to use as a proxy to destabilize Russian-led regional integration efforts there at a strategic time in the future.

The US’ Pivot to Asia saw the Pentagon emboldening Japan to reignite the Kuril Islands dispute, since it’s the gateway not only to the Arctic, but also to Russia’s largely unguarded Pacific coast along the Sea of Okhotsk.

While still incorporating the tanks and bombers that marked the ‘Old Cold War’, the new one also relies heavily on indirect means of combating Russia, showing that a soft war is most definitely in motion.

These pro-Western regime change mechanisms were first deployed in former Soviet republics in the early 2000s, but nowadays they’ve been refined via the Syrian and Ukrainian experiences to incorporate urban insurgency and the corralling of chaos to create a major threat to Russia’s external and internal security.

The US’ plans to deploy a global missile defense shield in Eastern Europe, the Persian Gulf, and the Asia-Pacific risks the eventual neutralization of Russia’s nuclear second strike capability, which would then give the US the opportunity to launch a first strike with impunity one day.

The US has assembled its European and Pacific (Japanese and Australian) allies together to conduct an offensive against Russia’s macroeconomic interests, in a demonstration of their will to create the domestic conditions for a Color Revolution within Russia itself.

On the 25th anniversary of the ‘end’ of the Cold War, it’s clear that nothing has actually ended and that the current crisis might be even worse than the decades-long one before it. Back then, there were ‘rules to the game’ that both sides followed, and neither crossed the red line of the other.

This time around, the US and its allies have been consistently crossing Russia’s red lines in a quest not just to ‘contain’ it, but to bring it to its knees. Since this ‘Continued Cold War’ is being fought directly on Russia’s borders and even inside the country itself, and with the US and its allies ideologically blind to the consequences and continuing to march forward regardless, the chances of a Malta Summit redux sadly appear to be slim to none.