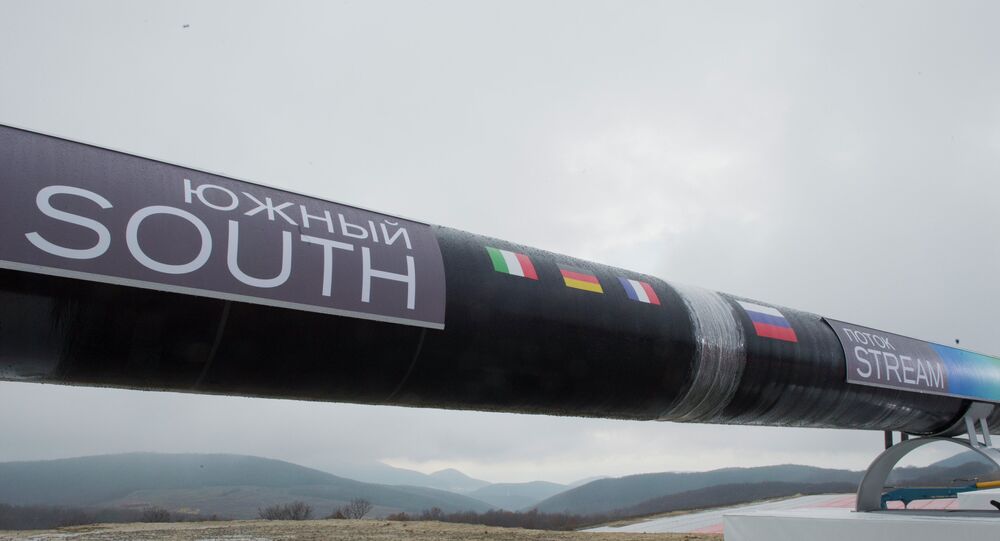 According to a Hungarian analyst, Europe's opposition to the pipeline project has eventually led to the current crisis and will hit hard certain states, but also expressed his hope that the decision is not final.

MOSCOW, December 2 (Sputnik) — With the announcement of South Stream project closure by Russia, European analysts predict harmful consequences for Europe, but also note there is a chance the decision was not final.

According to a Hungarian analyst, Europe's opposition to the pipeline project has eventually led to the current crisis and will hit hard certain states, including Hungary.

"It will be common Europeans and, of course, Hungarians, who will have to pay the price for it [closure of the project]. Europe is in a deadlock, which it created on its own," Professor of Political Sciences and Advisor to the Parliamentary Group of the Hungarian Socialist Party Dr. Laszlo Kemeny told Sputnik Radio Tuesday.

He also expressed concern over the future gas supplies to Hungary, as the government has not signed a new long-term agreement with Russia on gas deliveries.

"We start 2015 without a crucial agreement securing natural gas supplies for future," Kemeny stated, explaining that there are no guarantees that gas will safely pass through the Ukrainian territory via the Ukrainian gas pipeline system.

"There is one hope – that Russia has agreed with Turkey on constructing a pipeline under the sea to the Turkish-Greek border. And from there gas could go to Europe. However, we will have to wait for it for three more years," Kemeny concluded.

At the same time, the Russian position on the South Stream project may be considered as a bargaining tool to make Europe change its stance.

"This situation with the South Stream has been staged consciously, to prompt European countries to take this or that side. The project is not closed, this was just the way to press on Brussels," Andrzej Szczesniak, Polish independent energy expert, told Sputnik radio.

On December 1, Russian President Vladimir Putin said that Russia was not willing to continue implementation of the South Stream project in light of the European Commission's "non-constructive" stance on the matter. Russian energy giant Gazprom CEO later announced that Russia is terminating the project and has no plans to revive it.

In 2012 Gazprom announced the construction of a South Stream pipeline across the Black Sea to reduce the chances of Russian gas being delivered to central and southern Europe through Ukraine being interrupted. The pipeline was expected to be fully operational by 2018.

Brussels has long endeavored to hamper the project, saying it violates the European Union's Third Energy Package, which stipulates that pipelines in its member countries cannot belong to natural gas producers. Moscow insisted that the construction of the pipeline does not contradict the regulations.