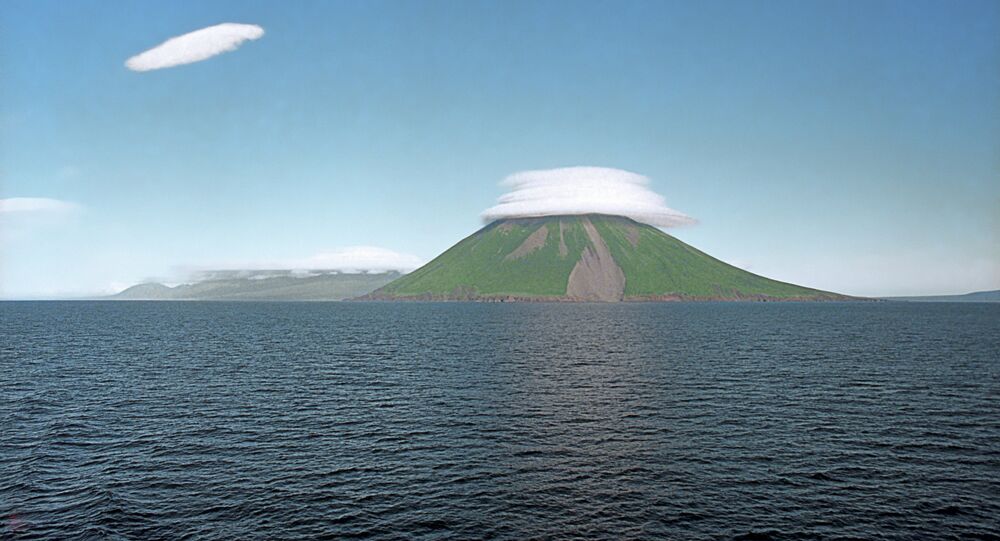 It's an inappropriate time for an agreement on Kurils despite positive attitude in Russian-Japanese relations, experts believe.

© Sputnik / Vladimir Fedorenko
Another Japanese Minister Surveys Kuril Islands From Border Area
MOSCOW, December 1 (Sputnik) — Unless Japan makes changes to its foreign policy and shows a more positive attitude in its relations with Russia, there is no likely solution to the Kuril Islands dispute, Russian and Japanese experts told Sputnik Radio on Monday.

"[Japan] should show [a more] positive attitude toward Russia. If this is the case some progress in negotiations is possible. But we cannot talk about any particular solution to the issue at the moment when Japan supports sanctions [against Moscow] and criticizes Russia," said Alexander Panov, a former ambassador to Japan.

Commenting on Japanese Prime Minister Shinzo Abe's promises to find a resolution to the issue of the Kuril Islands, Panov said that there was nothing specific about Abe's words, and that the problem remains.

Japan Hopes for Progress in Negotiations With Russia Over Kuril Islands Dispute: Minister
The Russian specialist from the Institute for the US and Canadian Studies added that at the moment "the atmosphere is not appropriate for an agreement."

A researcher from Kyoto, Ivao Osaki, said that Japanese politicians and diplomats still retained the mentality of the Cold War period, which is the root of the problem.

"The Cold War is over, but Japanese foreign policy has not changed at all," Osaki told Sputnik Radio.

He noted that the territorial dispute surrounding the Kuril Islands was used by the United States during the Cold War to keep the Soviet Union and Japan from establishing friendly ties.

© RIA Novosti . Sergey Guneev
Kremlin Notes Positive Development of Kuril Islands
"They [Japanese politicians] cannot think independently, they only follow the US lead. It is also important for the Japanese to realize that territorial disputes are, first and foremost, the problems of the Japanese mindset, the problems of how they perceive history," the researcher said.

He went on to say that Japan, instead of alienating itself from Russia, South Korea and China, should work together with those countries in order to facilitate political and economic cooperation in Asia.

Russia and Japan have yet to resolve a dispute over four islands in the Sea of Okhotsk, called the Southern Kurils by Russia and the Northern Territories by Japan. The disputed islands — Iturup, Kunashir, Shikotan and Habomai — are currently administered by Russia and have been since the end of World War II, but the Japanese government still lays claim to them.