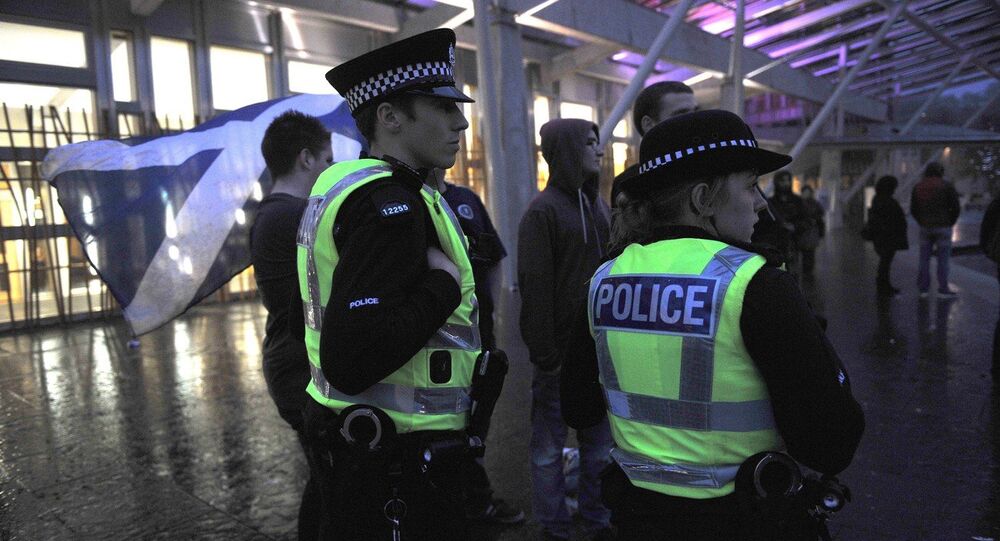 © Fotobank.ru/Getty Images / Simon Dawson
New Powers for Scotland ‘Fall Short’ of Pre-Referendum Promises
EDINBURGH, November 28 (Sputnik), Mark Hirst — One of Scotland's most respected legal minds, Professor Robert Black QC, has told Sputnik News that he is "particularly troubled" by new changes to Scottish criminal law that could result in individuals being convicted without the corroboration of any evidence, previously a cornerstone of Scotland's independent legal system.

"I am particularly troubled about the possibility that after abolition [of corroboration] an accused could be convicted on a single piece of circumstantial evidence," Black told Sputnik News. "This is particularly worrying in Scotland where the courts seem to take the view that it's enough if the item of circumstantial evidence is "consistent with guilt" rather than requiring it to be "more consistent with guilt than with any innocent explanation"," Black said.

"The introduction of any new safeguards would have to ensure that the integrity of Scots criminal law is not compromised, and we cannot simply borrow safeguards from other jurisdictions without proper regard as to how the Scottish system has developed and currently operates," Colin Dunipace who is a member of the Law Society's criminal law committee told Sputnik.

The recommendation to remove corroboration from criminal legal cases comes from the Carloway Review commissioned by the Scottish Government, but has proved controversial. Corroboration is a unique feature of Scottish criminal law and means that even if the accused makes a confession of guilt, additional independent evidence is required to prove guilt in a Scottish criminal court.

© Sputnik / Vladimir Astapkovich
SNP Official Accuses British Gov't of Incompetence Amid Austerity Measures
Black, who is Professor Emeritus in Scots Law at Edinburgh University, said the Law Society's warning did not go far enough and called for the proposal on the abolition of corroboration to be thrown out completely.

"On the whole, I agree with the Law Society's concerns," Black told Sputnik. "But what's really needed is a belated recognition that the Carloway proposal [to abolish corroboration] was a nonsense and should now be jettisoned."

The Scottish Government has put on hold plans to abolish corroboration pending a review expected to be complete by April 2015, despite Members of the Scottish Parliament endorsing the Carloway recommendation and passing legislation that would end the role of corroboration in criminal cases.

In a statement a spokeswoman for the Scottish Government's Justice Department responded, "The review group combines academic excellence with practical experience, and is made up of 18 respected individuals drawn from the full spectrum of relevant groups, including victims' and human rights bodies, judges and legal practitioners, scholars and the police."

"We look forward to receiving its full report next year," the spokeswoman added.