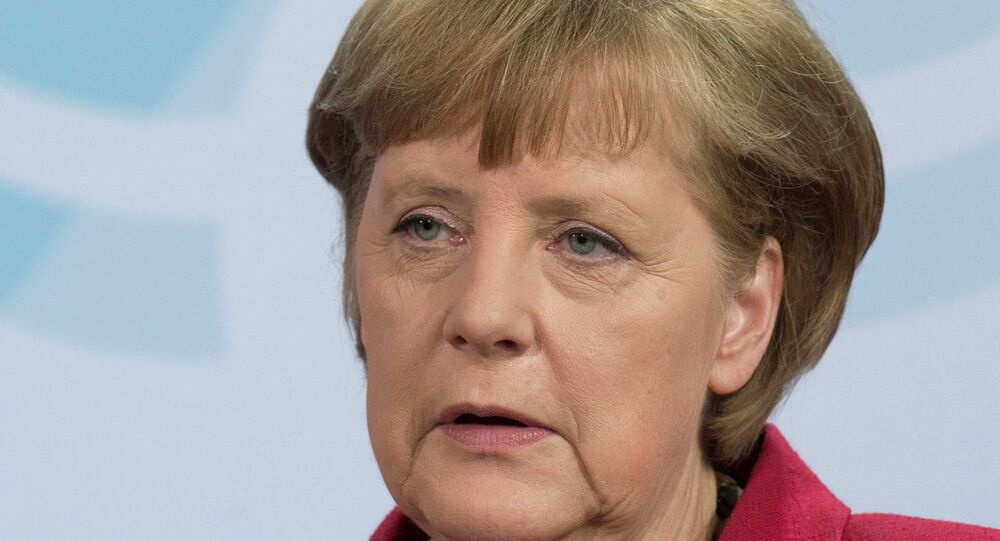 Despite pressure from German industry and the "Russland Versteher" group, Chancellor Merkel declared a "remapping" of Russian-German relations.

© Sputnik / Aleksey Nikolskiy
Merkel Says Security in Europe May be Ensured Only Together With Russia
On November 26, in Berlin, Angela Merkel blamed Russia for "violating Europe's peaceful order" during a speech in the lower house.

© AP Photo / Markus Schreiber
Merkel: Sanctions Against Russia to Remain in Force
Reuters reported on November 16, that Sigmar Gabriel, Germany's Vice Chancellor and the leader of the centre-left Social Democrats (SPD), who previously supported anti-Russian sanctions, noted that he could not see how tougher sanctions "would help us [Germany] move forward economically," stressing that they "will only make the situation more difficult." The media outlet added that Gabriel, "SPD's likely candidate to challenge Merkel in 2017," also criticized NATO's "sabre-rattling" on Russian borders.

Merkel: Sanctions Against Russia to Remain in Force