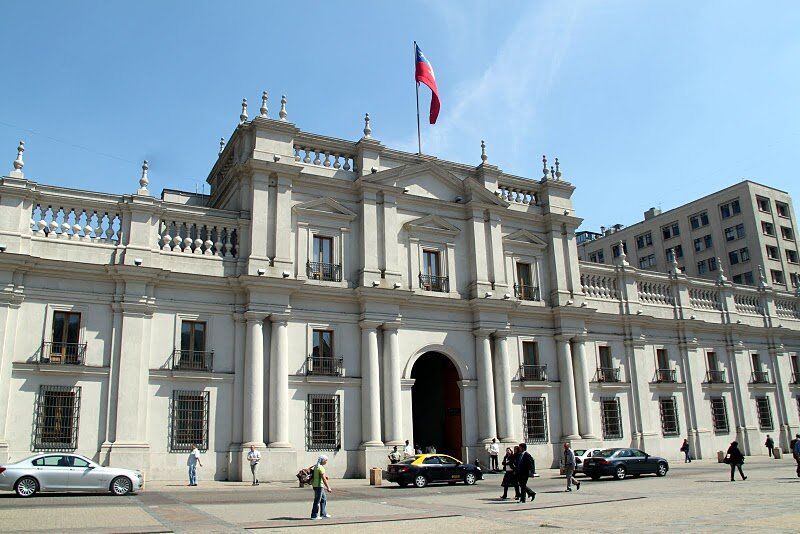 Protectionist and free trade policies were hotly debated among Latin American nations yesterday, as member states of Mercosur and the Pacific alliance discussed areas of cooperation to bolster growth.

MOSCOW, November 26 (Sputnik) — Latin America has moved towards convergence in infrastructure, energy and labour market as the free-trade-oriented Pacific Alliance (PA), led by Mexico, and the protectionist Common Market of the South (Mercosur), led by Brazil, discussed a UN-proposed trade alliance.

The two rival economic unions of Latin America held negotiations Tuesday regarding proposed partial integration.  Hosted in Chile, the two-day talks saw meeting of the nations’ foreign ministers Monday, and full-scale negotiations the following day. While the PA and Mercosur did not agree upon rapprochement in broader foreign trade policies, in some spheres, like immigration, infrastructure, healthcare, exports, tourism and energy, the sides said they could reach common ground.

© Sputnik / Michael Klimentyev
Brazil Aims for Stronger Economic Cooperation With BRICS Partners, EU
Chilean President Michele Bachelet has long advocated the unification of trade policies in Latin America, and she suggested that the continent should not be divided in two competing blocs of nations.

“In this historic meeting, we expect to take the first steps on a common road for development in our Latin America,” she said in her speech at the opening of the negotiations. "We know that Mercosur and the Pacific Alliance are integration schemes that are built on very different bases. It is not realistic to put forward today integration in the area of tariffs, but we can advance in many other areas," she added.

In her opinion,  competition between the two unions without any dialogue is not a constructive way of pushing Latin America towards a better future. Practical moves towards cooperation in all possible areas of mutual interest will greatly contribute to the region’s economic development.

“Finding the convergence between two different integration mechanisms, but with similar goals, should be a reality,” she said.

© Sputnik / Sergey Krasnouhov
US to Start Supplying Shale Gas to Chile in 2015
Chile, Colombia, Mexico and Peru are part of the Pacific Alliance, while Mercosur includes Argentina, Brazil, Paraguay, Uruguay and Venezuela. On a global scale, the whole Latin-American region has been stagnating in terms of exports since the late 1990's, with its total share in global exports stuck between 5% and 6%.

According to a recent report of Economic Commission for Latin America and the Caribbean (ECLAC), “The Pacific Alliance and Mercosur: towards convergence in diversity,”  volumes of trade between the two blocs accounted for $47.4 bln, which is only 19.2% of joint exports of Latin-American nations. The UN agency notes that this year volumes of internal Latin-American trade decreased further by 4.9%, as more Latin-American goods are destined for the global market outside of the region.

Similar to the President of Chile, ECLAC claims that integration between the PA and Mercosur will benefit both sides and boost the region’s global presence. "An integration process of regional features seems more appropriate as a sign of the times and the demands of structural change in favor of equality in Latin America. The gradual convergence between the Pacific Alliance and MERCOSUR could prove to be a decisive catalyst of that process," ECLAC’s Exec Secretary Alicia Bárcena said introducing the report.

© Sputnik /
Mercosur Summit to Sign New Economic Zone Agreement
ECLAC recommended that the complete integration of Latin-American should be discussed at international meetings in 2015, as the actions to consolidate the region will significantly increase its weight internationally  and boost its competitiveness against other major world players.

During yesterday’s negotiations Chilean FM Heraldo Muñoz said that “even if Mercosur and the Pacific alliance respond to different economic models, they are two essential components, whose gradual and pragmatic convergence would give important benefits to the countries of both blocs.”

His Brazilian colleague Luiz Alberto Figueiredo also noted that PA and Mercosur have similar objectives and “complement each other.” However, Brazil at the moment may be reluctant to deepen ties with the PA, as the ruling Workers’ Party has won the recent election by promising to deepen cooperation within Mercosur instead of cooperating with members of the PA.

Latin American Countries Establish Pacific Alliance
Argentine FM Héctor Timerman said that a common market for industrial goods within Latin America would boost the competitiveness of manufacturing sectors of all the region’s economies. “If we don’t create a common market for our industrial products, it will be very difficult to sell them outside the region,” Timerman said, as quoted by Buenos Aires Herald. “We can’t keep being a simple provider of raw materials.”

According to Moody’s international ratings agency, the PA, albeit being smaller in population and total GDP, is doing better in GDP per capita. Mercosur has been growing slower than the PA during past two years, however, in 2002-2012 the PA grew at a slower pace.