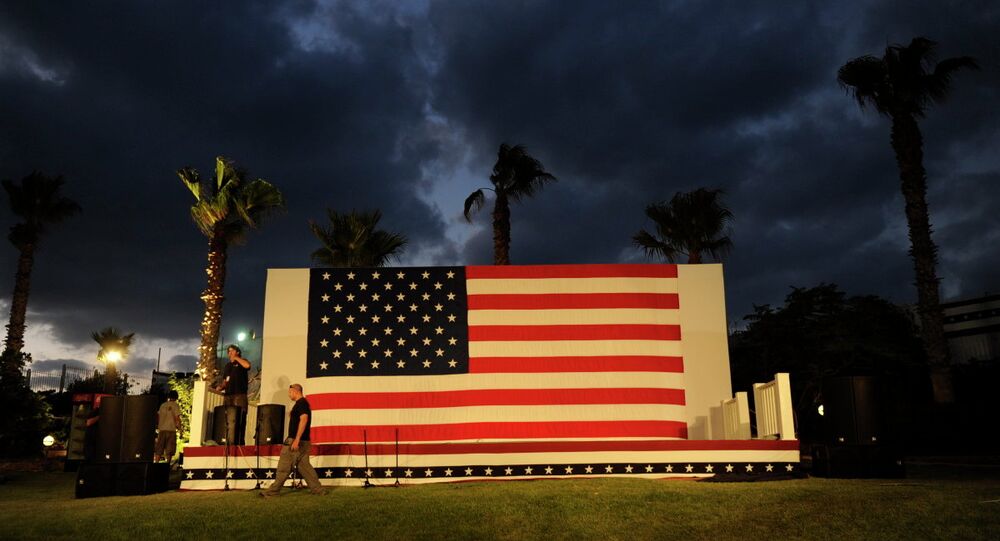 The American-Israeli ‘Fallout’ Is A Strategic Illusion

Despite several highly publicized spats, the essence of US-Israeli ties hasn’t changed, and the two are as close as ever. They continue to pursue the same vision of a ‘New Middle East’, which could be why they are strategically distancing themselves from one another.

A lot of fuss has been made over the US’ criticism of Israeli settlements in the West Bank and Israel’s concerns that the US is being ‘soft’ by negotiating with Iran, making it seem like the two allies are experiencing a falling out of sorts. That’s not exactly true- it could well be that the relationship is purposely becoming more complex to dispel the stereotype of a ‘master-puppet’ interaction. This gives the US-Israeli alliance the face-saving plausible deniability needed to make major moves in the Mideast.

There’ve been a couple incidents that have been overplayed to distract from the close nature of US-Israeli ties, the latest being the “chickenshit” controversy. An unnamed US official recently used that word to describe Israeli Prime Minister Netanyahu, which made international headlines and led to John Kerry issuing an apology. The US has also been vocal about its criticism of new Israeli settlements and its support of an eventual two-state solution. Combined with its refusal to succumb to Israeli pressure and bomb Iran, instead choosing to enter into nuclear talks, some in the Israeli establishment have been quick to lambast Washington and question whether it still remains a loyal ally. But while the world wastes time wondering whether the US and Israel are in a lovers’ spat, the two continue working closely together behind the scenes.

Despite American pressure against new Israeli settlements, the US has always supported Israel in every regional war it has fought, including against the Palestinians. In this manner, it doesn’t matter if the US criticizes the building of houses so long as it turns a blind eye to the dropping of bombs, which is happening ever more frequently in recent years.

The US’ negotiations with Iran don’t threaten Israel’s security, they enhance it, since it’s more efficient for the two to metaphorically disarm Tehran via talks than through tanks. Any US-Israeli subterfuge wouldn’t succeed if they presented a united front in supporting the talks, so a strategic and public break was needed to remove Iran’s suspicions. If the country lets its guard down against the US and the West, while remaining distrustful of Israel, the primary objective is still served, since the former two will destabilize Iran one way or another on behalf of the latter.

Even if hostilities were to emerge, Israel’s nuclear monopoly (never criticized, let alone officially acknowledged, by the US), potent Air Force (ranked among the world’s best), and US-supported Missile Defense Shield guarantee that it can more than hold its own. There’s no fear of Iran nuking Israel either, since suspected US-Israeli collaboration over the Stuxnet and Duqu viruses, and the assassinations of Iranian nuclear scientists, meant that Iran’s nuclear program would remain peaceful even if it wasn’t intended to be.

Looking further afield, the US and Israel are working hand in glove to bring about what Condoleezza Rice referred to in 2006 as the ‘New Middle East’, announced when Israel was at war in Lebanon. As a perfect example, they both support regime change in Syria and have carried out strikes in the country (Israel against the Syrian government, the US against ISIL). Israel has also made diplomatic gains in the past few years, since it’s now in a strategic alliance with aspiring hegemon Saudi Arabia, ostensibly over the non-existent Iranian threat (and Washington’s purposeful ‘soft’ policies) that finally brought together the US’ two main allies. Thus, the powerful American-Israeli-Saudi axis was born.

The US and Israel justify their relationship with different reasons. America originally saw Israel as a geostrategic culturally, politically, and religiously similar foothold in an energy-rich area, thinking that this would make it a more dependent long-term ally than any Arab state. It also harbored ambitions to build Israel up into a ‘regional sheriff’ that would enforce the US’ will by proxy. And of course, the American Israel Public Affairs Committee, or AIPAC lobbying group also extended enormous influence over American policy and has continually served as Israel’s real ambassadorial organization in the US.

Likewise, the Israelis see in the Americans a powerful ‘big brother’ that can come to their aid when needed, understanding that the US has concrete self-interests of its own to support it. It was also one of the superpowers during the Cold War and served as a counterweight to Soviet support for the Arab states. America’s wealth makes it a convenient ally to have, and by being the largest recipient of US foreign aid, Israel certainly feels the benefits of this largesse. Last but not least, the alliance with the US gives Israel the relative carte blanche to conduct is affairs as it sees fit, knowing that if push comes to show, the strongest military in the world would back it up in a conflict.

The story of one or another country’s deteriorating relations with Israel is an overhyped magic show that shouldn’t be believed, since it’s happened before with both Turkey and the EU. In the case of Turkey, it notoriously started its anti-Israel charade at the Davos Forum in 2009, when Erodgan confronted Peres for excessive violence in Gaza and said that Israel was becoming a “rogue state”. This was followed by the 2010 Gaza Freedom Flotilla incident, and both events catapulted Erdogan to fame in the Muslim world for his supposedly tough stand against Israel. Well, other than words, this wasn’t the case at all. Israel receives around 40% of its oil from Azerbaijan, transiting through Turkey in the process, not to mention its new contracts with Kurdistan. If Erdogan was serious in opposing Israel, he would ‘pull a Ukraine’ and blackmail his ‘enemy’, which he’s not even thinking about doing. On top of that, RT reported that Israel launched a strike on Syria from Turkish territory in July 2013 (which it expectedly denies), showing that the two are still so close that they coordinate their regional plans. Clearly, no break in ties ever really took place.

The EU is also hyped up as turning its back on Israel, but this isn’t the case either. Spain’s symbolic recognition of Palestine and the future French vote on it don’t really mean anything since they aren’t affecting government policy. There’s also the question of exactly which Palestinian borders they would recognize and whether these would conflict with other European states’ possible recognition. Also, these measures are initiated by the socialists in those states and could be reversed if right-wing politicians one day replace them. Just as some countries backtrack on their recognition of Taiwan when administrations change, the EU states could do the same for Palestine. Importantly, talk of the EU sanctioning Israel is just that – talk. If the group would accede to American pressure to counter-productively sanction Russia (with which it has extensive economic and energy relations), then it’s a no-brainer that it would also follow the US’ lead if it advises them to not do so for Israel, whose economic ties are negligible compared to Russia’s. If for whatever reason it does enact symbolic sanctions, this is all just for show and done with the US’ silent blessing (contrary to its public outcry) to make a fake show of distancing the EU from Israel.

The thing is, the further apart the US and friends seem to get from Israel, the closer they really are. It’s just that they’re using smoke and mirrors to obscure their policy coordination. It’s when relations misleadingly seem at the breaking point that they’re really experiencing their renaissance, and that’s when the rest of the Mideast should worry most.