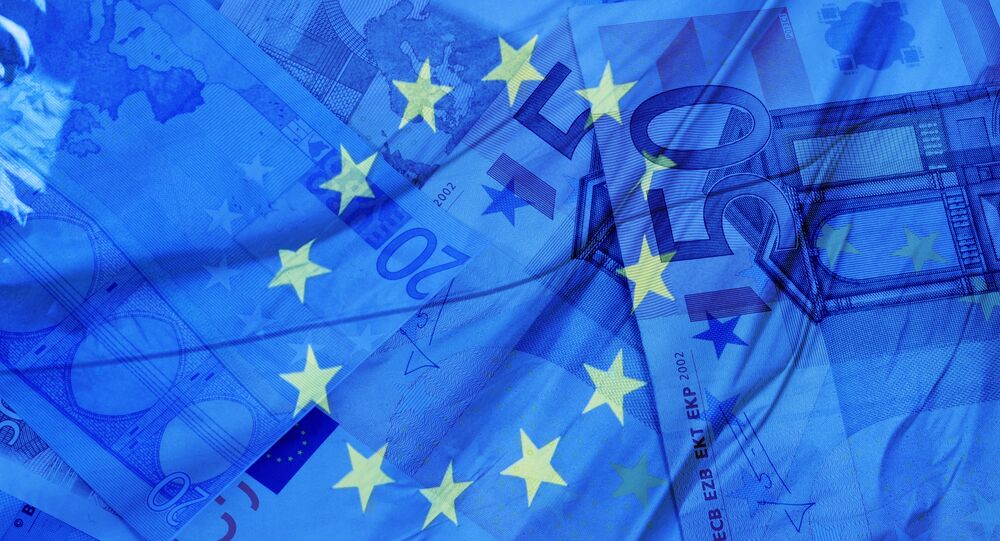 The global economic outlook is deteriorating on Europe’s deflationary stagnation and China’s high-risk cooling, a possible solution to the situation being further international trade intensification.

MOSCOW, November 16 (Sputnik) — The world economy is performing at its two-year worst due to Europe’s near-deflation and China’s economic turmoil, caused by the lack of money liquidity as the US Fed tightening is concentrating investment capital in North America.

The world economy is experiencing one of the worst imbalances between the money and good distribution. On the one hand, the recovery in the United States has shown signs of accelerating, which, along with the Fed monetary tightening and fiscal consolidation, has created an influx and the subsequent accumulation of investment capital. On the other, there are plentiful goods and services that developing markets have to offer either for sale and/or in exchange for the investment. However, the role of the United States as a locomotive for global economic growth has decreased considerably in recent years, and now America imports and exports less, while providing less liquidity to the world. This has led to a slump in commodity prices, decrease in manufacturing worldwide and currency crises in some of the developing nations.

The European Central Bank (ECB), led by Mario Draghi, has recently expressed its intention to implement monetary easing measures, however, no hint at their practical implementation has yet been given so far. This, along with the smoldering Ukraine crisis, adds to the concerns of investors in Europe. Further sanctions on Russia, proposed during the G20 summit in Brisbane by German Chancellor Angela Merkel, will have negative impact on some of the European industries if implemented. For the aforementioned reasons, the economic activity in the Eurozone remains cautiously slow.

The threat of deflation has loomed over Europe for the past two-three years and is provoking further income polarization, as the middle-income class, represented by small businesses like retail and restaurants, is eroding on weak consumer demand.

"There is a growing divergence between highly-skilled well-paid jobs and low-skilled low-paid jobs," Matthew Whittaker of the Resolution Foundation research institution said as quoted by Reuters. "The UK recovery has been marked by pay going down."

In mainland China, manufacturing production output in October fell to its second-lowest since 2009, at 7.7%, according to yesterday’s government figures. China’s industrial value has continued its fall at an accelerated pace in the recent quarters as evidenced by the Bloomberg data.

China’s skyrocket rise in manufacturing capacity in the 2000s made it the second driver for the global growth, behind the US. However, increasing salaries in the industrialized shoreside provinces, an inflating real estate bubble, along with huge provincial indebtedness and lack of investment capital are all reasons that industries and investment capital are now heading back either stateside or to places with cheaper labour and less environmental issues, like South East Asia.

China’s government is now on a track for a gradual liberalization of its economy; however, Beijing’s market-reassuring measures may come a little too late, like those of the ECB.

According to a Bloomberg Global Poll of international investors (), 64% are skeptical of a near improvement in Europe, while 65% were optimistic about the US. Economies of China and India have both been evaluated as in good shape by only 22% of investors. More than 50% of the polled global capitalists said economic conditions in Russia, India, Brazil and China are worsening.

While the US is decisively on their way to the economic near-self-sufficiency, the rest of world will have to get used to a lower quality of life in the medium-term. However, the bilateral and multilateral free trade agreements (FTAs) may be an option for the emerging markets to bolster growth. And there is a ‘Marshall’s plan’ of today – the US-proposed Trans-Pacific Partnership (TPP) and the Transatlantic Trade and investment Partnership (TTIP), which are aimed at providing the key US allies in Europe and Asia with sources of economic growth and development amid the looming global stagnation.

US No Longer 'Locomotive Of Global Growth,' Replaced By China: Economists