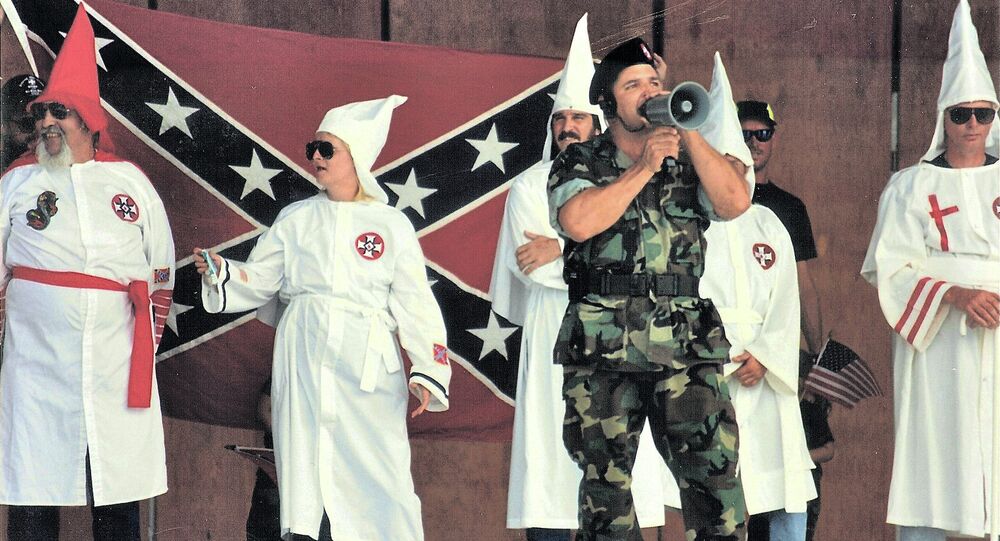 Claiming he saw the error of his ways, former white supremacist John Abarr founded a new Ku Klux Klan group called Rocky Mountain Knights which will not discriminate against race, sexual orientation or religion. However, the idea that a KKK organization will denounce its ideas raises a lot of skepticism.

“We can’t take any of this seriously. John Abarr is still a part of the Klan, the oldest terrorist group in the United States, specifically created after the Civil War to terrorize black people, and that is why I am saying it is absurd and a farce,” she said.

Abarr told the Great Falls Tribune last week that he is a reformed man, and has grand hopes to form the Rocky Mountain Knights as a more diversified group. Counter to every principle the KKK has long stood for, his KKK group would not discriminate against people of race, sexual orientation or religion, Abarr explained.

“KKK is for a strong America. White supremacy is the old Klan. This is the new Klan,” Abarr said. He added that his views have evolved in recent years, pointing to his meeting with a local chapter in Casper, Wyoming of the National Association for the Advancement of Colored People (NAACP). At that meeting, Abarr announced his intentions to organize a “peace summit” with the group and other religious groups next summer.

“John Abarr came into our newsroom for an interview the week before the story was published,” Kirsten Cates, the Great Falls Tribune reporter told Sputnik News. “He indicated his supremacist views had been evolving before he met with the NAACP in Casper, Wyoming in 2013, [and] that his meeting with the NAACP had changed him.” Beirich told Sputnik News that the NAACP’s national chapter quickly denounced his meeting in Casper.

The Ku Klux Klan, a hate group as designated by the Anti-Defamation League and the Southern Poverty Law Center, was founded in the late 1860s, has long called for the “purification” of America. Its racist rhetoric has been matched by hate crimes and murders. In the 1960s, instances of the lynching and brutal execution of blacks and people of color were rampant in southern states. In recent years, the KKK has denounced the advances made by minorities.

“Like I said, we don’t need to reform the Klan, we need to end the Klan,” said Beirich. “The legacy of violence by Klan groups is just immense, going back 100 years. It’s a terrorist organization. Its roots were not being happy with the changes with slavery.”

Abarr has said his new KKK would be a fraternal organization, which looks for members who want to fight against a "new world order" or a one-world government. Beirich scoffed at this notion, and points to the rise of hate groups in recent years. “We have more hate groups today… We have seen in the last decade plus – a reaction in this country by people who are racist who don’t like the way the country is going, meaning they don’t like the fact that the country is becoming more diverse, and that’s just a fact. Whites will be a minority sometime around 2050, according to the census,” said Beirich. “There are people who do not believe that’s the right way to go, and as a result of that, hate groups have been able to organize and increase the ranks in the last decade and a half more or less. So we’re very concerned about that backlash, given the amount of violence that comes from these extremist organizations.”

Beirich also reiterated that Abarr’s motives are likely a publicity stunt. “If he really wants to move the country toward racial reconciliation… then he should be calling for the end of groups, like the Klan. We have a list of people who have left extremist hate groups… If Abarr really wants to stop that trend, then he should denounce the Klan. We don’t need to try to reform the Klan; we need to end the Klan. God knows we don’t need the Klan,” said Beirich.