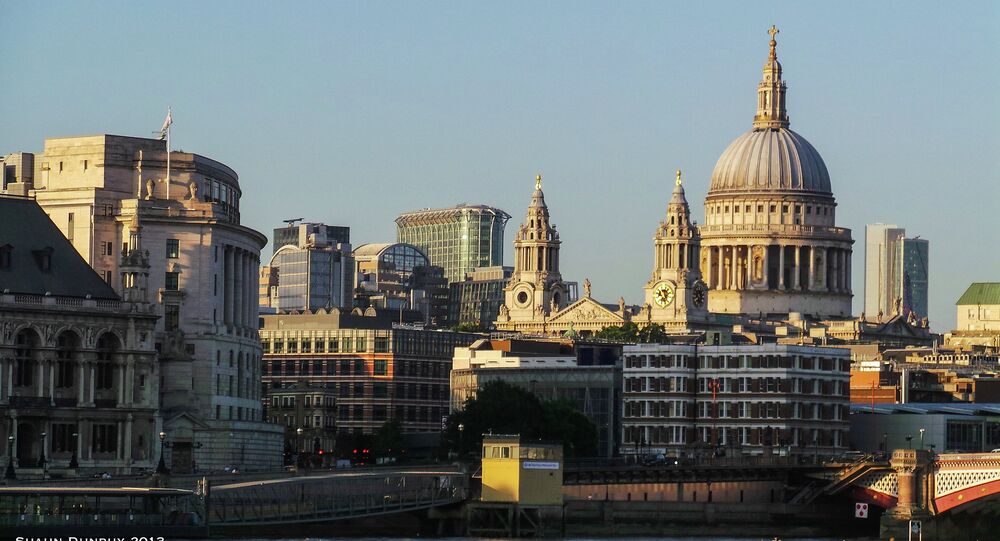 While record fines await large banks, the cost is likely to be passed to the consumer.

LONDON, November 13 (Sputnik), Mark Hirst – The global financial sector has "widespread contempt" for their clients and the actions of market traders border on the criminal, Dominic Frisby, a leading financial expert based in the City of London, told Sputnik.

The expert was responding after five of the biggest banks operating in the City of London were fined a record £2.6 billion ($4.1billion) by UK and US regulators for fixing the foreign exchange rate market, known as forex, the largest trading market in the world.

"This kind of practice is institutionalized and it is across the sector. There is also widespread contempt in finance — among bankers, brokers and others — for their clients," Frisby said.

"This is happening all the time. Every time you use your credit card abroad, for example, every time some kind of cross border payment is made. It's verging on the criminal in my view," Frisby added.

The financial expert, who is also a columnist for MoneyWeek Magazine, said that the fines imposed on the banking giants — HSBC, Royal Bank of Scotland, Swiss bank UBS and US banks JP Morgan Chase and Citibank – will not hurt their business, and the cost of these fines will simply be passed onto their customers.

"As always it's the innocent who pay. And they won't even know they're paying, because the costs will be hidden," Frisby said.

"Ironically, one of the most surreptitious ways banks earn their money is through forex. They make it very hard for, for example, a UK customer to have a euro and a US dollar account. When a customer then wants to make or receive a payment in a foreign currency, the bank does it at punitive exchange rates and the customer will have no choice but to pay it. HSBC are one of the worst offenders in this regard," the expert added.

"They don't care if the customer makes or loses money — it's all about their cut. It's all a result of this monopolistic money system. Crony corporatism, crony capitalism, whatever you want to call it," he elaborated.

Frisby accused the Government of failing to understand the problem and said regulation only serves to prop up the big financial monopolies the banks maintain.

"Governments think more regulation is the answer. It isn't. Only large institutions can afford onerous regulation. Regulation reinforces their monopolies. Mother Nature has a very good cure for this kind of behaviour — it's called bankruptcy," he said.

"While the government goes on protecting these institutions through bail-outs, regulation, whatever it is — nothing will change. People will go on exploiting the monopolies they are given," Frisby added.

The expert, who recently published a new book called "Bitcoin the Future of Money?" added that a new system of money was needed to stop the ongoing malpractice taking place in the existing global finance industry.

"We need a new system of money. It's why I've written a book about bitcoin. Bitcoin is already doing to finance what email did to the post office and what the internet did to publishing," Frisby concluded.

RBS Chief Executive Ross McEwan told the BBC the behavior of some of his trading employees was totally unacceptable.

But although around 50 RBS employees are facing an internal investigation by the Bank there are no plans by the relevant US and UK authorities to seek criminal prosecutions against individual traders in any of the five banks fined by regulators.