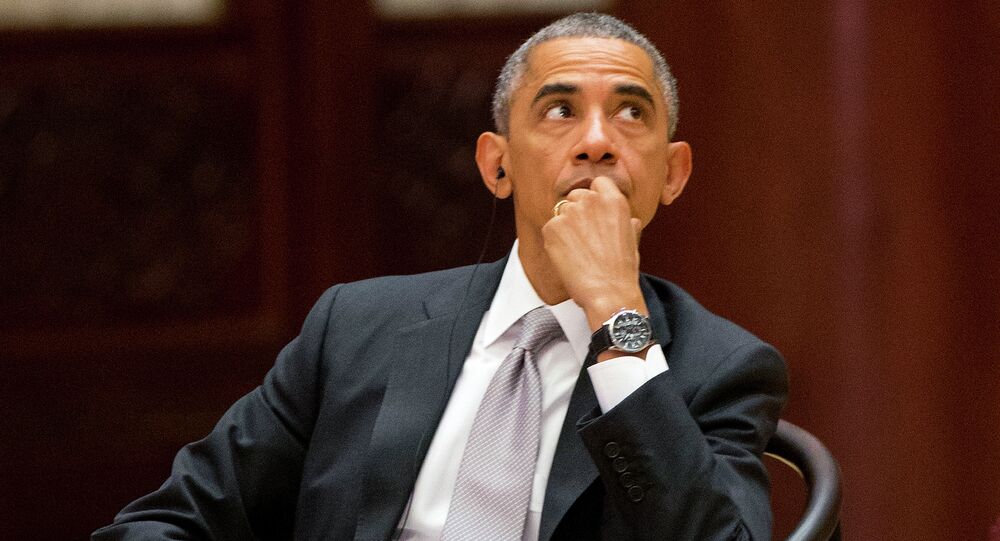 Experts say that the visa facilitation agreement between the US and China is a step towards the strengthening of economic ties, but Obama's lack of promotion authority is an obstacle in gaining more economic strength and in reaching the Trans-Pacific Partnership agreement.

WASHINGTON, November 11 (Sputnik) — The latest US-China visa facilitation agreement is a step towards more beneficial relationship in the region as the United States and Asia become more tied together economically, but the United States also needs to promote more trade authority and reach a deal on the Trans-Pacific Partnership (TPP) in order to gain more economic strength, experts told Sputnik.

"The benefits [of the TPP] are huge not just for the US and globally… I would say that the rebalance to Asia almost sort of hangs in the balance," Senior Adviser for Asia at the Center for Strategic International Studies Bonnie Glaser said Monday. "We'll have to see whether or not that really bares some fruit because ultimately TPP will not get through Congress without Trade Promotion Authority."

Trade Promotion Authority (TPA) is a legislative procedure that defines and overseas through Congress the country's trade negotiations and objectives, ultimately deciding on whether any proposed US trade agreement gets implemented or not.

Experts say that one of the biggest obstacles the United States has so far faced with the TPP negotiations has been US President Barack Obama's lack of trade promotion authority with Congress.

"The new Senate majority leader Mitch McConnell has indicated that he is interested in talking with the President [Obama] about advancing a free trade agenda during his last two years in office," Glaser said.

Meanwhile, Senior Fellow and Director for Asia Studies at the Council on Foreign Relations Elizabeth Economy told RIA Novosti that the newly elected Congress may help solve the United States' challenge in the TPP negotiation process.

"One of the biggest obstacles for the US with TPP has been the lack of trade promotion authority for the president [Barack Obama]," Economy said. "With the new more trade-oriented congress just elected, this problem may be solved."

The United States generates about 60 percent of the TPP's Gross Domestic Product, which is worth $27.5 trillion, thus giving the country a significant influence on the outcome of the negotiations, a report from the Brookings Institution said.

Although China is not part of the US-led trade agreement, it is pushing for a trade agreement of its own known as the Free Trade Area of the Asia Pacific (FTAAP), one that the other negotiating countries think is secondary, Asia expert Glaser said.

"The US believes that the TPP needs to come first and that can be a pathway to a bigger broader FTAAP agreement," Glaser said. "China is more eager to launch these negotiations [on FTAAP] sooner [and] in fact wanted there to be an agreement at APEC to begin a feasibility study but the United States and other nations believe that it is premature to put this [FTAAP] on the negotiating agenda."

The TPP is a 21st century trade agreement that aims to increase US economic investment in Asia by negotiating with 11 partner countries in the region. It would give access to US workers, families, businesses, farmers and ranchers to some of the fastest growing markets of the world, according to the Office of the US Trade Representative.