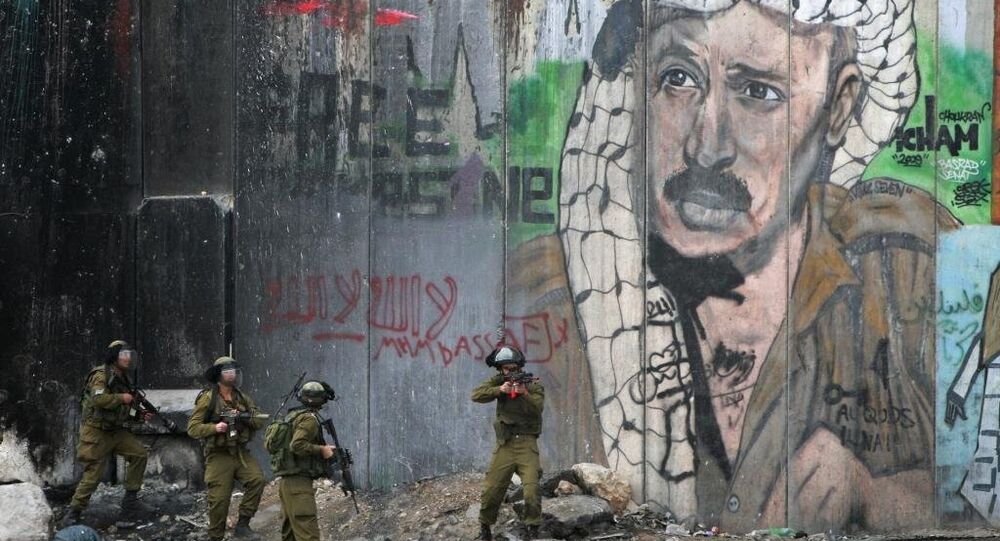 For years, mainstream politicians in Britain have been cautious in support of Palestine and shy of talking tough to Israel for fear that would jeopardise the "peace process". But attitudes seem to be changing.

The opposition Labour Party supported the motion and 189 of their MPs voted in favour. The governing Conservative Party gave its MPs a free vote on the matter, and 42 of them voted for recognition; the vast majority abstained, with only 6 voting against.

This was a backbench motion and its passing is unlikely to have an immediate impact on the policy of the present government, which is to recognise a Palestinian state "when it can best help bring about peace".

Those were the words of the former Foreign Secretary William Hague to the House of Commons in November 2011.  However, if a Labour government were elected in May 2015, it seems likely that UK recognition of Palestine would be very much on the cards.

Even more astonishing than the number of MPs in favour of recognition for Palestine was the unprecedented criticism of Israel from MPs on all sides of the House in the 4-hour debate that preceded the vote.  45 MPs made speeches during the debate, 38 of them in support of the motion.

For many years, Britain's mainstream politicians, bar a small number of outspoken supporters of Palestine, have refrained from serious criticism of Israel. The rationale has been that such an approach would not be conducive to the peace process or a two-state solution.  This principle was maintained despite the fact that Israel's relentless colonisation of the West Bank including East Jerusalem has rendered the creation of a viable Palestinian next to impossible.

But, in this debate, it seemed as if recent events — Israel's failure to make any serious proposals during the Kerry initiative, its bloody assault on Gaza this summer and recent announcements that thousands more settler homes are going to be built — had given MPs licence to speak their mind about Israeli actions and to admit the truth that, unless external pressure is brought to bear on Israel, it will not withdraw from the occupied territories and allow a viable Palestinian state to come into existence.

This view was expressed most forcibly by former Labour Foreign Minister Jack Straw, who said: "Israel has been occupying Palestinian land for nearly 50 years…. In the last 20 years… it has compounded that failure by a deliberate decision to annex Palestinian land and to build Israeli settlements on that land. There are now 600,000 such Israeli settlers in East Jerusalem and the West Bank. The Israelis are seeking to strangle East Jerusalem by expropriating land all around it, and two months ago, they announced the illegal annexation of a further nearly 1,000 acres of land near Bethlehem. The Israeli Government will go on doing this as long as they pay no price for their obduracy."

And he argued that "the recognition of the state of Palestine alongside the state of Israel will add to the pressure for a negotiated two-state solution, and may help to bring that prospect a little closer to fruition". 273 other MPs agreed.

It will take a great deal more pressure — serious economic sanctions, for example, — to persuade Israel to permit the creation of a Palestinian state.  However, it seems that many MPs have now abandoned the fantasy that it can be done simply by direct negotiations between Israel and Palestinians without external pressure being applied to Israel.