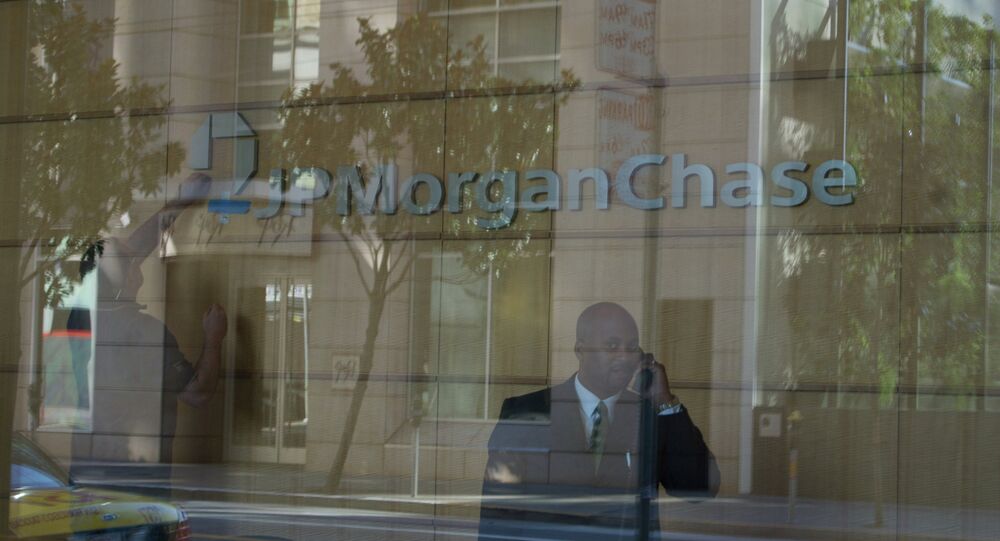 At least 76 million households and seven million small businesses were affected by a cyber attack on JPMorgan Chase this summer, the company revealed on Thursday, October 2. The news has sparked a heated debate regarding the security of consumer data in the US.

MOSCOW, October 3 (RIA Novosti), Ekaterina Blinova - At least 76 million households and seven million small businesses were affected by a cyber attack on JPMorgan Chase this summer, the company revealed on Thursday, October 2. The news has sparked a heated debate regarding the security of consumer data in the US.

"The details of the breach — disclosed in a securities filing on Thursday — emerge at a time when consumer confidence in the digital operations of corporate America has already been shaken…  Unlike retailers, JPMorgan, as the largest bank in the nation, has financial information in its computer systems that goes beyond customers' credit card details and potentially includes more sensitive data," the New York Times reveals.

The bank stated that "customer money was safe," pointing out that there was no evidence that account numbers, passwords, or Social Security numbers had been stolen by hackers. However, JPMorgan admitted that the unknown attackers could obtain a large amount of sensitive data, including names, email addresses, phone numbers and addresses.

The case has triggered fears that perpetrators may "easily wreak havoc with the nation's financial infrastructure," notes the Wall Street Journal.

Drew Maness, an independent cybersecurity consultant, suggests that hackers may use stolen email addresses "to send fake emails to Chase customers that trick them into logging in to an impostor Chase website."

"This is really a slap in the face of the American financial services system. Honestly, this is a crisis point," said Gartner security analyst Avivah Litan, as cited by the Associated Press, adding that banks should "have fortress-like protection" against hackers.

The New York Times notes that it seems that the perpetrators possess "a list of applications and programs," used by JPMorgan. It is most likely that the hackers penetrated the bank's database, exploiting the "known vulnerabilities" and security holes in computer applications. The attackers reached more than 90 of the servers in the bank's network. However, there is no evidence that the perpetrators stole any money from JPMorgan's client accounts, the media outlet emphasizes.