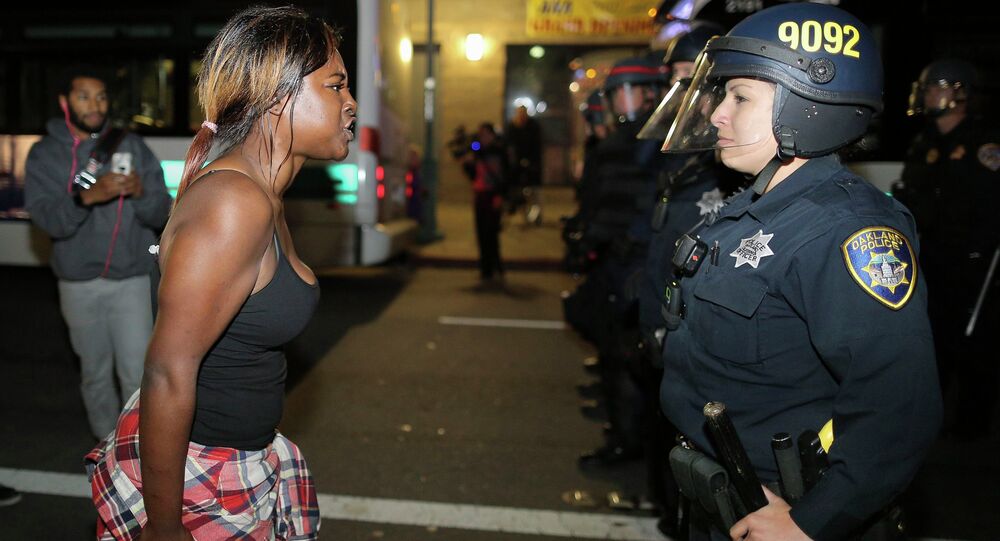 Racism has deep roots in the United States, as the country was built on enslavement of Africans, and police killings of African-Americans have a long history, American journalist and writer Adam Hudson told RIA Novosti.

WASHINGTON, August 22 (RIA Novosti), Liudmila Chernova — Racism has deep roots in the United States, as the country was built on enslavement of Africans, and police killings of African-Americans have a long history, American journalist and writer Adam Hudson told RIA Novosti.

“The United States was built on the enslavement of black African slaves and the genocide of Native Americans. So racism runs deep in American history, culture and politics. The routine police killings of African-Americans has a long history,” Hudson said, recalling slave rebellions in the United States, and other European colonies, “and white slave masters did as much as they could to repress them, including through violence.”

“After slavery, there were routine lynchings of black people by white vigilantes and terrorist groups like the Ku Klax Klan during the Jim Crow era that lasted until the 1960s. Police have long harassed and brutalized African-American communities, as well.”

The protests in Ferguson sparked in response to a police officer killing unarmed African-American teenager Michael Brown, “indicate that police killings of unarmed black people is sadly very common and not unusual.”

According to a report by the Malcolm X Grassroots Movement, 313 African-Americans were killed in 2012, averaging one every 28 hours. So, “what happened to Michael Brown is an everyday reality for the African-American community.”

“Many of them are imprisoned for nonviolent drug offenses. African-Americans are disproportionately arrested and incarcerated for drug offenses, even though blacks and whites use drugs at roughly the same rates,” Hudson said.

“On top of that, American police have been heavily militarized, which is why the police in Ferguson look like more like an occupying military force than regular police officers. Racism hasn't gone away in America. It's just changed its shape and form throughout American history.”

Meanwhile, Hudson told RIA Novosti, the government is not doing enough to eliminate these problems.

“So far, President Obama has been very hesitant to come out too strongly on the Ferguson issue,” the journalist said, adding that, in some ways, the Obama administration has exacerbated the problems facing the African-American community.

“This administration, along with both Republicans and Democrats, has backed austerity measures, like sequestration cuts, which hurt the economic prospects of African-Americans, because it removes money from government programs that black people rely on for services and employment,” Hudson said.

“I think there needs to be fundamental change in American policing. Institutional racism must be eliminated. Far too often, African-Americans are treated as problems rather than human beings whose rights and dignity deserve to be upheld,” Hudson concluded.

In the wake of police shooting of 18-year-old African-American Michael Brown, over 140,000 Americans have supported a petition to US President Barack Obama’s administration calling for the introduction of the so-called Mike Brown Law, demanding the government “create a bill, sign into law, and set aside funds to require all state, county and local police, to wear a camera."