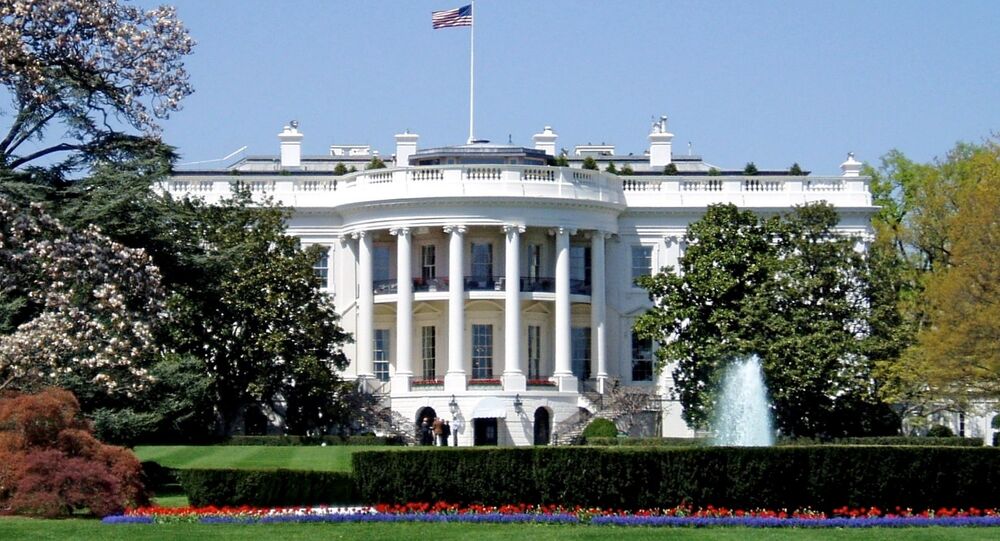 Washington: Sanctions for Russia - Weapons for Ukraine, Georgia and Moldova

America’s goal is, in the words of a high-ranking national security official, to create a “continuous air, land, and sea presence on the territory adjacent to Russia.”

MOSCOW, August 21 (RIA Novosti) - America’s goal is, in the words of a high-ranking national security official, to create a “continuous air, land, and sea presence on the territory adjacent to Russia.”

This process would be greatly accelerated if Georgia, Moldova and Ukraine are granted “Major Non-NATO Ally” (MNNA) status, as Senate Republican leaders advocate.

America has launched a dual-track effort against Russia: sanctions against its economy and a military buildup along its western border. These efforts, which are aimed at severing ties between Europe and Russia, received a boost when the military buildup was complimented by major European Union sanctions on July 25 and July 30, extending to Russia’s banking, energy, and military sectors. These sanctions closely followed recommendations which were laid out by Washington on July 16th - a day before the tragic MH17 crash.

The military component of the sanctions prevents EU members from selling Russia any weapons on the 39-page “Common Military List” which covers small arms, bombs, missiles, tanks, chemical and biological weapons, naval vessels, airplanes, drones, and lasers. These complement American sanctions on eight Russian military suppliers, including NPO Mashinostroyeniya, Sozvezdie, Almaz-Antey, and Kalashnikov, which will no longer be able to export AK-47s to Europe.

The United States Treasury’s Office of Foreign Assets Control also froze all of the American assets of the United Shipbuilding Corporation, Bank of Moscow, Russian Agricultural Bank, and VTB Bank.

These sanctions are not retroactive, so they will not impact the sale of a French Mistral-class helicopter to Russia for use in its Black Sea Fleet, but they will create pressure to halt the completion of the second one.

While these ships are headed to join the Mediterranean fleet, the targeted energy sanctions are focused on activities in the Arctic Circle. The 32 banned items include pipes, drills, tubing, and the floating vessels necessary for off-shore oil exploration and extraction.

In addition to these sanctions, the American military is arming Ukraine and Georgia, even outside of the context of NATO. The navies of those two nations will be technologically upgraded by NATO in order to work alongside existing NATO members Turkey, Bulgaria, and Romania, solidifying anti-Russian forces in the Black Sea.

On the western shore of the Black Sea, NATO members Bulgaria and Romania host the American military’s Joint Task Force East out of the Mihail Kogalniceanu Airfield and Babadag Training Area in Romania and the Novo Selo Training Range and Bezmer Air Base in Bulgaria. The coastal Bulgarian city of Burgas also hosted NATO ships during this year’s “Sea Breeze” Black Sea training exercise in July.

On the southern shore is Turkey, which has been a NATO member since 1952. It participated in the most recent Sea Breeze drill in the Black Sea by sending its mine-hunting ship, the TCG Akçay. Georgia is able to participate in these drills thanks almost entirely to support from the American government. From 1992 to 2010, the Republic of Georgia received a total of $3.37 billion in aid from the United States.

From 1998 to 2003, the United States Coast Guard offered training to the Georgian Coast Guard, and helped in the 2003 re-opening of the naval base in Poti with $17 million and four decommissioned vessels.

In 2012 alone, Georgia received $85.5 million; it was visited by Secretary of State Hillary Clinton, who spoke at the defense and security working group of the US-Georgia Strategic Partnership Commission about improving air and coastal defenses and a new agreement for joint training and support in those areas.

During her visit, Clinton also announced that, “In addition to the three patrol boats, we have supported the construction of a ship repair facility, the installation of new communications and observation equipment, and a high-tech maritime information center.”

This process could be greatly accelerated if Georgia, along with Moldova and Ukraine, are granted “Major Non-NATO Ally” (MNNA) status by the American government under the Foreign Assistance Act of 1961, something supported by the Republican leaders in the US Senate.

This status would expedite the transfer of weapons, all of which are already legal for America to send to Ukraine. The suggestion of MNNA status by Senate Republicans led Ukrainian President Petro Poroshenko to push for the designation, both in private calls with President Obama and publicly, when he appeared on American’s news network CNN on July 21.

On July 24, nine members of the House of Representatives – including members of both parties - introduced the Ukraine Security Assistance Act of 2014 to provide MNNA status to Ukraine and to commission a report by Secretary of Defense Hagel assessing Ukraine’s military capabilities, with the intent of providing up to $100 million for weapons and training.

Expediting military support and building up bases around the Black Sea will go hand in hand with the new sanctions to escalate tensions and add kindling to what could become a tremendously threatening, counterproductive, and ultimately unnecessary fire. This would create, in the July 28 words of American Deputy National Security Advisor Anthony Blinken, a “continuous air, land, and sea presence on territory adjacent to Russia.”