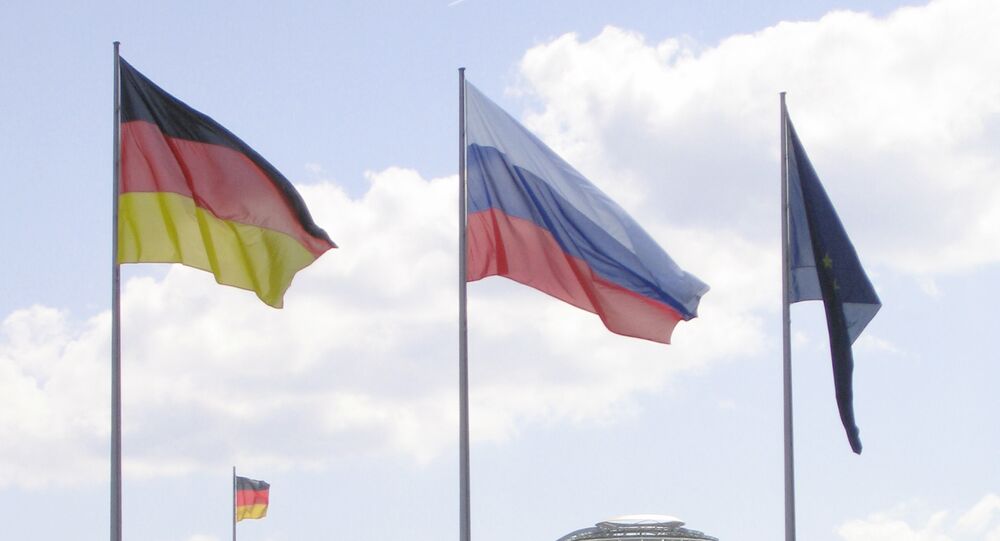 Germany to Suffer Most from Anti-Russian Sanctions - Analyst

Germany, Russia’s important trading partner, will be hit the hardest by the European Union's sanctions against Russia, Josef Yanning, Director of Studies at the European Policy Center in Brussels, said on Friday.

MOSCOW, August 1 (RIA Novosti) – Germany, Russia’s important trading partner, will be hit the hardest by the European Union's sanctions against Russia, Josef Yanning, Director of Studies at the European Policy Center in Brussels, said on Friday.

“German enterprises will suffer from these sanctions. Germany is Russia’s important trading partner within the European Union. This means that in this sphere Germany will be hit harder than other EU countries,” Yanning stressed in an interview with International Information Agency Rossiya Segodnya.

The analyst said, France would suffer largely from the restrictions in the defense sphere and Britain would most likely face the consequences of the sanctions targeting capital markets.

“One can’t deny that Russia’s reaction will also affect other economic sectors apart from banning imports of fruit and vegetables from Poland. Numerous enterprises investing in Russia and not relating to the areas where sanctions have been proposed will also face negative consequences for their businesses,” the expert said.

Yanning also stressed that for Russia, the economic impact of the sanctions may be less important than some political concerns.

“As for the European Union, these sanctions will hurt its economy. The EU, in fact, relied on the fact that Moscow takes a similar approach to the issue, and this would revive the negotiating process once again. But this should not be taken for granted. President Putin sees that there may be a range of other political concerns more important than economic losses the Russian economy may suffer,” the expert said.

Following the measure Russia’s envoy to the EU Vladimir Chizhov said on Friday that Russia would seek cancellation of the sanctions via the World Trade Organization as they contradict the rules of the organization.