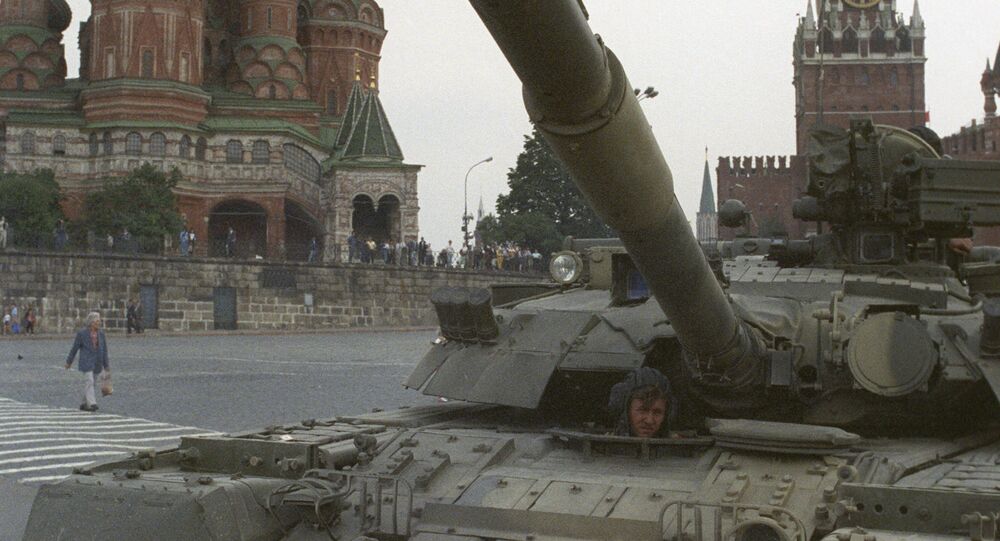 Could the 1991 coup attempt have succeeded?

On the 20th anniversary of the coup attempt by the self-proclaimed State Committee for the State of Emergency (GKChP), we are left to wonder, could the attempt have succeeded?

On the 20th anniversary of the coup attempt by the self-proclaimed State Committee for the State of Emergency (GKChP), we are left to wonder, could the attempt have succeeded? And what would the Soviet Union have been like post-coup? You cannot change history, but that does not mean that this is an idle question. The fact that Russian society returns to this question again and again proves this to be true.

The power structure inherited from Stalin's nearly thirty-year rule (1925-1953), had changed so little by the late 1980s that it had become an unquestioned reality for several generations - just like the water they drank or the air they breathed. Many still feel its absence like a vacuum, a violation of the natural order of things.

It was these institutions - the KGB, the Communist Party and union ministries - that the State Emergency Committee sought to mobilize. But they turned out to be decayed and feeble. The years of Stalin and Brezhnev produced a special type of Soviet bureaucrat - one lacking in initiative and ideology, unable to do anything unless ordered to. He could not even act to save the organization that fed him. As a result, the coup plotters had already lost before the battle began.

The coup plotters were not stupid, inveterate dogmatists. Their appeal to the Soviet people, the committee's main declaration of intent, does not mention the words "Communist", "socialist" or even "socialism." The brains behind the coup, KGB head Vladimir Kryuchkov, had helped put down the Hungarian anti-Communist uprising in 1956. He understood that people in Hungary in 1956 and in the Soviet Union in 1991 did not want Communism; they wanted stability and steady jobs that would help gradually close the gap in living standards with Western countries.

The average Soviet Union citizen could agree with some arguments of the appeal both then and now ("cynical speculation on national sentiment is only a screen to hide one's real ambition"; "prefectures and mayor's offices stand for popularly-elected councils and other bodies of representative authority", etc.). The unkind words the authors of the appeal used to describe Gorbachev's policies were in keeping with the public mood: "The reform policy launched on Mikhail Gorbachev's initiative ... has become deadlocked for a number of reasons ... Streams of words and mountains of statements and promises only highlight the paucity and scarcity of practical deeds."

Such remarks no doubt angered Gorbachev. But the theory that Gorbachev secretly participated in the coup (actively supported during the investigation by the coup plotters and also by Boris Yeltsin in the first days after the coup) cannot be brushed aside so lightly.

"The hell with you, go ahead," were allegedly Gorbachev's parting words to committee members who visited him in Foros on August 18, 1991 (as Boldin, Pavlov and other plotters told me in an interview). It did not sound like an energetic call for action. Rather, they were the words of a deathly ill man agreeing to take a dangerous new medicine - let's try it, although there is little hope; let's try to hold on to power.

In fact, the authorities needed to retake power, not hold on to it.

Seven out of 15 Soviet republics did not participate in the referendum on preserving the Soviet Union, which the committee members railed against in their appeal to the people.

The eight republics that did participate in the referendum on March 17, 1991, were prepared to sign the New Union Treaty on August 20 (only to be foiled by the GKChP). Four of them promised to sign later, in the fall.

Many republics, including Russia, had already begun to follow their own laws, asserting the primacy of republican laws over union ones. For that reason, the new union, which was to have been born on August 20, 1991, was to be called the Union of Sovereign States (USS).

Also significant is that fact that Russia, led by its newly elected president Yeltsin, demanded that the text of the treaty include a provision on a single-channel tax system under which union republics would be responsible for collecting all taxes on their territories, only a portion of which would be passed along to the federal center. During talks in Novo-Ogaryovo early in 1991, Gorbachev failed to secure an agreement dividing taxes into local and federal in the new treaty. Incidentally, this is how the tax system in today's Russia operates.

"Such a single-channel tax system existed only in the Holy Roman Empire of the German Nation in the Middle Ages. The empire did not survive long with this system. It spelled the death of the federal state," the late Yevgeny Saburov once said to me. From August to November 1991, he was the deputy prime minister of Russia. The Soviet Union's political structures died away even before the Belovezhskaya Pushcha Accords were signed in December 1991 - the republics had merely failed to transfer money for their upkeep ...

Therefore, the failed 1991 coup attempt, in effect, was the last desperate attempt by the Soviet authorities to retake the reins of power.

In effect, the State Emergency Committee was part of the Soviet elite - the part that failed to move from union to republican offices, or from party to state posts. Some members of this elite later found a place for themselves in new governing bodies.

Coup plotter Vasily Starodubtsev became the governor of the Tula Region in the 1990s. General Boris Gromov, who signed an appeal to the nation very much in the spirit of the coup and published in the Sovetskaya Rossiya newspaper a few days before the coup attempt, is the governor of the Moscow Region.

Naturally, these officials did not set about building communism in their respective regions of the federation. They had no choice but to follow the rules of the new economy. Thus, the committee's project to immediately "restore the dignity of the Soviet man" proved utopian at the regional level, too.

Nor were the plans of committee opponents implemented - to build a confederation of democratic states with modern market-based economies in place of the Soviet Union. Ignoring history is as silly as trying to return to the past.

Some of the committee's plans were implemented, however - in a different form and many years later. The committee's internal documents showed, for example, that its leaders believed that "reformatting" television was very important.

They did not plan to recruit new TV journalists. They wanted to use familiar faces, popular program hosts and anchors, to pursue a "new line" following the lifting of total censorship, declared on August 19, 1991. The coup plotters did not doubt the loyalty of the "lighthouses of perestroika" - they may grieve but they would fall in line without a murmur. Experience has shown their plan was quite feasible.