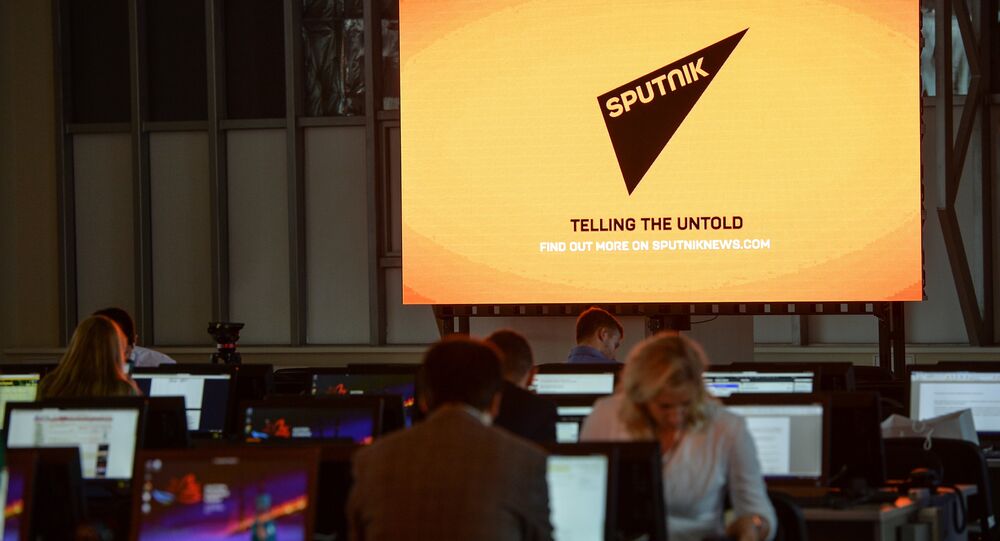 MOSCOW (Sputnik) - Sputnik news agency is launching a 24/7 Farsi-language newswire, with a multimedia press conference devoted to the event that took place on 7 February at Sputnik's media centre in Moscow.

"We are looking for opportunities to strengthen ties between Russia and Persian-speaking countries — such as Iran, Afghanistan, and Tajikistan — and hope that Sputnik Farsi News Service will lay a solid foundation for this interaction in the international media space", Viktoria Polikarpova, the head of the International News Desk at Sputnik, said.

"Journalists from all over the world writing in Farsi will for the first time get prompt access to news about Russia. In a matter of seconds, the world community will be able to obtain exclusive information, which previously had to be collected bit by bit from various other sources or long be awaited due to translation issues", Polikarpova added.

© CC BY 2.0 / Deutscher Webvideopreis / Manche Videocamper haben auch ihre Filmausrüstung mitgebracht
Sputnik Photojournalist Wins World’s Leading Sport Award
Sputnik Farsi News Service is a 24/7 newswire in Farsi for professional journalists, corporations and the diplomatic community, as well as those who want to keep abreast of the latest world news. The newswire contains news articles, reports, analytical reviews, as well as interviews and exclusive comments of Russian and foreign officials and representatives of international organisations to Sputnik correspondents from around the world. Sputnik Farsi offers a wide range of news content about politics, economy, security, and culture.

Sputnik's Farsi Newswire Expected to Be in Demand in Iran

Sputnik news agency's 24/7 Farsi-language newswire, launched earlier on 7 February, is expected to be popular with people looking for an alternative angle to current events, Maxim Baranov, a senior diplomat at the Russian Foreign Ministry, has stated.

"This kind of work is in demand in Iran, all the more so because the ambassador said there was not enough truthful coverage of Russia and Iran on the global scale", Baranov said.

The diplomat, who serves as deputy director at the ministry's Second Asian Department in charge of ties with Iran, said the two countries were engaged in an active political dialogue and economic cooperation.

© CC BY 2.0 / Adam Jones
Sputnik Shown Never-Before-Seen UN Report on Horrific Kosovo Organ Harvesting Campaign
Sputnik is part of the Rossiya Segodnya International Information Agency. The newswires in English, Russian, Arabic, Chinese, and Spanish provide it with a unique opportunity to reach audiences around the world.

Sputnik offers multimedia content in 30 languages to an international audience in 130 cities and 34 countries. Twenty-two bureaus around the world, from Tokyo to Montevideo, employ more than 1,000 people from dozens of countries.