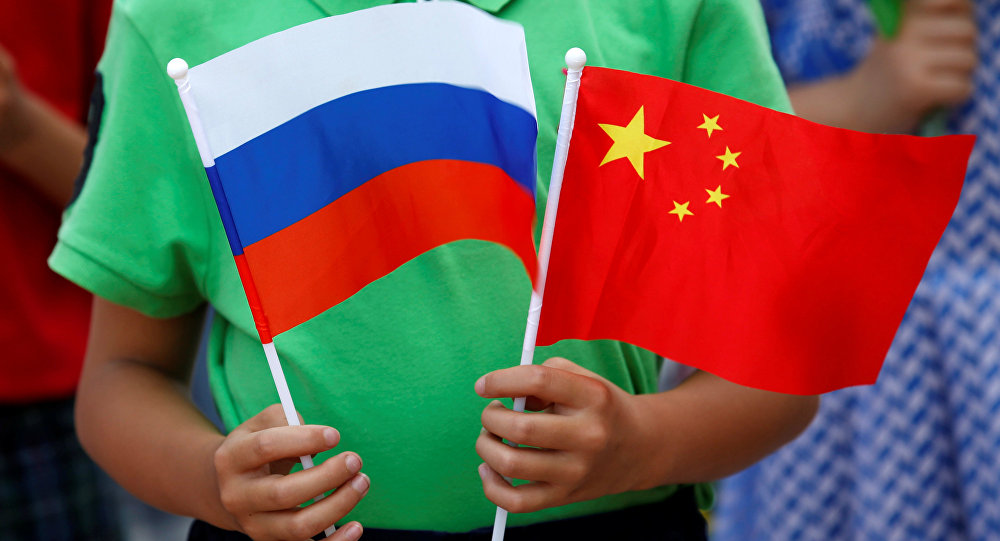 VLADIVOSTOK (Sputnik) - Sputnik news agency and radio on Tuesday signed the international strategic partnership agreement with the China Media Group on the sidelines of the Eastern Economic Forum.

The agreement signed in the presence of the Russian and Chinese leaders provides for the exchange of news materials, organization of joint informational projects and cooperation through the media council of the China-Russia Friendship Committee for Peace and Development.

© AP Photo / Zha Chunming/Xinhua
Massive Defense Drills Show Russia, China Take US ‘Great Power Competition’ Seriously
"Relations between Russia and China over the past few years have reached an unprecedentedly high level. The task of Russian and Chinese media is to constantly support them, including by intensifying informational exchanges. I have no doubt that the signing of an agreement between Sputnik and China Media Group will allow us to take new significant  steps in this direction," Dmitry Kiselev, the director general of Rossiya Segodnya International Information Agency, said commenting on the signing.

China Media Group is the largest media company in China, established in early 2018 on the basis of the China Central Television (CCTV), the China National Radio (CNR) and the China Radio International (CRI).