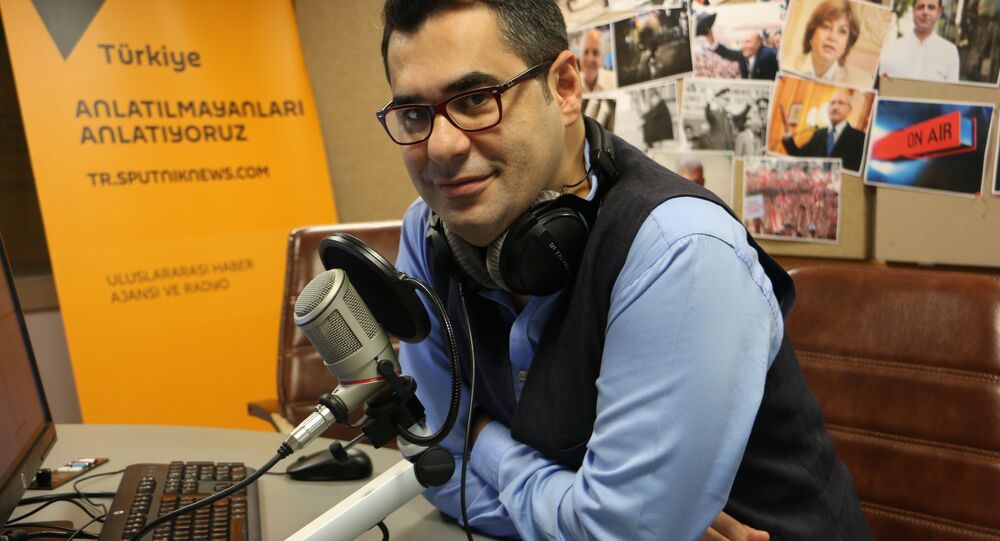 This will be Sputnik’s first morning show. The new program will be divided into two segments. The first includes discussions on top political and economic news with in-studio guests and a morning review of the Turkish press. The second segment will include cultural event announcements and interviews with popular artists, writers and interesting cultural figures. The show will be broadcast every morning on tr.sputniknews.com, and on RS FM starting October 31, 2016. Enver Aysever is extremely popular on the social networks, having over 1.3 million followers, and his career includes collaboration with CNN Turk, Kanalturk, Sky Turk, TV8 television channels and radio NTV.

“I’m very glad that I have the opportunity to be part of the Sputnik Turkey team, which has always followed the principles of free journalism. The name of my program wasn’t chosen randomly. Let the Game Continue is the name of a song by popular Turkish singer, Bulent Ortacgil, which says that life goes on despite the difficulties. I hope that my program will be a source for good moods and friendly relations between people,” Aysever said.

Former TV producer and presenter, sociologist and winner of the Yunus Nadi Prize for best novel, Enver Aysever graduated from the Sociology Faculty at Mimar Sinan University. During his time in TV and radio journalism, he has been the producer and presenter of many popular shows, including Sky Blue on TV8, The Author’s Pen on radio NTV, and was a regular commentator on information programs on TV8. Since 2007, he has been the writer and host of a political discussion program, Awkward Questions on Sky Turk. He also worked as a commentator on the shows Today’s Democracy, Backside and Sunday Politics on Kanalturk. In 2011−2012, he worked as a commentator on the program Four Sides on CNN Turk, together with Altan Oymen, Nazli Ilicak and Nagehan Alci.