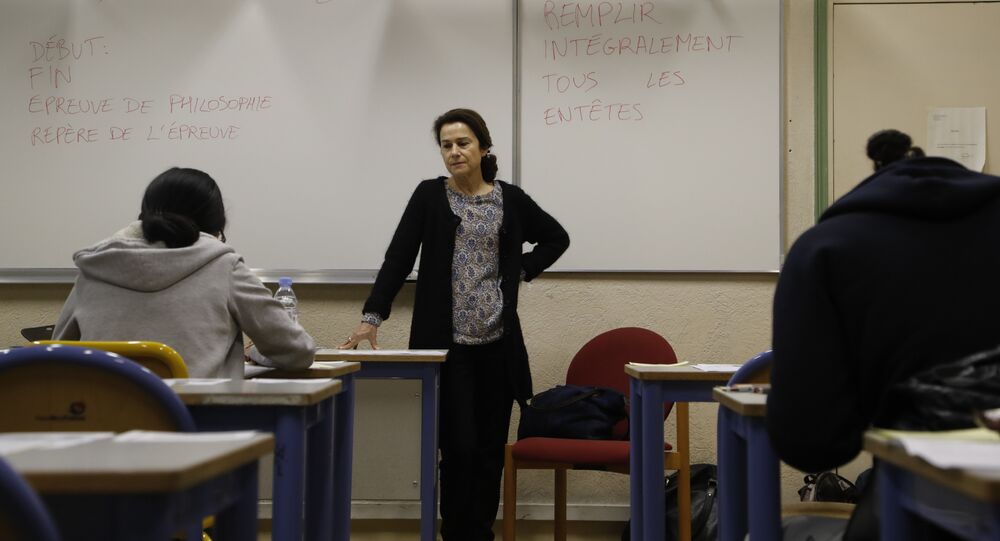 Europeans Displeased With the Education Systems in Their Countries

MOSCOW (Sputnik) — Over a half of Italians, the French and Germans are displeased with the primary and secondary education systems in their respective countries, a survey conducted by Ifop exclusively for Sputnik revealed Wednesday.

© Sputnik
Over Half of Italians, French, Germans Displeased With Countries' Education Systems

A total of 64 percent of respondents in Italy expressed dissatisfaction with their country's school system, with 63 percent of French and 54 percent of German respondents sharing their view, according to survey results.

Just 28 percent of people in France, 31 percent in Italy, and 41 percent in Germany said they were pleased with their education system.

© Photo : Pixabay
About 263 Million Children Across Globe Left Without Access to School Education - UN
Older people showed more aversion to modern European education. While dissatisfaction rates across different age groups were mostly uniform in Italy, 66 percent in the over-35 age group in France disapproved of education in the country's schools compared to 53 percent of those under 35.

A significant gender gap in responses is noted in Germany, with half of men and 57 percent of women indicating disapproval toward German school education. The older age group was also more critical of the education system in Germany. Differences were also observed in terms of the east-west split. About 51 percent of people in western Germany were dissatisfied with the system of primary and secondary education. In eastern Germany, the figure was 61 percent, with Berlin showing the highest disapproval rate of 74 percent.

The poll was conducted by Ifop, France’s oldest opinion and market research company, from June 28 to July 4, 2016. In total, 3,006 respondents older than 18 years old took part in the poll, 1,000 of these in Germany, 1,004 in France and 1,002 in Italy. The sample was representative in terms of gender, age and location. The margin of error is 3.1 percent by country, with a 95 percent confidence interval.

The international public opinion project was created in January 2015, in partnership with leading research companies such as Populus, Ifop and Forsa. The project organizes regular surveys in the United States and Europe on the most sensitive social and political issues.

Education, Eugenics and the Movement for Black Lives on Immigration