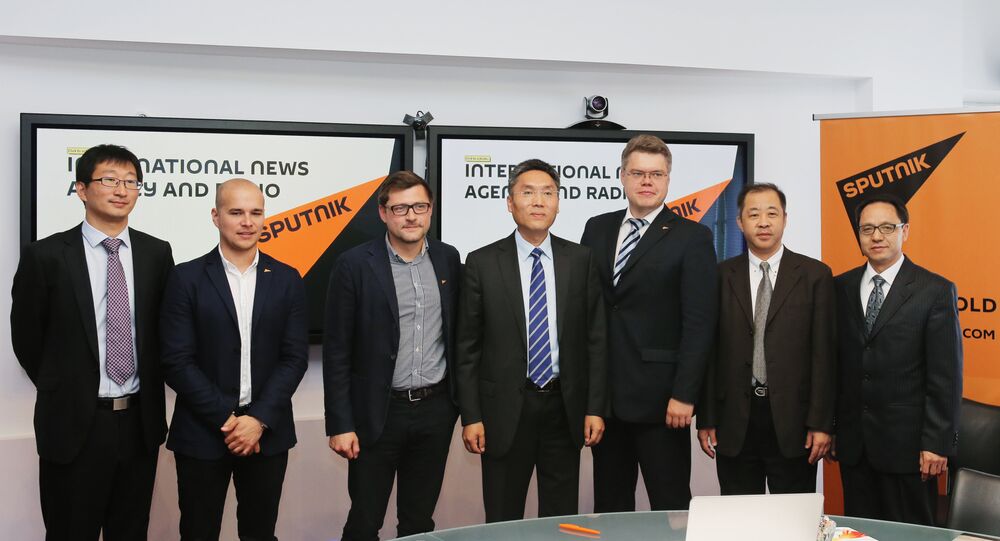 Both parties have agreed to promote bilateral professional ties in order to strengthen Russian-Chinese relations in science, technology, and the media. Sputnik and Keji Ribao will focus on covering and promoting the results of innovative  Russian and Chinese research.

"The agreement with Keji Ribao will allow us to inform our multimillion audiences about the latest Chinese inventions, discoveries and research achievements. It is also a wonderful opportunity to tell the Chinese public about the accomplishments of Russian researchers and the research and experiments that make us proud," said Sputnik Deputy Editor-in-Chief Sergei Kochetkov.

"Keji Ribao is a leading Chinese newspaper that reports about science, technology and politics. We intend to strengthen our cooperation with Sputnik, which operates an international radio station, website and a news wire service, in order to create a joint platform for publishing information on politics and science and technology innovations in Russia and China. We hope that our cooperation, which has been launched by this agreement, will be lasting and successful," said Li Ping, Chief of Keji Ribao/Science and Technology Daily (wokeji.com).

Keji Ribao/Science and Technology Daily (wokeji.com) is an official newspaper of the Chinese Ministry of Science and Technology. It was established in 1986. It is published in Chinese and distributed in 31 provinces of the country and has bureaus at the UN and in the US, the UK, France, Germany, Russia, Canada, Japan, South Korea, South Africa, Israel, Brazil, and other technologically advanced countries. It mostly reports on research achievements in China and other countries as well as on innovations, expert opinions, modern military technology, education, information technology, healthcare and medicine, and much more.

Sputnik Photographer Captures Hellscape of Ramadi After Liberation from Daesh