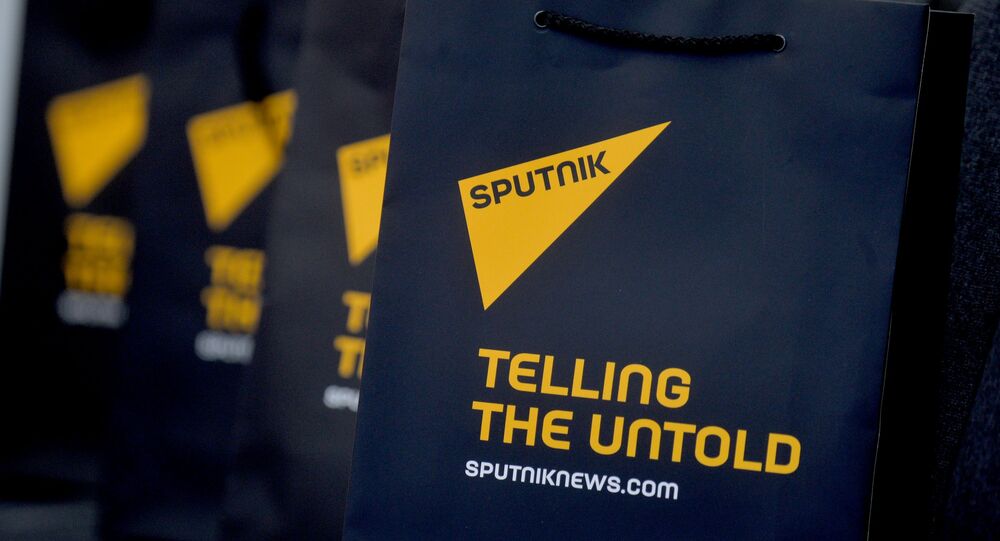 MINSK (SPUTNIK) - The opening ceremony, timed to coincide with the 20th anniversary of the signing of the first strategic partnership treaty between Belarus and Russia, was attended by Belarusian Information Minister Lilia Ananich, Russian Ambassador to Belarus Alexander Surikov and Rossiya Segodnya Director General Dmitry Kiselеv. The event took the form of a video conference between Moscow and Minsk.

The dialogue between video conference participants focused on integration and the information partnership between the two countries to provide broad coverage of major political, socioeconomic, cultural, scientific, education and sports events and to strengthen the traditional ties between the two states.

© Sputnik / Alexei Filippov
Sputnik Photojournalist Awarded Prize at China Int’l Press Photo Contest
A photo exhibition to mark the 20th anniversary of the signing of the first strategic partnership treaty between Belarus and Russia was also presented to participants and guests. It included 22 photos featuring portraits of Russian and Belarusian politicians from 1996-2016 who made a major contribution to the development of integration processes between the two states.

The Sputnik multimedia press center in Belarus (86 Kommunisticheskaya Street, Minsk) is a modern media platform whose high-tech equipment makes it possible to hold events in a variety of formats, from live TV broadcasts to video conferences with different corners of the world. Guests and journalists have at their disposal a convenient 40-seater press hall and infrastructure for the reception and transmission of information, including wi-fi access and a simultaneous interpretation systems.

The press center's immediate plans include events to highlight Belarus's political and economic development, infrastructure projects, developments in the social and labor spheres and culture and sports issues. Future events will also address issues related to the development of territories affected by the Chernobyl nuclear disaster.