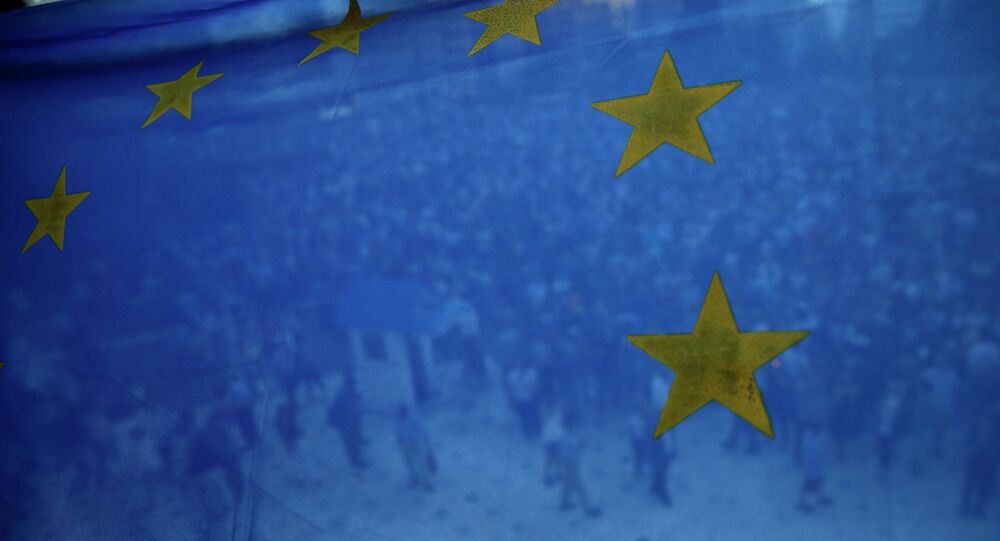 According to Sputnik.Polls, the majority of Italians (66%), Germans (63%) and the French (63%) want to be involved in decisions regarding the conclusion of EU association agreements* with other countries through national referendums.

MOSCOW (Sputnik) – The survey was conducted by the opinion poll companies Populus and Ifop for Sputnik News Agency and Radio.

A referendum on the EU-Ukraine association agreement will take place in the Netherlands on April 6.

According to Sputnik.Polls, Italians are most enthusiastic about holding referendums on such deals with other countries. Sixty-six percent of Italians would like to hold a referendum before concluding an association agreement with any new country.

The German and French public broadly share the sentiment, with 63% of respondents in each country in favor of putting the issue to a vote.

© Flickr / European Parliament
The Dutch Are to Oppose EU-Ukraine Association Treaty in Referendum
The percentage of those who were against holding a referendum ‒ 23%, 20% and 18% in Germany, France and Italy, respectively ‒ was significantly lower than those who backed such a proposal.

The British public is less definitive about the issue. A rather high percentage of those polled there support the idea of a referendum (43%), however, the share of the public that is unsure either way is also high (40% of people answered “I don’t know”).

*Ukraine and the EU signed an association agreement that establishes a political and economic association between the parties, as well as a free trade area. According to the agreement, Ukraine must also bring its economy and laws into line with EU requirements. Association is a necessary step on the way to full membership.