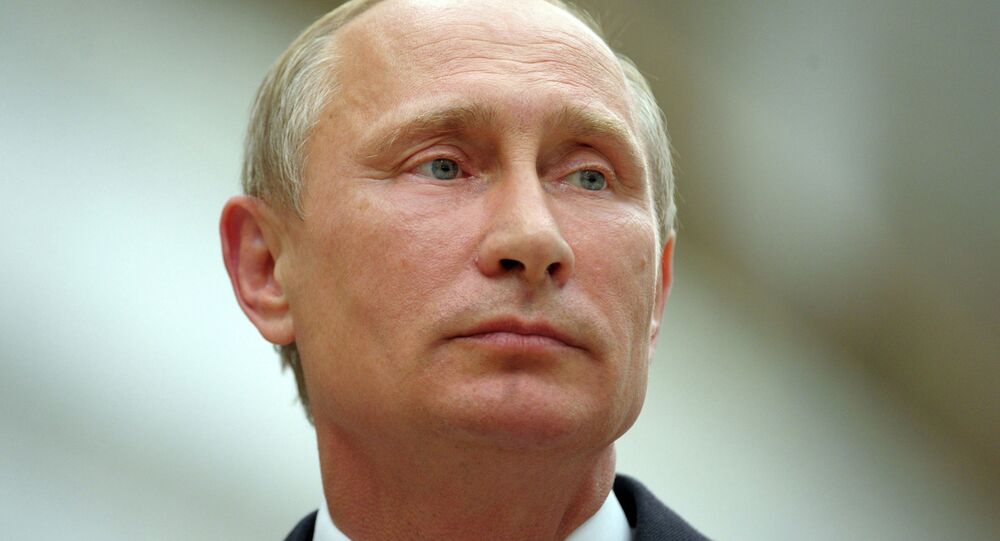 "The Media Persons rating reflects the audience's interest toward particular events and personalities. It is a very interesting data set, which often does not coincide with a news picture of the day. Rossiya Segodnya is a leader in the number of followers from various social networking sites in Russia, such as Facebook, Twitter, Vkontakte, thus understanding interests of the social networking audience becomes increasingly important," Rossiya Segodnya research center head Elena Slinko said.

Ukrainian President Petro Poroshenko got the second place in Top 30 Media Persons rating, with about 2 million fewer mentions than Putin.

US President Barack Obama, who is in the third place, was referred to 824,129 times in Russian media.

In order to create the list, more than 567 million Russian language texts from social networking websites, and almost 4.9 million media notes were analyzed.

Brand Analytics project head Natalia Sokolova said that the modern reality requires new tools and new methods of work with the growing information volumes not only in journalism, but also in marketing, corporate analytics, and personal information "filtration." Developing such tools is the company's goal, she said.

Sokolova also highlighted that the company's cooperation with Rossiya Segodnya is very promising, as the agency is expanding its presence in various parts of the world, with plans to launch new projects and conduct research on its foreign audience, meaning that Brand Analytics' advanced features would be relevant.