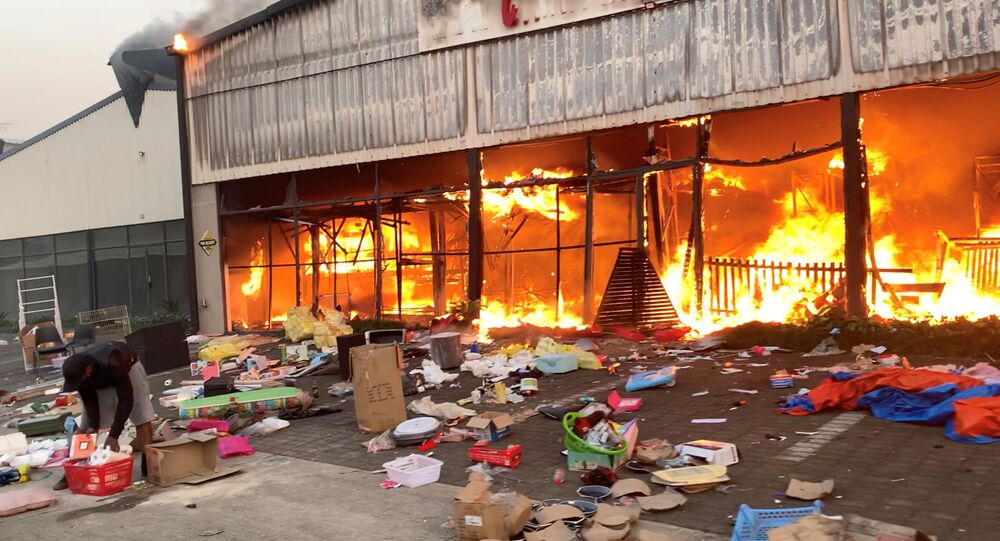 The jailing of former President Jacob Zuma last week in a corruption case has triggered massive violence across South Africa. Despite the deployment of security personnel in the streets of major cities, incidents of violence have continued in several parts of the country, including in suburbs dominated by ethnic Indians.

Amid rising cases of vandalism and looting in South Africa, Indian Foreign Minister S. Jaishankar called his South African counterpart Naledi Pandor to receive an update on the safety of Indians and South Africans of Indian descent in the violence-stricken country.

Government sources in New Delhi said that the South African side had assured that their government is doing its utmost to enforce law and order and asserted that an early restoration of normalcy and peace was its overriding priority. “They expected the situation to improve soon”, sources underlined.

“The South African side conveyed that opportunistic elements were taking advantage of the situation to engage in looting and violence. They emphasised that the ongoing events were criminal in nature and not political or racially motivated”, Indian officials said.

Arson and looting engulfed South Africa after Jacob Zuma, who served as the country's president between 2009 and 2018, turned himself in to the police on 7 July to serve a 15-month jail term ordered by the Supreme Court for defying an order in a corruption case related to an Indian firm. Zuma’s supporters have claimed that he is the victim of a witch hunt orchestrated by political opponents.

Mall in South Africa poured oil all over the ground to try and slow down looters. pic.twitter.com/TYsrk0QGEf

​The South African Defence Ministry has asked President Cyril Ramaphosa to allow it to deploy 25,000 additional troops on the streets after the government registered 208 incidents of looting and vandalism on Wednesday.

So far, 72 people have been killed while more than 1,200 people have been arrested. The government fears that people may face food and fuel shortages due to the unrest, as looting has crippled supply chains and transport links in the south-eastern province of KwaZulu-Natal.