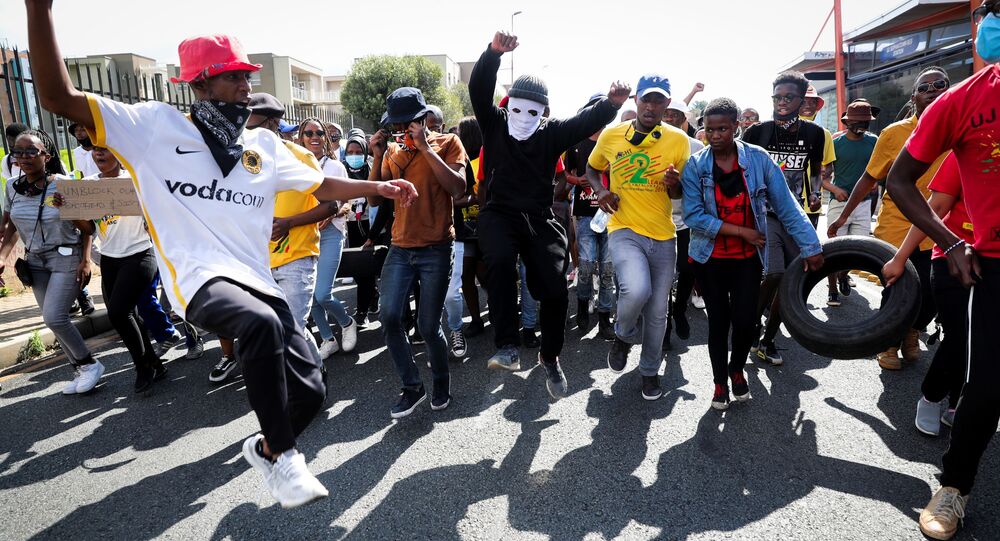 WASHINGTON (Sputnik) - The United Nations Children's Fund (UNICEF) is calling on the residents of South Africa to remain peaceful and the country's authorities to exercise restraint amid the unrest prompted by the jailing of former President Jacob Zuma, UNICEF Chief of Communication and Partnerships in South Africa Toby Fricker told Sputnik.

"UNICEF, as part of the UN in South Africa, urges all South Africans to remain peaceful in the midst of the current pandemic, to respect COVID-19 protocols, and to assist the government in facilitating the ongoing vaccination roll out without interruptions", Fricker said. "The UN in South Africa also calls upon all law enforcement agents to exercise restraint and respect their human rights obligations including making full use of the UN Guidance on Less-Lethal Weapons in Law Enforcement in their operations to maintain peace".

Fricker said the unrest will only exacerbate the existing social and economic hardships in South Africa, including joblessness, poverty, and inequality as well as the future of children.

"Children have been caught in the violence and unrest across parts of South Africa and need to be protected", Fricker said. "UNICEF is deeply concerned about the impact of ongoing violence and civil unrest that started last weekend on the safety and well-being of children across South Africa".

Fricker also stated that UNICEF is saddened about the reported death of a 15-year-old boy during the unrest and the horrifying situations children have found themselves in.

"Shocking images that have been widely shared also show a toddler having to be thrown from a building to be rescued from a fire in Durban", he said. "The last few days of violence also comes at a time when the country is battling a third COVID-19 wave and with schools closed, due to high COVID-19 infection rates, children could be further exposed to the violence".

On Friday, protests erupted in South Africa following the news that the authorities had jailed former President Zuma. The first wave of unrest began in KwaZulu-Natal and has since spilled over to South Africa's economic capital Johannesburg in Gauteng Province.

The protests turned into riots with looting and acts of vandalism. On Monday, the government dispatched troops to quell the unrest.

Zuma, 79, turned himself in on 7 July to begin serving a 15-month sentence he was handed for contempt of court after skipping a corruption trial.