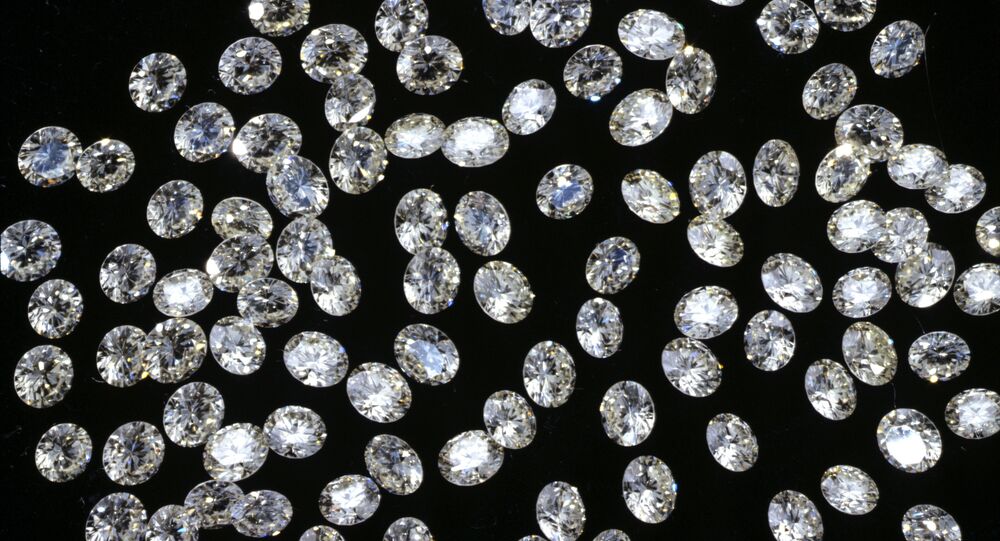 Snatch! $140 Mln Worth of Diamonds Mysteriously Disappear in Zimbabwe

According to authorities, some of the gems were snatched by local customers and then sent to foreign countries.

Round diamonds that weighed a total of 350,000 carats (70 kilogrammes or roughly 154 pounds) and worth around $140 million have vanished from repositories of the Minerals Marketing Corporation of Zimbabwe (MMCZ) and Zimbabwe Consolidated Diamond Company (ZCDC), the website New Zimbabwe has reported.

In a recently issued 2019 report by Auditor-General Mildred Chiri, neither of the entities are able to locate the gems that should have been in their vaults. At the same time, the report suggested there were serious diamond stock reconciliation loopholes, providing vast opportunities for looting.

"In 2019, 297,660.41 carats of diamond stock held at MMCZ was not counted at the time of the stock count. These parcels were packed for customers and held at MMCZ. However, at year-end, during the stock count, these stocks were not included in closing inventories", Chiri said.

"During the financial period ended 31 December 2019, ZCDC sold diamonds to local customers in local currency (Zimbabwe Dollars) instead of United States Dollars. ZCDC indicated that it was instructed by the Ministry of Mines and Mining Development to sell diamonds in local currency and the directive was said to be in compliance with the SI 33 of 2019 which promulgated the 1:1 exchange parity between the US Dollar and the Zimbabwean Dollar", she noted

The auditor added that there is "a high possibility that the diamonds were stolen".

Addressing the situation, the Parliamentary Portfolio Committee on Mines and Mining Development, as well as the national minerals watchdog, the Zimbabwe Environmental Law Association (ZELA), demanded an official inquiry into the vanishing of the precious diamonds.