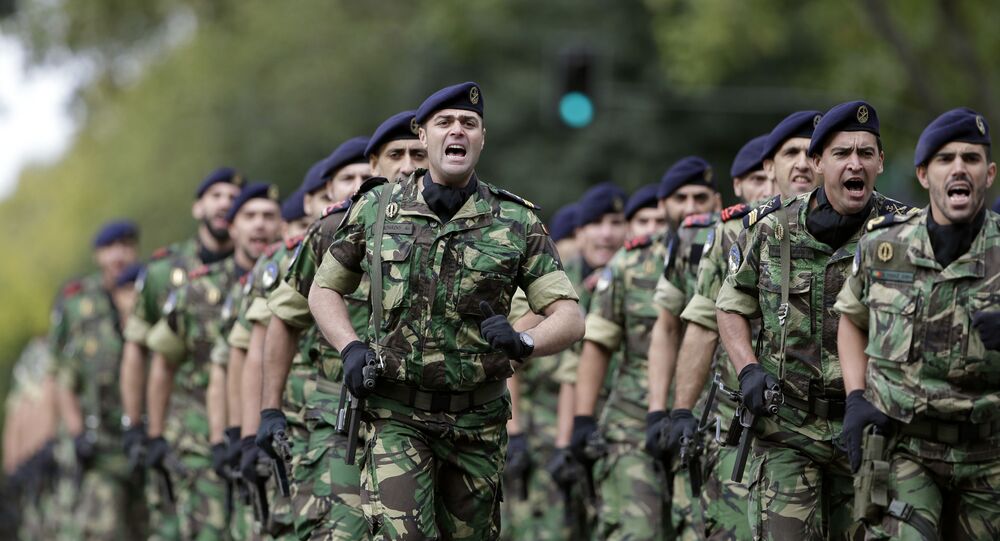 Mozambique’s ability to adequately fund government ministries - including its military - has been hamstrung by tight fiscal rules imposed by the International Monetary Fund as conditions for accepting loans. Now, Maputo must reluctantly invite foreign forces onto its territory, something its fiercely independent government has long resisted doing.

The European Union has created a two-year military force it will deploy to Mozambique to train that country’s troops amid a growing insurgency in Cabo Delgado province. The news comes as several African nations prepare to send their own forces - and fears that all the deployments could butt heads.

According to a Monday statement by the European Union, the mandate will initially last for two years, during which the EU Training Mission Mozambique (EUTM Mozambique) will “support the capacity building of the units of the Mozambican armed forces that will be part of a future Quick Reaction Force."

"The aim of the mission is to train and support the Mozambican armed forces in protecting the civilian population and restoring safety and security in the Cabo Delgado province," the statement added. It did not say the size of the force that would be sent, which will be led by Portugal, the former colonial power from which Mozambique won independence in 1975.

Mozambique’s northern Cabo Delgado Province is home to the country’s most valuable natural resources, including rubies and liquid natural gas - but also to an insurgency that has steadily grown since 2017, in large part fueled by the pressures put on the region’s impoverished Muslim population by new mining exploration and construction projects. Nearly 3,000 people have been killed in the violence, which has sent another 800,000 fleeing to safety, and the cash-strapped Mozambican military has struggled to put down the revolt, even with the help of hired mercenary groups.

Reluctantly, Maputo has called on its international partners for help, including Portugal and the South African Development Community (SADC), which maintains a mutual defense pact. However, it’s also reached out to other African nations, including Rwanda, which pre-empted SADC by sending a separate force to Cabo Delgado last week.

A Maze of Foreign Armies

The Rwandan Ministry of Defense announced on July 9 it was sending a force of 1,000 troops to help “to restore Mozambican state authority by conducting combat and security operations, as well as stabilisation and security-sector reform (SSR).”

​However, some members of SADC don’t seem quite so optimistic about that forecast.

In a Saturday interview with South African Broadcasting Corporation (SABC), South African Defense Minister Nosiviwe Mapisa-Nqakula said it was “unfortunate” that Kigali had jumped the gun, because it was anticipated Rwandan troops would have gone in under a SADC mandate. Rwanda is not a member of the bloc.

The first scout elements of SADC’s standby force are expected to be deployed to Cabo Delgado on July 15, but Mapisa-Nqakula said much still must be ironed out, including which nation will lead the 3,000-strong standby brigade. According to South African outlet Daily Maverick, SADC planners had expected it would be led by a South African general, with a colonel from Botswana as their deputy. However, Mozambican President Felipe Nyusi has remained adamant that all troops in Mozambique will be under Mozambican command.

Under separate deals, Portugal and the United States have also both sent military instructors to train Mozambican forces, although Lisbon has committed to sending a force of 1,500 this year.

Cabo Delgado is one of Mozambique’s poorest provinces and home to most of the country’s Muslim minority. As frustration over land evictions and exploitative multinational mining firms has boiled over, disaffected youth have taken up arms, first against police, then against civilian targets. They call themselves Ansar as-Sunna but are known locally as ‘Al-Shabab”* (“the youth” in Arabic); they are not affiliated with the Somali group of the same name. However, the group has declared its allegiance to Daesh*, but experts say the claim is purely formal, and there are no demonstrable material links between the Cabo Delgado rebels and the terrorist group in Iraq and Syria.

Only after the threat to the LNG projects - and the likelihood of a future LNG supply crunch - was made palpable did the European Union show serious interest in what was happening in Mozambique. The projects are some of Africa’s largest, totalling some $50 billion in investments by Total, ExxonMobil, Eni, and China National Petroleum Corporation (CNPC).

In April, Total declared force majeure on its $20 billion project at Afungi after al-Shabab stormed the port city of Palma, briefly capturing it, killing 55 people and sending half the city’s 75,000 people fleeing to safety.

*Al-Shabab, Daesh (IS/ISIL/ISIS) - terrorist groups banned in Russia and many other countries

Macron Reveals Only Half of 5,000-Strong Barkhane Force Leaving Africa, Despite Claimed End of Ops