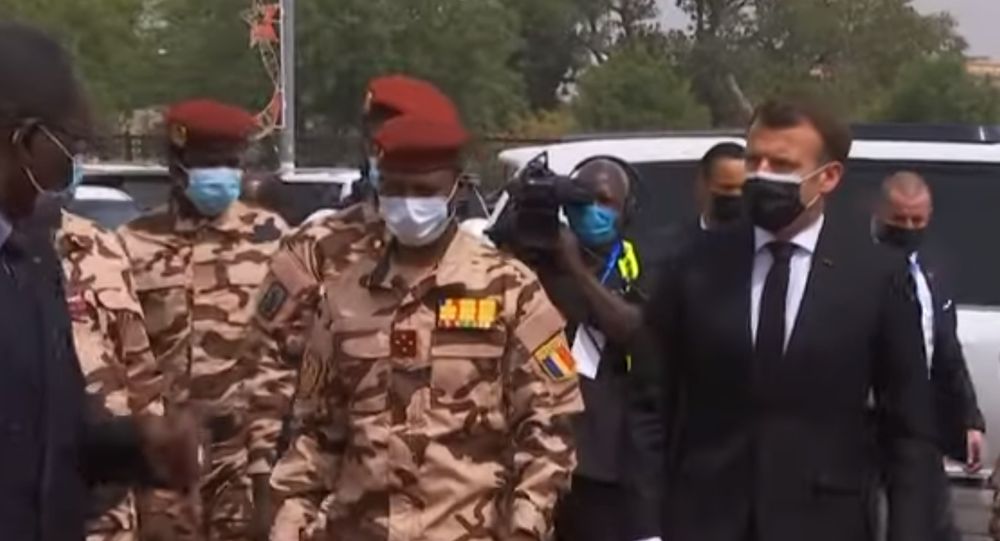 French President Emmanuel Macron on Tuesday pledged to increase aid to Chad after that country’s interim leader, Mahamat Idriss Deby Itno, said it would be needed in order to achieve the internationally-mandated 18-month transition to democratic rule following the death of his father in April.

Macron said Tuesday after two days of meetings with Deby Itno at the Palais de l'Élysée in Paris that “everything should be done to achieve the objectives of an inclusive, peaceful and successful transition in line with the provisions laid out by the African Union.”

Deby Itno, who heads the so-called Military Transition Council that seized power following the death of his father, Idris Deby, in battle in April, has pledged to hold “free and transparent” elections within 18 months, but warned that without international help the transitional process could take longer.

Deby Itno left N’Djamena for Paris on Sunday on what his government described as “a visit of friendship and work,” according to Africa News.

Before he was killed in battle with rebels outside the capital on April 20, Idris Deby had ruled the Sahelian nation for 30 years with the support of France, who got a reliable ally in central Africa out of the partnership. Chad was once a colony of France, and Paris has continued to involve itself in Chadian politics since its formal departure in 1960. Most recently, the capital of N’Djamena served as the headquarters of Operation Barkhane, Paris’ War on Terror-style campaign against Islamist groups across the Sahel.

After Deby’s death, the military decided within hours to form a transitional council and place the 37-year-old Deby Itno, a veteran of the Barkhane campaign, at the head. As Sputnik reported at the time, this was done in violation of the Chadian constitution’s outlined path for succession.

The day of Deby’s funeral, Macron declared France was an “unwavering” friend of Chad, throwing his weight behind Deby Itno’s junta. Then in June, Macron announced the end of Barkhane after another coup in Mali ousted a civilian-led transitional government. However, it is likely Macron used the coup as an excuse to end an unpopular war as he begins his re-election campaign for elections next year. He also recently pulled French troops out of the Central African Republic, which European parliamentarians have recently said did little to improve that country’s military after five years of training.

Macron has long sought to shift the burden of fighting terrorist and insurgent groups to local governments, and encouraged the G5 Sahel nations - all former French colonies - to continue the fight after French troops leave. US Africa Command has adopted a similar policy, training local surrogate forces under its 127-Echo program to take the place of US troops so they can be shifted to the Indo-Pacific as part of Washington’s “great power competition” strategy against Russia and China.

However, while much of the 5,100-strong Barkhane force will soon leave Africa, several hundred French troops will remain in West Africa as part of the Takuba Task Force, a special operations group hunting Islamist groups in Mali, Niger and Burkina Faso. Macron hailed Deby Itno’s decision on Tuesday to “continue the fight against terrorist groups, both bilaterally and in multilateral commitments” with the Takuba Task Force and the European Union’s Common Security and Defense Policy (PSDC).

Macron also spoke on Tuesday of a “quick treatment of Chadian debt” under the G20 common framework. Chad asked the International Monetary Fund to restructure its debt in January, the first nation to do so after the G20 agreed to a new streamlined system. At the time of its request, N’Djamena’s public or publicly guaranteed debt was $2.8 billion, or 25.6% of its gross domestic product.

Half of that debt is oil-backed and owed to Glencore, an Anglo-Swiss multinational that operates several oil fields in southern Chad and which also bailed out the Chadian government in 2018.