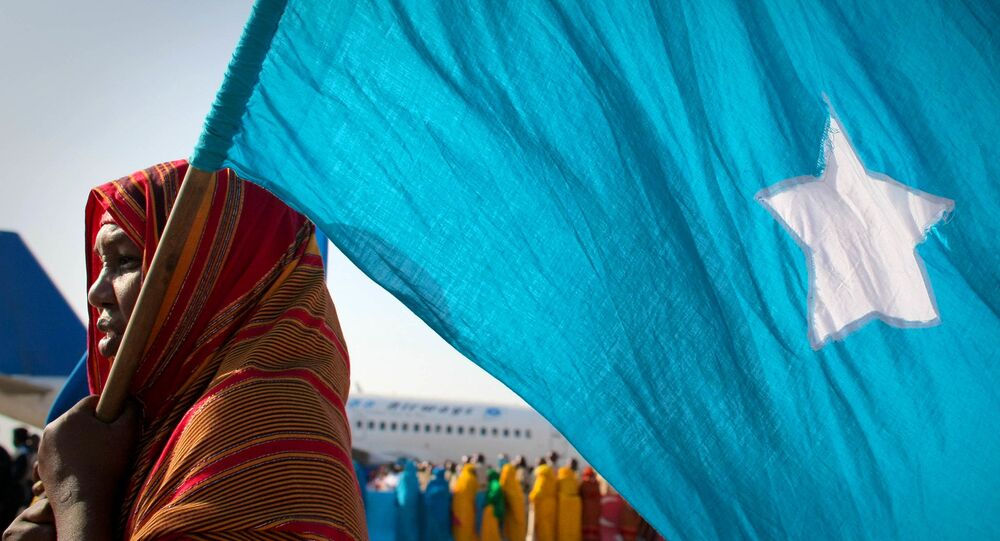 Somalia’s military, long structured along clan lines, has struggled to integrate its forces and unite them around a national identity, allowing units to fracture along the lines of regional disagreements and threatening a return to civil war.

The Somali government has announced a timetable for presidential elections to be held, signalling that a months-long political crisis could soon be at an end. However, not all tensions between the nation’s powerful states have yet been resolved, including the central debate over just how the vote should be structured.

The office of Somali Prime Minister Mohamed Hussein Roble on Tuesday laid out the timetable for the elections, which will be indirect. First, elections to the Senate, parliament’s upper house, will be held on July 25, then elections to the House of the People, the lower house, will come between August 10 and September 10; finally, the newly elected legislature will vote on October 10 on who the next president will be.

Further, the votes for the 275 representatives in the House of the People will be cast not by popular vote, but by 101 special delegates chosen by clan elders. Senate candidates are nominated by presidents of Somalia’s five states, who are then endorsed by local legislatures. There are 54 seats in the Senate.

"I commend the leaders of the council and hope the election will be a peaceful and transparent one, based on the agreed-upon schedule and processes," Roble said, according to AFP.

The elections were originally supposed to be held in December 2020, following an agreement hammered out in September of that year in which all parties broadly agreed on indirect elections that would respect the power of the country’s traditional tribal elders. However, with many of the finer but necessary details yet to be hammered out, the vote was postponed indefinitely and the term of President Mohamed Abdullahi Mohamed, better known as “Farmaajo,” was extended past its February 2021 expiration.

Farmaajo, who favored a one-person-one-vote scheme not used since 1969, briefly received support from the House of the People, parliament’s lower house, for a two-year extension of his term in order to solidify the election structure. However, his support quickly crumbled as elements of the army loyal to those states who wanted an indirect system mutinied and took up positions in the capital. As the sound of firefights rang out, thousands fearing a return to civil war fled the city. Many critics derided Farmaajo’s move as a power grab and an attempted return to dictatorship.

By late April, Farmaajo had walked back his term extension, but the opposition demanded election protocols be decided upon within 60 days.

The agreement almost didn’t happen: Ali Gudlawe, president of Hirshabelle state and a close ally of Farmaajo, reportedly boycotted the second of the two-day consultations in Mogadishu. According to Garowe Online, the National Consultative Forum reached its final agreement without him.

Hirshabelle was one of three states that backed Farmaajo’s push for a one-person-one-vote election, alongside Galmudug and South-West.

US Troops Could Soon Return

Somalia is a land rich in natural resources, including petroleum, exploration of which was halted for many years as civil war raged in the 1990s and 2000s, but has resumed in recent years. Under Farmaajo, Mogadishu has grown close to the United States, which has waged an undeclared war against the Al-Qaeda-connected militia group Al-Shabaab.

Former US President Donald Trump pulled roughly 700 US troops out of Somalia in December 2020, but as Sputnik has reported, clandestine operations have continued and US forces have “commuted” to work in Somalia from their new bases in Djibouti or Kenya. The situation reportedly has the Biden administration reconsidering Trump’s decision.

“I’ve been communicating back and forth with my civilian leaders in the Department of Defense, the Secretary of Defense, giving him options,” US Army Gen. Stephen Townsend, the commander of US Africa Command, said on Tuesday at the European Union Defense Washington Forum. “And I think we’ll keep those options right where they should be, in private communications with the Secretary Defense, so our civilian leaders have the opportunity to make their decisions.”

“There’s really no denying that our … fairly sudden repositioning out of Somalia earlier this year has introduced new layers of risk and complexity to our mission there,” Townsend said. “So, what we’re trying to do is manage that risk and complexity as we still try to help our African partners with their security challenges.”

“I would say, though, that there’s really no denying our repositioning - fairly sudden repositioning - out of Somalia earlier this year has introduced new layers of risk and complexity to our mission there,” he added. “Right now, we’re commuting back and forth to work.”