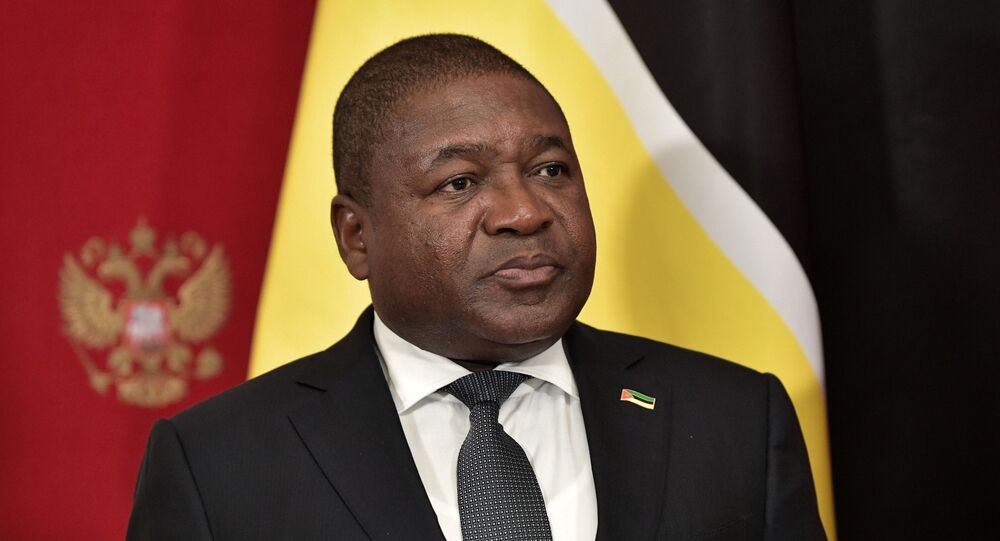 Ansar as-Sunna claims to have joined Daesh, sending many scrambling to crush what they fear is the nucleus of a radical Muslim movement in Mozambique. However, security experts have said the poor region needs “dialogue and development” to root out radicalism and end the violence, not to be flooded with troops.

On Wednesday, the Southern African Development Community (SADC) approved deployment of a “standby force” to Mozambique, and Reuters reported that the European Union was likely to decide on its own deployment there next month, where nearly 1 million people have been displaced by a growing insurgency.

The 16-member SADC, chaired by Mozambican President Filipe Nyusi and hosted in the capital of Maputo, approved creation of a “Standby Force in support of Mozambique to combat terrorism and acts of violent extremism in Cabo Delgado,” SADC Executive Secretary Stergomena Lawrence Tax said, according to Al Jazeera.

The troops will buttress the Mozambican military and the private military contractors it has hired to combat Ansar as-Sunna, a Muslim militia in the northern Cabo Delgado province that has formally pledged itself to Daesh, although the substance of the group’s claim remains largely in question.

Tax gave little other information about the force. At an April meeting also held in Maputo, SADC members had suggested a 3,000-soldier force based on a revived Force Intervention Brigade (FIB), an entity created in 2013 as part of the United Nations Organization Stabilization Mission in the DRC (MONUSCO) that was entirely staffed by South African, Tanzanian, and Malawian troops.

A SADC Summit in Maputo today has agreed a deployment of a SADC standby force to Mozambique to combat terrorism and acts of violent extremism pic.twitter.com/ewDjOuFhB8

A veteran of the FRELIMO liberation front’s war of independence against Portugal, Nyusi has been hesitant to allow foreign troops on Mozambican soil. However, shrinking state budgets mandated by International Monetary Fund loan deals have left the country’s army without the manpower to deal with the insurgency, so Nyusi reluctantly invoked SADC’s mutual defense pact late last month.

“We know in which areas we need support and which areas are up to us, Mozambicans, to solve,” Nyusi said in April. “Those who arrive from abroad will not replace us, they will support us. This is not about pride, it’s about sovereignty.”

According to The Conversation, there is no precedent for SADC to intervene in a nation without the cooperation of a United Nations mission. Past incidents where troops were deployed to other African nations to keep unrest under control, such as the international deployments to the Democratic Republic of the Congo in 1998, helped make the situation even worse. The DRC soon spiraled into an even larger war than before, which threatened to envelop the majority of Africa.

SADC aren’t the only troops likely to be headed to Mozambique soon. Also on Wednesday, Portuguese Foreign Minister Augusto Santos Silva told lawmakers he expected the July 12 meeting of European Union foreign ministers to give its approval to deployment of an EU force, as well.

EU foreign policy chief Josep Borrell said in early May the bloc wanted to send troops “as soon as possible.” He has been one of the leading voices in the creation of a 5,000-strong rapid reaction force. However, Portugal has already separately signed a deal with Maputo last December to deploy up to 1,500 troops, so it’s unclear if Lisbon would also send troops in an EU deployment, as well.

US Africa Command also has sent a small number of troops to train Mozambican forces. On Tuesday, US Africa Command deputy commander Lt. Gen. Kirk Smith said in a press conference that Special Operations forces had recently trained with Mozambican marines and “to kind of get a sense of how we can potentially understand the situation better.”

A US embassy press release from earlier this month announced the training of 40 medical personnel by AFRICOM troops.

Ansar as-Sunna, which is known by locals as “al-Shabab” (“the youth”), but is unaffiliated with the Somali group of the same name, has taken root in Mozambique’s impoverished north, where much of the country’s Muslim minority lives. It is also where some of its most valuable natural resources are found, including natural gas and rubies, both of which are extensively mined by foreign multinational corporations.

As Sputnik has reported, these extraction projects have resulted in both the exploitation and displacement of local communities, and the private security forces hired by the oil firms have committed atrocities, all of which has helped fuel resentment and desperation among the people of Cabo Delgado.

The gas projects are among the largest in Africa. In April, French gas giant Total declared force majeure on its $20 billion Afungi Liquefied Natural Gas (LNG) in Cabo Delgado, which will facilitate offshore mining. US-based ExxonMobil and Italy-based Eni also have a $4.7 billion project and a third project by ExxonMobil, Eni and the China National Petroleum Corporation (CNPC) is a whopping $30 billion, but has not yet been approved.

Since the first violent attacks on police began in 2017, the movement has steadily grown and in March 2021 mounted an attack on Palma, the region’s largest city, killing 55 people and sending half the population of 75,000 fleeing to safety. In all, an estimated 800,000 people have been displaced by the violence and 3,000 killed.

Abdullahi Boru Halakhe, an expert on governance, security and peace in Africa, warned in a May op-ed in Al Jazeera that further militarization will only amplify the problems in Cabo Delgado, not solve them.

“But as seen elsewhere in Africa and in the last four years in Mozambique, militarisation does not curb violence – it brings more abuse, resentment and consequently, more violence,” Halakhe wrote. “In the end, the Mozambican government is unlikely to end the violent insurgency in Cabo Delgado through further militarization. Defeating Ansar al-Sunna requires not more troops and weapons, but dialogue and development. If the local authorities and their regional and international partners fail to see this, the region will see more violence, conflict, and death.”

Amid LNG Impact Fears, EU Aims to Send Troops Against Mozambique Insurgency ‘As Soon as Possible’