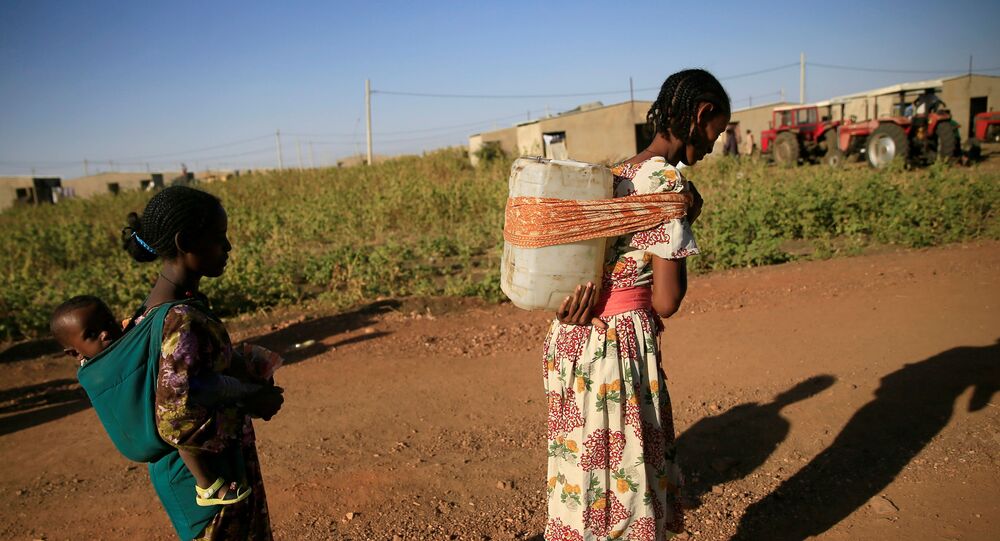 Over 50 People Killed, More Than 100 Injured in Airstrike in Ethiopia's Tigray, Reports Say

MOSCOW (Sputnik) - More than 50 people were killed, over 100 were injured in an airstrike in the Tigray region of Ethiopia, at least 33 are reported missing, the Associated Press reported, citing doctors.

Earlier, media reported that dozens of people had been killed in an airstrike in the Tigray region in northern Ethiopia. According to eyewitnesses, the shell exploded on Tuesday afternoon in the city of Togoga on "market day."

According to the agency, at least 51 people were killed in the airstrike.

The victims were sent to the Mekele hospital. There are children among them.

On 4 November 2020, the Ethiopian authorities accused the opposition Tigray People's Liberation Front (TPLF) of attacking a military base and mobilized troops, claiming that NPLT "armed and organized irregular militia units." Ethiopian troops launched a military operation in Tigray, where a state of emergency was declared for six months. Late last year, Tigray leader Debretsion Gebremichael announced that Eritrea had sent troops across the border in support of Ethiopian government forces.