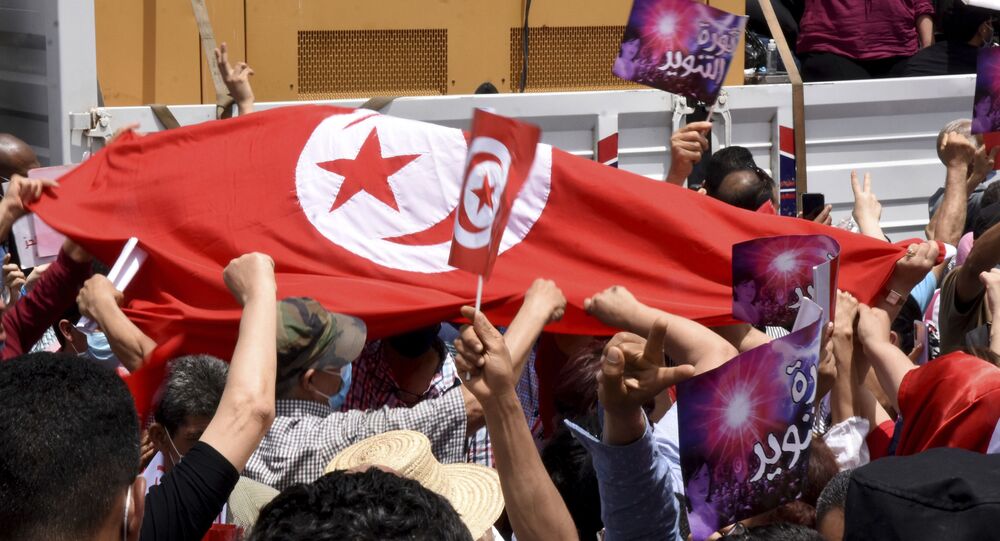 Protests in Tunis have entered their sixth day after a young man died in police custody on Tuesday following a severe beating by police that was filmed and posted on social media. The Interior Ministry has denied responsibility, but the UN and human rights groups say the police have yet to fully reform following the 2011 revolution.

On Monday, the United Nations human rights office in Tunisia criticized the conduct of Tunisian police after nearly a week of protests set off by a video posted on social media of Tunis police beating a young man to death.

A second video of police brutality, in which police are seen beating a naked minor, emerged soon after the first, further fanning flames of anger. Both incidents took place in the neighborhood of Sidi Hassine.

The UN Office of the High Commissioner on Human Rights (OHCHR) said that “serious and repeated violations since the beginning of the year reveal continuing dysfunctions within the internal security services,” according to Reuters.

​Protesters have thrown sticks, water bottles, fireworks, and other objects at police, who have responded with tear gas and the arrests of several dozen people. According to AFP, a prominent part of the demonstrations have been the mothers of other victims of police violence.

The Tunisian League of Human Rights (LTDH) has also denounced violence against demonstrators, saying that Prime Minister Hichem Mechichi, who is also the country’s interior minister, is trying to “silence the voices of protest.” Mechichi denied the allegations.

Tunisia’s independent High Human Rights Commission on Thursday said that incidents like those in Sidi Hassine risk undermining “confidence in the state and its institutions.”

These protests follow demonstrations earlier this month sparked by an announcement that the prices of basic goods would rise.

In January, larger protests erupted over similar causes - corruption, poverty, and police brutality - and more than 2,000 protesters were arrested and at least one person was killed. Mechichi maintained that security forces acted “professionally,” but acknowledged that inequality lay at the heart of the demonstrators’ anger.

A 2018 report by a DC-based think tank found that while police reform was a major demand behind the 2011 protests that brought down President Zine El Abidine Ben Ali’s regime and sparked the Arab Spring protests, there have been no serious attempts at reform and “torture and other police abuse have continued with impunity.”

Tunisia has also suffered the highest death rate of any African country from the COVID-19 pandemic. While it escaped the earliest phase of the pandemic, the relaxation of lockdown restrictions caused a rise in cases and now the country has seen more than 368,000 cases and 13,500 deaths, out of a population of 12 million. Health experts predict the death toll could hit 50,000 by September if the spread remains unchecked.

Neoliberal economic reforms weakened Tunisia’s economy and the COVID-19 pandemic sent it into a tailspin, with gross domestic product shrinking by 8.9% in 2020 and unemployment reaching as high as 18%. In the first quarter of 2021, the economy shrank a further 3%, according to the Tunisian State Statistics Institute, while foreign debt is now 100% of the GDP, or 100 billion dinars (€30 billion).

The International Monetary Fund has demanded substantial reductions in the Tunisian state budget, particularly the slashing of civil service payrolls and state subsidies on essential goods, before it will extend Tunis another budget-saving loan - its fourth in the 10 years following the regime change. The state Tunisian General Labour Union (UGTT), with more than a million members, is strongly resisting these cuts.